Raid Shadow Legends Campaign Champions that are ranked based on their usability in speed farming campaign stages or used for 3 Starring Campaign Stages using only 2 champions within the time limit of 10 minutes without any death! 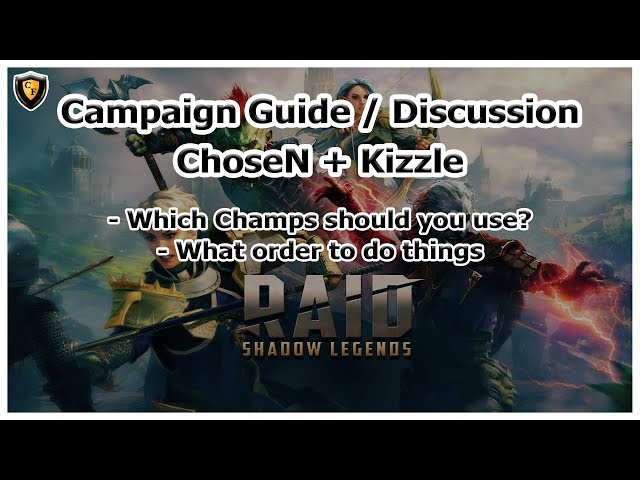