Tuhanarak is a Legendary Support Void champion from Barbarians faction in Raid Shadow Legends, where she can be obtained from Ancient Shards and Sacred Shards. Tuhanarak was added into the game in Patch 4.40. She applies Increase Speed and Increase Defense Buff on her allies and inflicts Decrease Attack and Block Buff debuffs on enemies as well as spreading those debuff to other enemies. In addition, Tuhanarak’s has a passive skill similar to Doompriest where she can remove debuff from allies upon reaching her turn. This makes her a formidable champion as she can provide both support and debuffing capabilities, making her viable in many areas of the game from early-mid-late game. The best part is she can help boost your game progression significantly regardless where you are at in your game account!

Inviolable [Passive]
Removes 1 random debuff from all allies at the start of each turn. Removes 2 random debuffs instead from allies under [Continuous Heal]

Aura
Increases Ally ACC in all battles by 70. 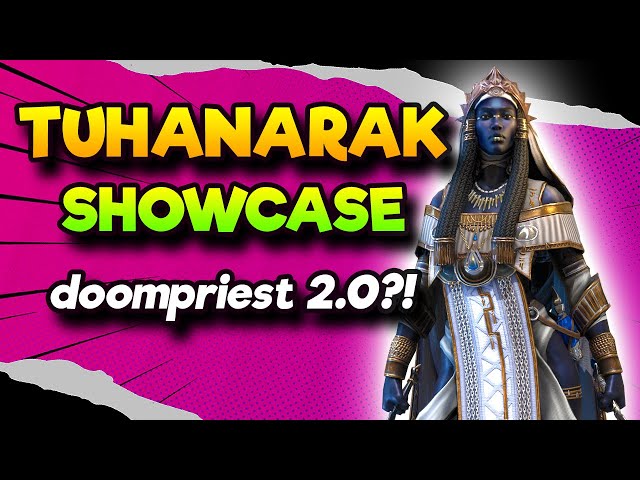 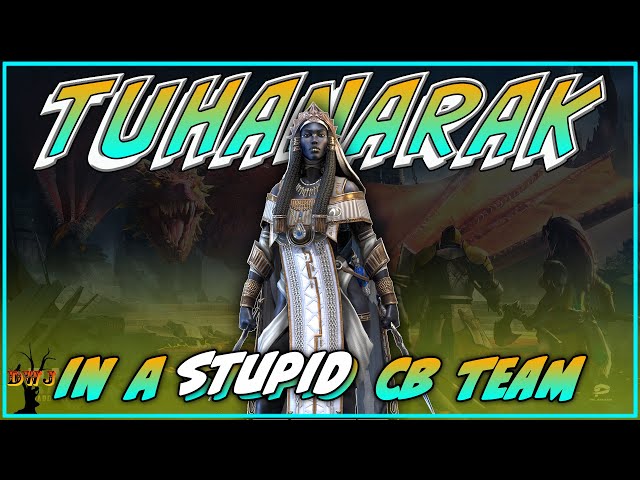 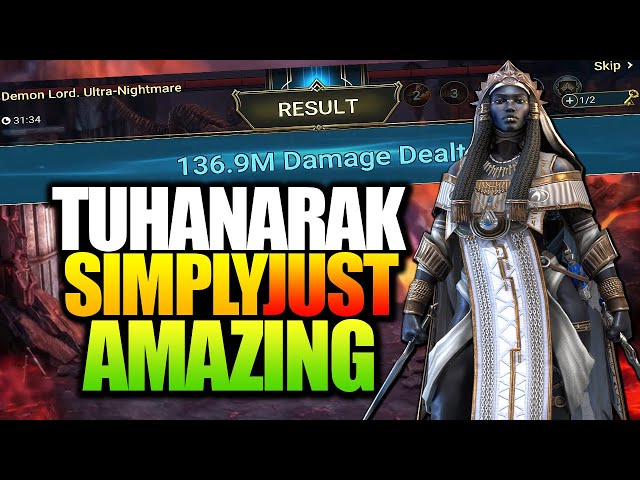