RAID: Shadow Legends – Ally Join Attack Skill is a skill that allows other allies to participate in attacking the targeted enemy using their default skill at 75% damage. This can be very useful when you want to concentrate attack on an enemy champion without using up your allies Turn Meter. It is similar to Counter Attack skill but a proactive version of it.

Blitz Team aka Blender Team aka Food Processor Team requires a champion who has Ally Join Attack skill that allows all the champions in your Arena team to attack together. 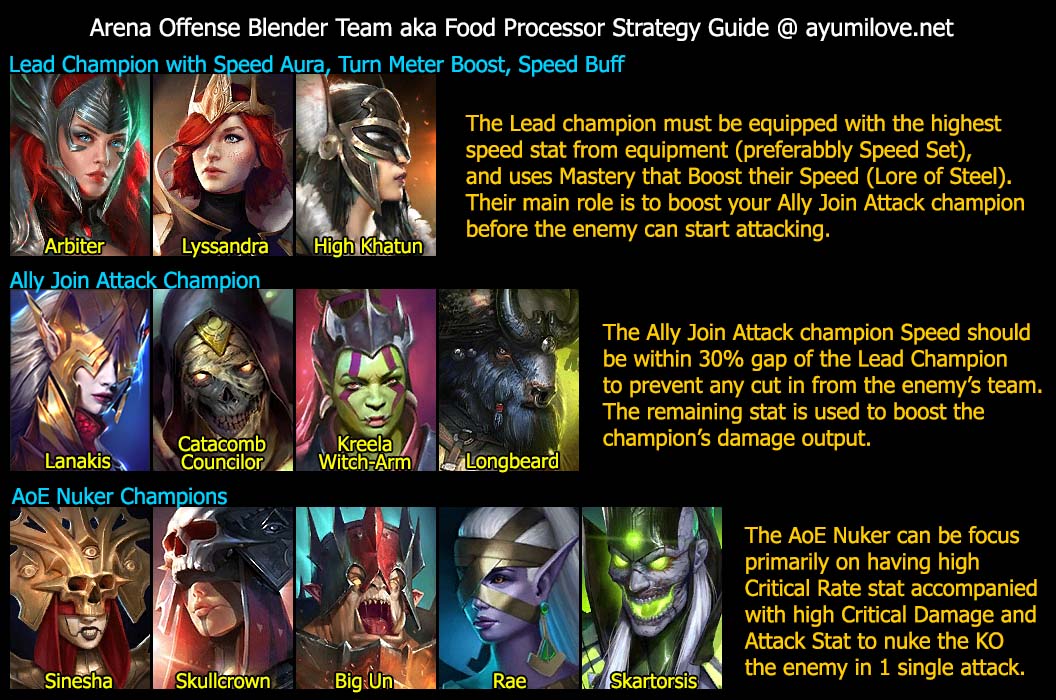 How to build a Arena Blender Team aka Food Processor Team?

When should I use Arena Blender Team?

What is the attack sequence or turn order of champions in Arena Blender Team? 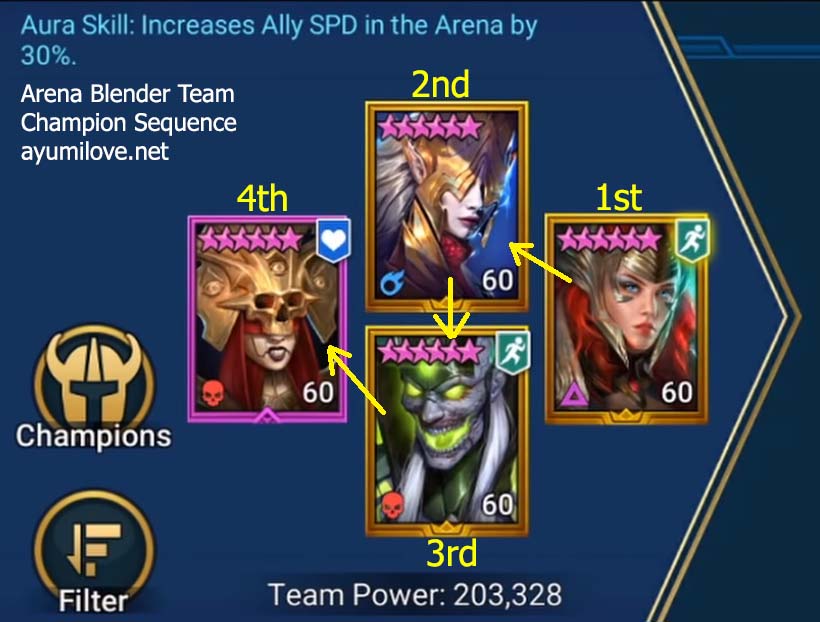