Lonatharil is a Legendary HP Force affinity champion from High Elves faction in Raid Shadow Legends. Lonatharil was introduced in Patch 5.80 on August 2022 as part of the Champion Fusion Event, where you need to gather fragments of all 4 Epic heroes before fusing him! These Epic heroes are Carlinia, Yelagirna, Anchorite, and Wuji!

Finest Hour (Cooldown: 6 turns)
Places a 30% [Increase C.DMG] buff on all allies for 2 turns, then teams up with all allies to attack a single enemy.
Level 2: Cooldown -1
Level 3: Cooldown -1 To this day, the High Elves sing laments for Lonatharil, though many generations have passed away into the night since last he trod the realm of mortals. Keen was his sword, and splendid was his armor of midnight black, with sunlight gilt. A crown he wore upon his brow, one wrought in gold with peerless skill, and Phoenix feathers we sewn into his raiment, for Lonatharil was the Basileus of all the Elves. The last whose realm stood united against the threat of Siroth.

It was the age of the Great Wars that saw his coming to the world, the age of mighty Champions who knew well the darkness they faced. Born as the first son of Aravia’s Royal House, Lonatharil embraced his destiny to rule as soon as he could grasp the concepts of honor and duty. Never one to hide behind his title, the young Prince lived and trained with the warriors of the Royal Guard, and such was his eagerness that it impressed even the most cynical veterans.

In those distant years, many portals lay dormant across Teleria. Once opened by the will of Siroth, these gateways to his realm were oft used by the Demonspawn to invade and wreak destruction wherever their dark legions reached. Battling such minor incursions was Lonatharil’s first true taste of command. Yet the attacks only grew in viciousness and strength over the decades – it was but a prelude to the greatest storm of an era.

In time, Lonatharil succeeded his father and took upon himself the crown of Aravia, and soon after, the Last Great War was unleashed upon his kingdom. Siroth threw everything at Teleria, and the earth itself groaned beneath the tread of Demonspawn armies. Dire was the hour for mortal realms, and though the Arbiter stood by their side, the tide of war had favored the foe at first. The watch fortresses in the East had fallen, and the Basileus had to rally his hosts before the unholy horde could cross Valdemar’s Strait and bring death upon the heartland of Aravia.

His allies could not be mustered in time, and Lonatharil could not bear the thought of subjecting his people to the horrors of war. So he led his warriors across the sea and struck a mighty blow against the forces of the Dark Lord, stymying them through courage and sacrifice. Lonatharil ever stood at the head of his mighty host and brought many a fell monster low; alas, his star was not destined to shine forever. Far in the blasted barrens of the Stormwind Wasteland, he met his doom in battle, as a warrior-king should.

Grim and sorrowful was the homecoming of his warriors. Though their monarch had won a crucial respite for Teleria with his life, it was too great a loss for Aravia. Yet there was also hope, for a prophecy woven in those days speaks of Lonatharil’s return when the night is darkest. So fierce was his spirit, the rhymes claim, it refused to pass on to the Halls of Eternity and instead fled to the Arbiter who breathed new life into him, and one day the gracious Lonatharil shall be reborn as an immortal Champion of Light.

Skratch: Easy Solo Scarab!! Lonatharil Full Test & Review | Is He Worth It? 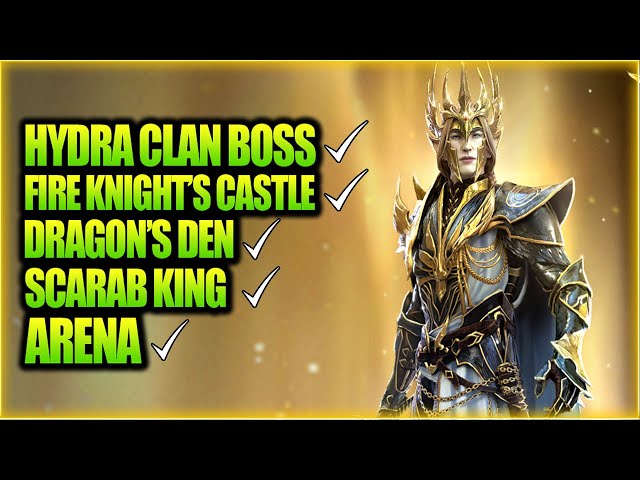 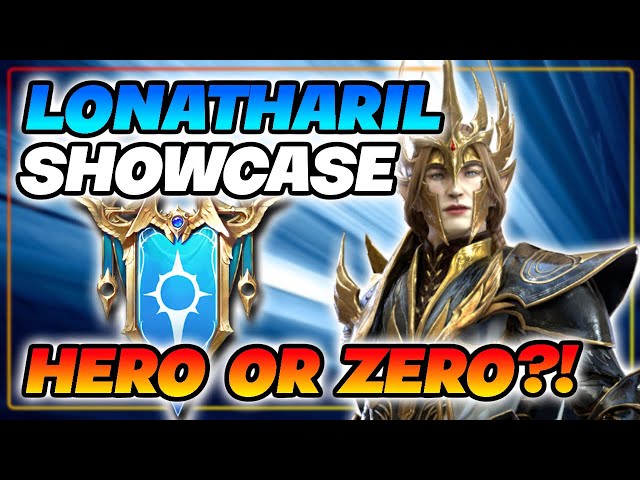 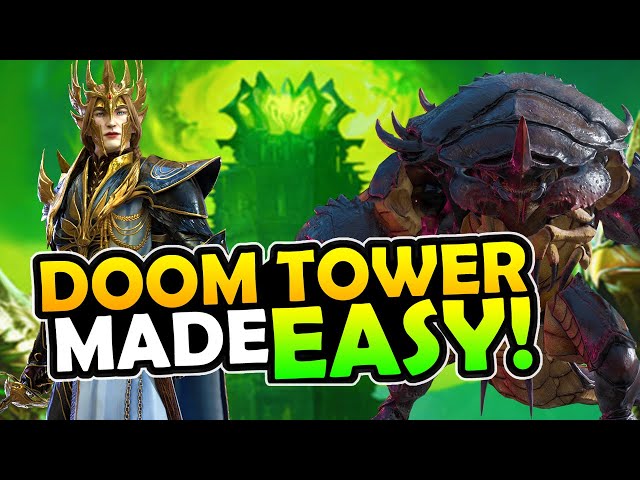