As a daughter of a dying tribe, Kreela’s early life was marked by loss and hopeless struggle. Her people were driven from their lands again and again by their rivals, by the neighboring humans, even by the restless dead that at times rose amid the sands of the Krokhan Desert. When her parents fell to the blades of slavers, she found herself chained and dragged away with the rest of the ‘cattle’. Her fate was uncertain and grim. But there was yet a glimmer of hope, for an elderly orc Shaman saw the potential in a desperate and malnourished girl. Though the slavers were loath to give away one of their captives to the old man, they could not argue with the demands of their tribe’s spiritual leader without incurring severe consequences. Thus they relented, and Kreela became apprenticed to her saviour. For years she had undergone gruelling training and learned both the art of combat and the means of communion with the beings Beyond. Through the use of meditation, chanting, and carefully brewed herbal concoctions, she could reach out to the Spirits of the land and the long-dead orcs. She walked among them at times and channeled their otherworldly strength to empower herself and the warriors in her charge. But Kreela had never forgotten the evils done to her and her kin, not even when she was accepted as a full member of the tribe. Long had she waited, plotting in secret and greedily gathering every bit of knowledge she could in the service of her mentor. It was not until he passed away that she struck, for while her blood demanded vengeance, she too had to honour the Shaman’s kindness. Kreela gave a speech upon his funeral pyre, calling for unity and expansion of the tribe’s domain – the Spirits had ordained it, she claimed. In reality, she sought to enact her own will rather than follow dreams and visions. With the help of younger tribesmen loyal to her, she orchestrated a series of ‘omens’ that all led to her designs being fulfilled. Slowly, she gathered the honoured and elder warriors – all of whom she knew were in the raiding party that captured her all those years ago – and set them to a task she knew was impossible. The signs that Kreela claimed to have seen were false, and the warriors fell upon a much greater foe with no hope of success. Many perished in the attempt, and those who survived were slain by Kreela’s own minions as they retreated. Back in the village, Kreela manipulated events to see the families of the slain ruined and left with no means to survive. They were taken into servitude under the new Shaman’s own authority, and though it was much less cruel than what she had endured, her vengeance was nonetheless complete and ruthless. It was then Kreela finally turned her gaze to expanding her influence. And while she was not above manufacturing her own prophecies when need be, her shamanic foresight remained no less genuine for it. With her revenge complete, nothing stopped Kreela from sending her tribe to battle the barbaric human neighbors that vied with them for territory and limited resources. To further cement her reputation, Kreela led the raiding party herself. She used her arcane abilities to empower the orcish warriors and drive them to greater heights of brutish courage and violence. Though the Norr they had faced on that day were mighty in their own right, the orcs proved to be stronger. They overcame the defenses, cut their way through the Barbarian fighters, and cheered when Kreela herself had slain the enemy Shaman in a duel of blade and magic. The sight of her standing over the fallen foe, her arm covered in blood and burning with eldritch fire, was what gave Kreela her moniker – Witch-Arm. It was under that name she became known to all surrounding tribes, and it was that name that inspired fear and respect among her fellow Orcs in equal measure. 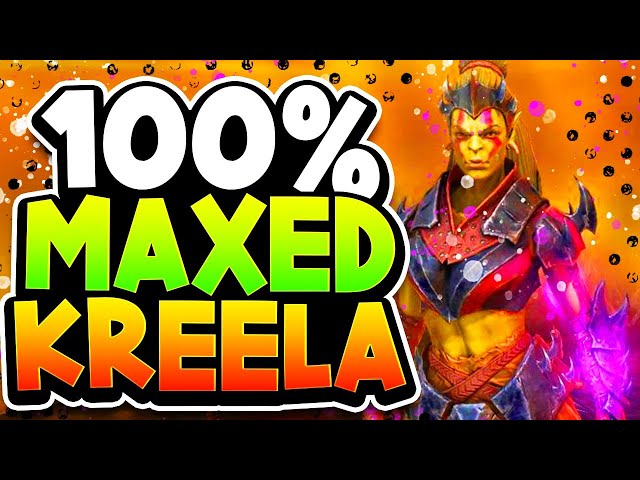 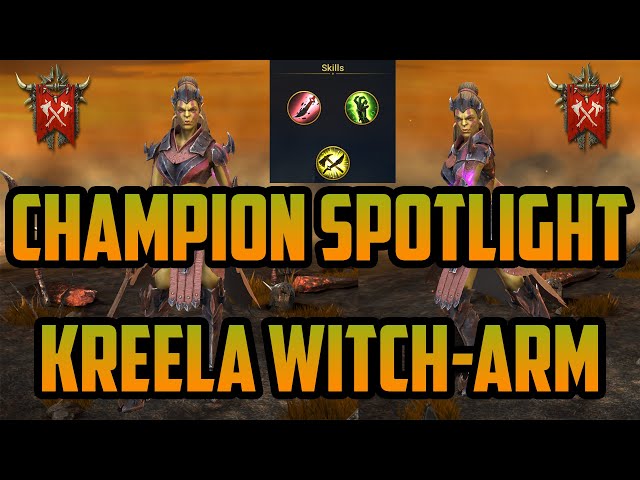 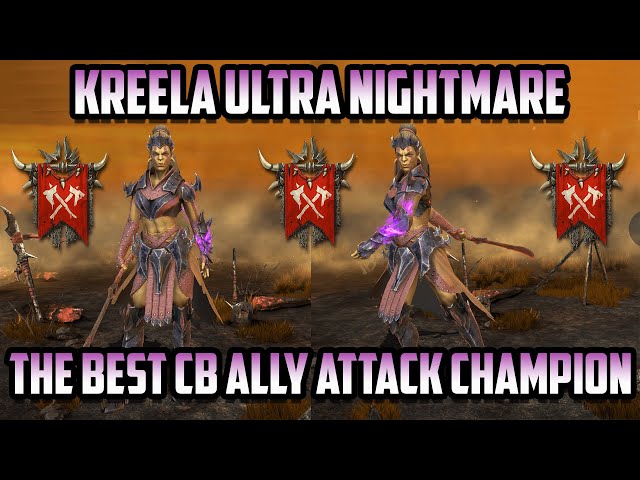