Companions of Fate (Cooldown: 5 turns)
Teams up with 3 random allies to attack a single enemy. The allies joining the attack will use their default skills. Fills the Turn Meters of all allies by 30%. Increases the duration of all ally buffs by 1 turn.
Level 2: Cooldown -1 Below is a reference of the artifacts equipped on Lanakis the Chosen, which are Speed Sets that has a high amount of Speed substats. This enables her to follow up the Lead Speed Booster with her Ally Join Attack in Speed Nuke Arena team. The artifact here prioritizes Speed, Health, Critical Rate, and Resist stat. A high amount of Resist makes her useful in other areas of the game such as Faction Wars, Dungeons, and Doom Tower content to prevent her from being crowd controlled by enemies or receiving debuff that reduces her survivability. 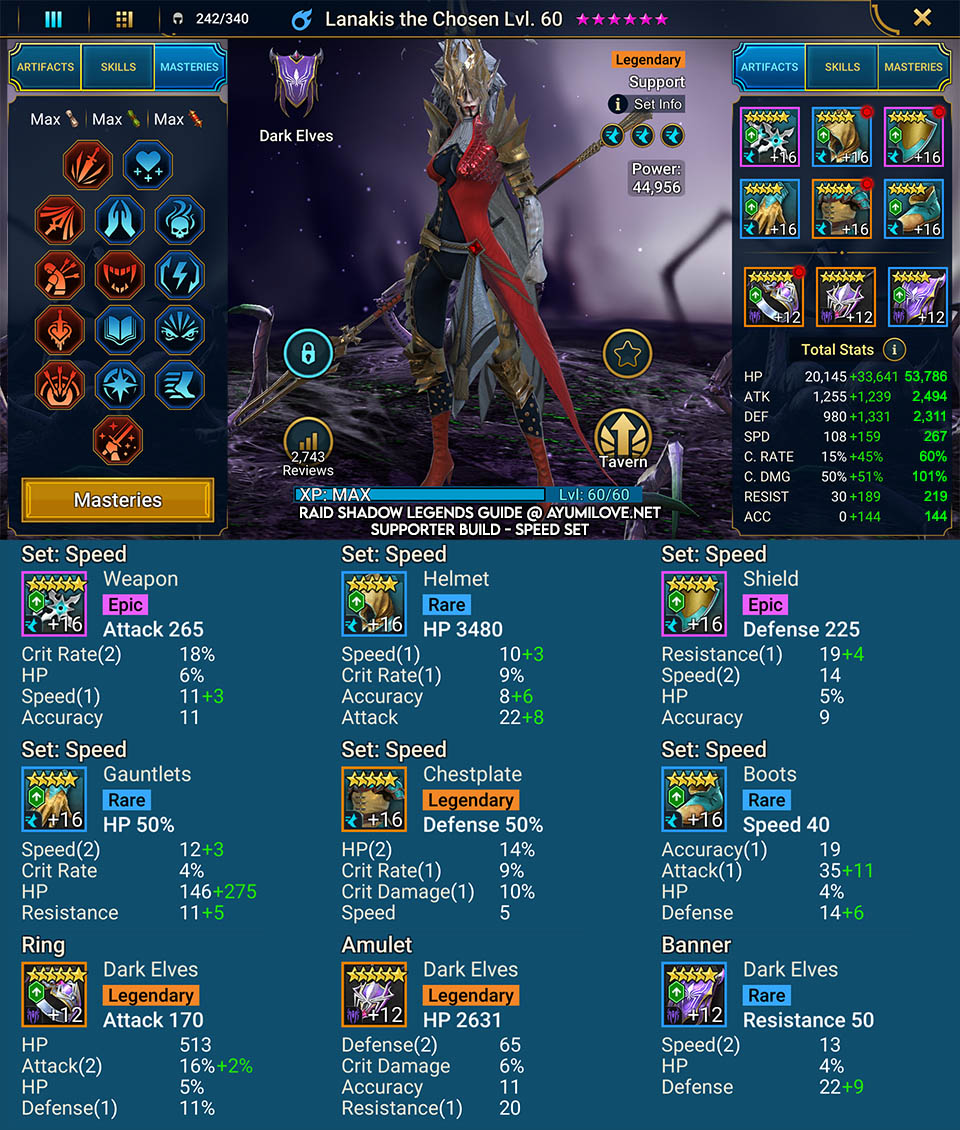 The skeins of destiny weave and twist and intertwine in ways no mortal mind can hope to fully comprehend. Sometimes, the most unlikely individuals can be brought to the fore and presented with a choice. And the decision they make can bring either salvation or damnation not just for themselves, but for untold thousands of souls. Lanakis had been many things in her life: a mage, a rebel, a hero and a villain both. Born to the sprawling capital of Aravia, the realm of the High Elves, she was taught and mentored in the arts of magic by some of the best minds Teleria had to offer. Yet the limitations and strict rules of the Aravian Covens were always far too stiffening for Lanakis whose heart desired to know every mystery the world concealed. She dabbled and delved into forbidden lore, casting away her previous allegiances and striking out on her own. The quest for knowledge saw Lanakis enter the lands of the Dark Elves, where she was captured and nearly executed. Though her quick wit – or exceptional luck – saw to it that the Matron of the House recognized the young woman’s potential and opted to let her live instead in exchange for service. For years Lanakis took advantage of the entirely new school of arcane teachings that had been open to her and thought little of the terrible deeds that her patrons committed. Eventually, her service came to a sudden and violent end when the Matron attempted to use Lanakis as a blood sacrifice to an ally of hers – a Necromancer of some infamy. The resulting skirmish saw Lanakis victorious and her former benefactor slain, albeit this was only the beginning of that particular ordeal. For the Necromancer was but a single wizard of a powerful dark lodge, and the plans his peers had woven encompassed much more than might have appeared at a glance. News of a horde of Undead came pouring in – panicked cries for help and reports of a massive organized assault that overwhelmed many outlying estates and forts. Dark Elven nobles and soldiery alike were turned into mindless ghouls in the wake of that crushing defeat. Lanakis had a choice then, to flee and wander Teleria once more, hoping that someone else would step up to defeat the invaders or to stand and fight. She had chosen the latter. With no one daring to challenge her power directly, Lanakis took control of the House she once served as a mere apprentice. She mustered what military might it could offer and led it against the raging Undead hordes. One by one the other Houses were liberated and joined Lanakis’ host to fight a common foe. One by one the Necromancers fell before her, unable to match the Elven Sorceress’ power. At the height of the conflict, the Arbiter herself joined the fray. With her and her Champions standing beside Lanakis’ armies, there was no doubt of victory. And when the last of the Undead had been purged, the Arbiter called upon Lanakis to bind her soul to Lumaya in eternal service. Though far from a pure and innocent hero, she had been chosen by Fate nonetheless and almost single-handedly thwarted a plot that would have plunged Teleria into the madness of war. And thought her freedom was valued high, Lanakis saw the wisdom of this pact. For while she would have to bind herself to a cause greater than anything she ever imagined fighting for, it did give her the ability to expand her mastery and knowledge without boundaries. So, reluctantly, she accepted and joined the ranks of the Arbiter’s Champions. 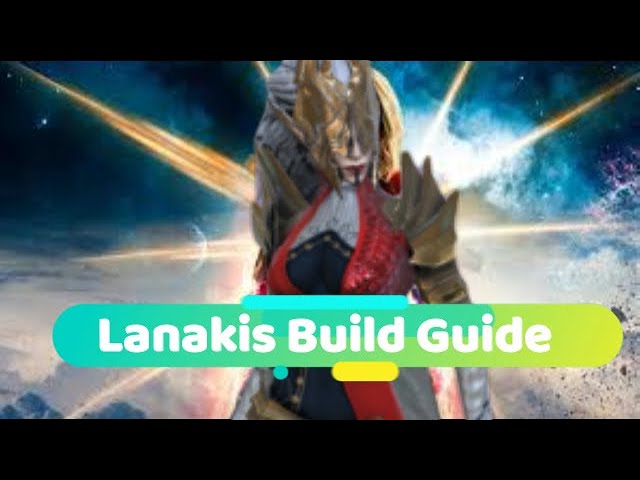