Ursuga Warcaller is a Legendary HP Void affinity champion from Barbarians faction in Raid Shadow Legends. Ursuga Warcaller was introduced in Patch 2.21 on October 2020 along with 22 new champions. She is one of the best tanker with amazing support skills, making her one of the most wanted Void Legendary champion in the game!

Ursuga Warcaller is renowned for Golden Guard, a unique passive skill that protects her allies all the time. It’s a great counter against fast Speed Arena Teams as it protects your squishy champions. This gives them the opportunity to retaliate after surviving the enemy nuke! Ursuga’s Bottom Up skill provides an additional Ally Protection layer to further reduce the damage intake by her allies, resulting in increasing their survivability odd’s against a powerful nuke from enemies. She also has Barrel Through skill that decreases the enemy damage output, making it difficult for them to knock out your team! Ursuga’s basic attack skill Gigantic Cudgel has a chance to prevent an enemy from using their special skill, which is fantastic for disrupting the opponent’s attack.

In short, Ursuga Warcaller can carry your team in all content in the game from early to end game without breaking a sweat. If you have trouble against Arena Teams who are faster than you or searching for a champion who is able to tank heavy damage to increase your team survivability, then she is the key to solve this problem. Alternatively, you could use Nekhret the Great as he plays the protector role similarly to Ursuga with his unique skill too if you have him!

Golden Guard [Passive]
Decreases the damage all allies receive from critical hits by 30%. This Champion will receive that damage instead.

Here is Ursuga Warcaller’s masteries optimised to be suitable as an all-rounder build for all content in the game. Offense Tree and Defense Tree is selected for Ursuga Warcaller to make her useful for boss raiding and enhance her defences to sustain high amount of damage for an extended battle. Keen Strike is not selected on Ursuga as more Critical Damage stat leads to more damage intake from her Ally Protection skill. Reason being, Critical Damage received by allies mitigated to Ursula is based on her Critical Damage rather than the attacker’s. Here is Ursuga Warcaller’s artifacts and masteries by Ayumilove optimised for Arena, Doom Tower, Dungeons and Faction Wars. Ursuga Warcaller is equipped in Guardian Set to provide additional protection to her allies and self-recover her health passively! The stats to prioritized on Ursuga Warcaller are Health (HP), Speed (SPD), Accuracy (ACC) with decent amount of Defense (DEF). Having a high amount of HP allows her to tank the damage mitigated from her allies to herself, especially with a team of 5 champions! Accuracy is important for Ursuga to enable her to inflict debuffs on enemies to decrease their damage output and blocking their active skills to prevent them from nuking your champions. If you are building her as a powerful tanker, it’s recommended to raise her HP approximately 80~100K. For her secondary role as a debuffer, it’s advisable to attain 250 Accuracy for dungeon content or 350 Accuracy for Doom Tower Hard content as a secondary role as a debuffer to successfully inflict debuff. Last but not least, 200+ Speed to cycle through her skills quickly and promptly apply Ally Protection on her allies before the enemy takes their turn! 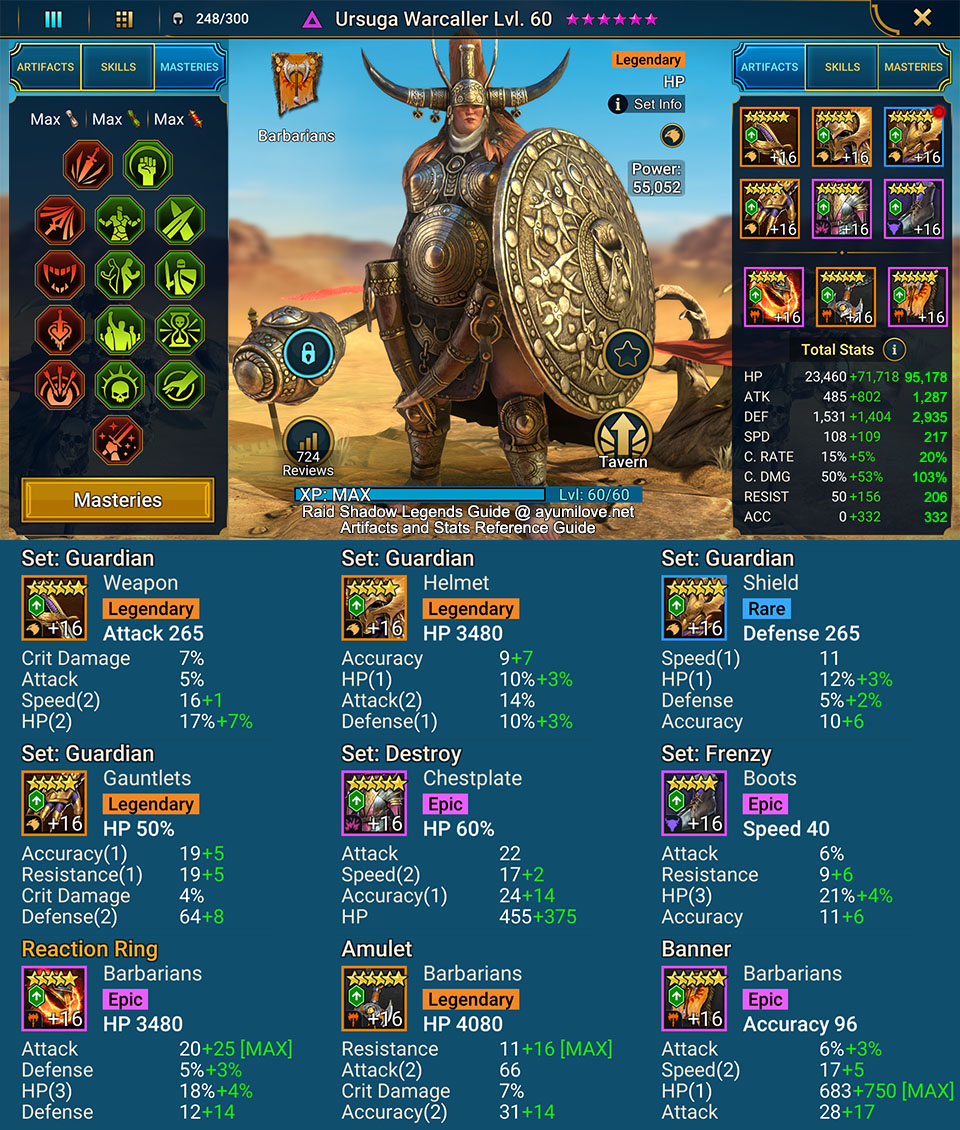 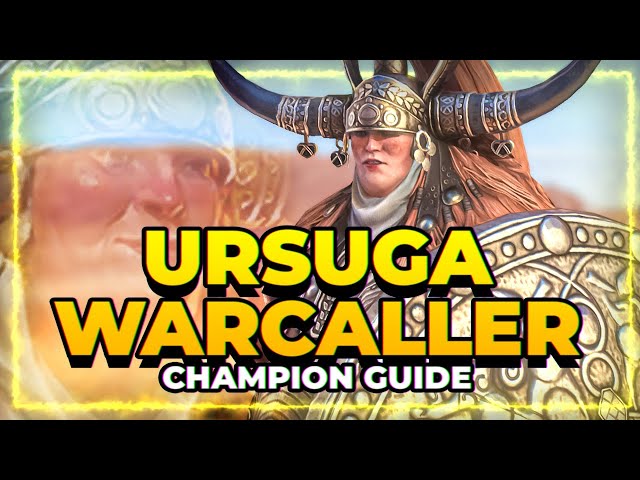 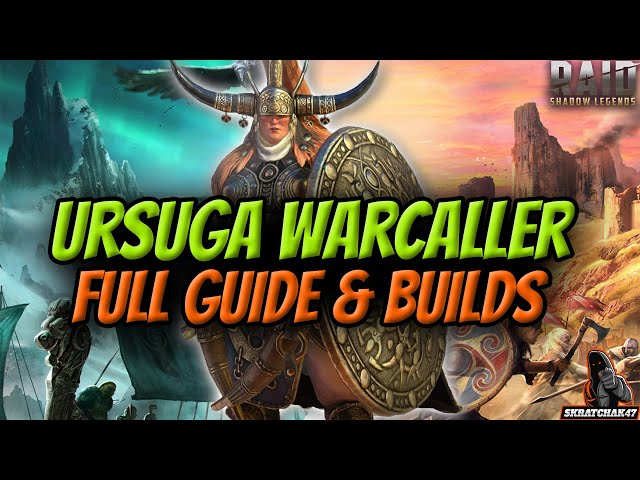