Aura
Increases Ally RESIST in all Battles by 50.

After their defeat at the hands of the Elves and the nascent Human Kingdoms, the Orcs fled eastwards, fracturing into warring clans and tribes. Much like the surviving Barbarian cultures, these do not form a unified society. Some Orcs are merciless raiders, all too happy to prey on the week. Others strive to follow the ancient codes of honour and desire to rebuild the legacy of their people. Teela – who was yet to earn her monicker ‘Goremane’ – had been born into the former kind of clan. Life in the den of raiders and slavers is often brutal and short, and Teela had to learn to survive from the moment she took her first steps. Where more fortunate warriors were pampered and trained, she had to fight for scraps, steal, nurse her wounds with what meagre supplies she had. It was a hard life. But it made Teela strong. Strong and vicious enough to put down warriors twice her size and earn her place at the head of countless raiding parties. Her reputation grew with every successful foray, but it was a stroke of strange luck that had truly thrust the Orc warrior to glory. Her raiding party came across a caravan transporting a scholar from Aravia and overwhelmed the guards without trouble. When the terrified elf pleaded for his life he mentioned a weapon of great importance, something that had apparently set out to find in the first place. Though not usually one to show mercy, Teela agreed to release the scholar in exchange for everything he knew. It was thus she had learned about the Hexdrinker Scimitar – an ancient weapon buried somewhere within the far western reaches of the Deadlands. Chancing that the scholar’s information was true, Teela led her raiders on a long march across the dunes. The map recovered from the caravan guided them to a burrow that predated even the Barbarian tribes that controlled the area. It had not been left unguarded, of course, and the attempt to breach it called several scores of skeletal warriors to life. Teela and her fellow Orcs fought tooth and nail and even pushed the Undead back into the burrow. It was then a Revenant spirit burst from its sarcophagus, cutting down several brutish Orc warriors with contemptuous ease. It would have continued its rampage were it not for Teela’s ferocious counterattack. She charged the Revenant, overwhelming it with a barrage of slashes and cuts. Though she herself had been wounded, pain would not keep her away from the foe. Teela and the Undead warrior exchanged blow for blow, neither finding a critical advantage until the Orc lost her weapon and was forced to fight like a cornered animal. Fortunately, she was good at that. Throwing herself at the Undead, Teela managed to snap its ancient bones and wrest the scimitar from its deathly grip. It was only with the slash of its shadow-cloaked blade that the spirit was finally struck down and dissipated into nothing with one final howl of fury. Teela stood over nothing but scattered ashes, her hair had gone white as snow, save from her own blood staining the ends. No matter how she tried, that dirty crimson never faded away. But it was a small price to pay for her trophy, for the Scimitar possessed many powerful enchantments and allowed her to weaken her foes and even allow her allies to feed on the life force stolen away by the blade. With such a mighty weapon in hand, the legend of Teela Goremane had truly begun. 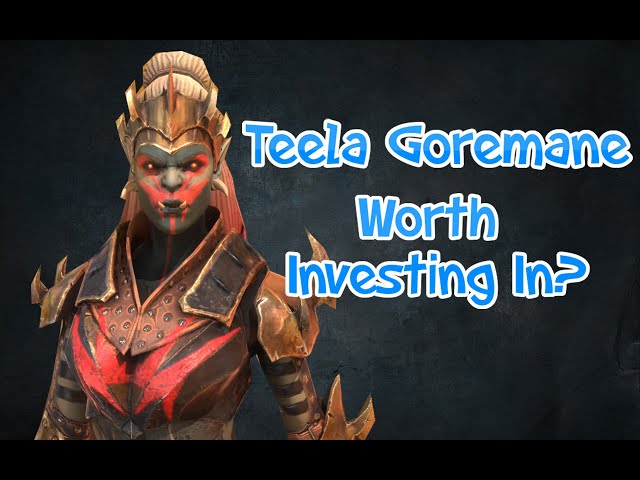 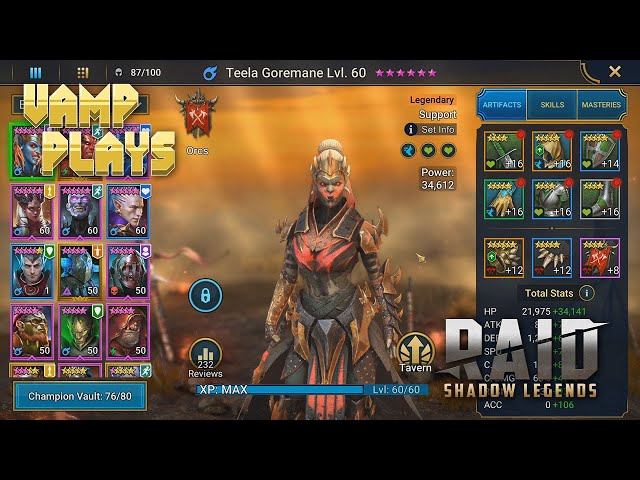 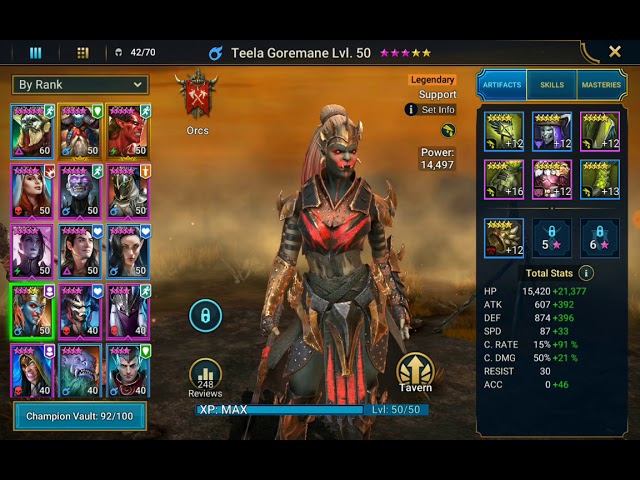