Rian the Conjurer is an Epic Support Force affinity champion from Dark Elves faction in Raid Shadow Legends. Rian the Conjurer was introduced in Patch 3.00 on December 15th 2020. Her original name was Elemental Conjurer, but was renamed upon her release. Many a mage relies on the forces of nature, channelling them through arcane means to whatever goal they have in mind. They call down rain and lightning, set the swords of their allies ablaze, or even destroy their foes with acidic hail – all impressive displays of wizardry to the laymen. And all more fitting for tricksters putting on a show with light and mirrors or children playing with forces they cannot fully comprehend if Rian the Conjurer is to be believed. It is an arrogant claim, yet one she can back up with immense power and knowledge.
Once a sorceress in service to a cruel Dark Elf warlord, Rian was ever an ambitious woman. She was not content to serve another, to scrape and bow before a would-be king whose reign was sure to end with a dagger driven through his black heart. No, this arrangement was never meant to last, and Rian used her position to acquire whatever wealth and knowledge she could by manipulating her hapless thug of a patron. When the time came, she instigated the warlord’s assassination and fled in the chaos of infighting that followed. Her freedom secure, Rian traveled across the realms of Teleria in search of ancient relics and powerful mages from whom she could learn… or steal. She sought out exiled Aravian scholars, shamans of the Orc and Barbarian tribes, eager to pilfer their secrets. She studied every obscure technique they had to offer until she mastered the element of fire and could conjure a blazing inferno with a mere snap of her fingers. Then, Rian set out to the city of Narbuk and struck a pact with the Necromancer coven that long existed within its ancient walls. From these villains, she learned the dark secrets of soulblight magic and the proper rituals that would allow her to return the dead to life. But Rian would not be herself if she did not perfect these dark techniques, ensuring that her spells far exceeded the crude reanimation of dead flesh. However, that too was not enough. Rian sought to ascend to greater heights of mastery and conceived a daring plan that saw her enter the royal court of Kaerok. For years she crafted a false identity to conceal her evil deeds. When the time came, she presented herself as a lowborn apprentice to a late High Elven mage and sought the good graces of the King’s own Archmage, Hellmut. It was not an easy task, for Hellmut was a shrewd man, wisened by experience and constant intrigue. It took all of Rian’s cunning to secure her access to the Archmage’s tower. There, she found ancient tomes that spoke of creating artificial life – servants born of stone and fire and metal to do the mage’s bidding – and a scepter of power that enhanced the flow of one’s innate magical talent. Alas, Hellmut caught her in the act, and a terrible battle ensued between the two. The stone walls of the tower cracked and wood splintered, priceless books burned, and the sky itself blackened in a storm of arcane energy when the two of them clashed. Hellmut had proven to be stronger in the end, but Rian’s would not die easily. When all seemed decided, she used the knowledge of Hellmut’s own tomes to call forth a fiery golem that shielded her from the Archmage’s wrath. Once more she escaped while Hellmut battled her creation, disappearing into the wilderness and evading all pursuits the King’s Bannerlords sent after her. No one knows where Rian the Conjurer dwells now, but there are sightings of an elf woman who fits her description – albeit clad in garish robes. Those who were fortunate to survive the encounter also spoke of a dagger of obsidian glass she carried, wreathed in dark magic, its very presence awakening primal terror in the hearts of the unprepared. Two creatures of living stone are said to accompany her at times: one a fiery beast of raw rage, the other a horrible construct of tortured souls imprisoned in an artificial body. What these creatures are and what sacrifices Rian had to make to create them, none may tell. But one thing is certain – she is more powerful now than she ever was, and Summoners who seek her services should beware. Who knows what treachery she is capable of. 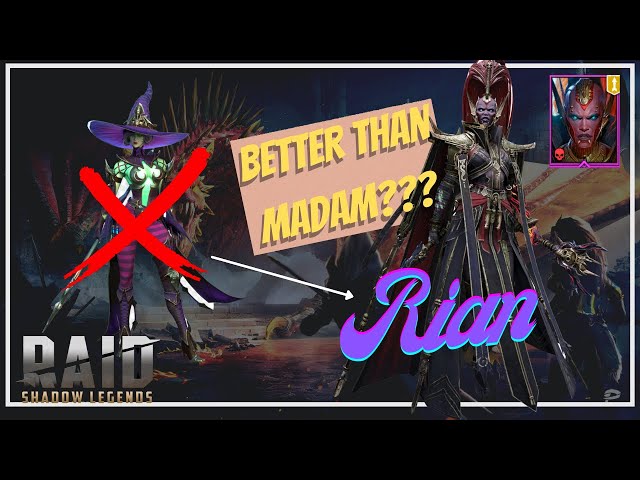 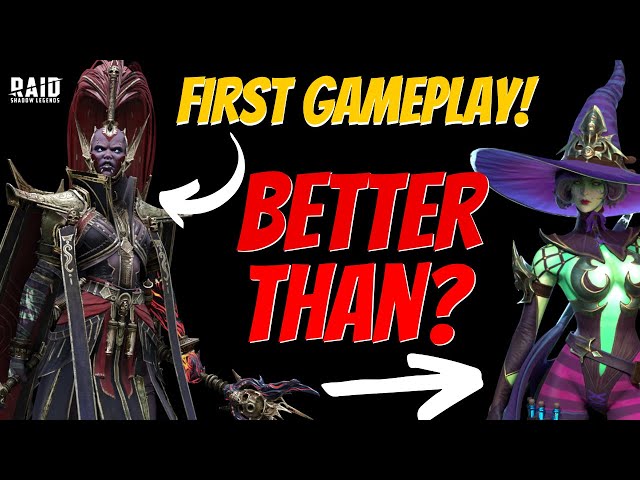 Skratch: Is Rian the Conjurer Madame’s Equal? Is She Really Worth It? 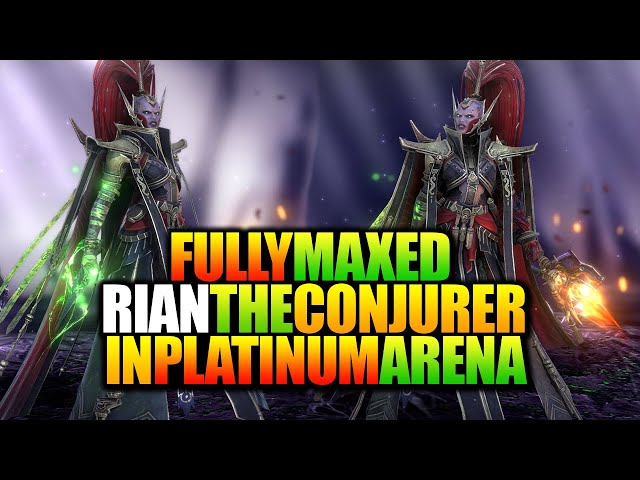 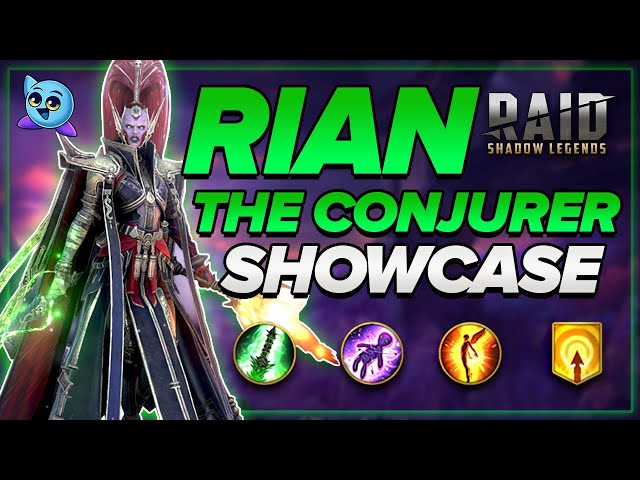