Kalvalax is a Legendary Attack Spirit affinity champion from Knights Revenant faction in Raid Shadow Legends. Kalvalax was released in Patch 4.60 in September 2021. The champion design of Kalvalax was created by David Fitzsimmons, who won the Community Champion Concept contest in 2021!

Once, a long, long time ago, in the lands of Kaerok that yet knew no king, there lived a great warrior by the name of Kalvalax. He was no scion of an ancient bloodline, but it was an age where one’s nobility was measured less by a long list of eminent ancestors and more by the number of warriors under their banner. Of those, Kalvalax had no shortage. Blessed with strength and cunning alike, he knew no equal on the field of battle and led countless campaigns against the Orc tribes that populated the plains of Arnoc. He razed their crude settlements and put anyone who dared resist him to the sword. Within a decade, a vast swathe of land had been liberated from savages, and the budding city bestowed a Duke’s diadem upon Kalvalax, to whom they owed their newfound prosperity. Thus his rule begun: in blood and fire and ruthless conquest. Many a bold challenger sought to take the Duchy from Kalvalax only to find untimely death, while his fame – or infamy – grew. And the more foes perished by Kalvalax’s blade, the more convinced he became of his immortality. But hubris is often deadlier than even the cruelest of monsters.

Doom did not take the shape of an invading army or a raging dragon – it was a disease that many sages maintain was divine punishment for Kalvalax’s arrogance, or an ancient curse he had unwittingly invoked. The plague swept Arnoc like a tidal wave. Even Kalvalax himself could not escape the unseen miasma of decay. He fell ill and weakened by the day, unable to fight this unseen enemy as he had fought those who challenged his rule. Desperate, he prayed for salvation and vowed to pay any price, no matter how steep. And a dark, ancient force heard his prayers. A stranger arrived to Arnoc that fortnight – an old man wrapped in black robes and shadow. He walked the streets, unafraid of the plague, and arrived at Kalvalax’s castle to offer a solution to the doom that threatened the city. All he asked in return was the Duke’s willing cooperation and a sacrifice of innocent blood. By then, the citizens of Arnoc were as desperate as their ruler and eagerly followed the prophet’s instructions. Dozens were brought to the altar like sheep and slain, while Kalvalax, clad in armor with full regalia, bore witness.

Then, as the sacrificial chalice overflowed with blood, ripples of arcane power tore through the city. Chronicles describe clouds of plague mist being swept by hurricane wind and carried towards the castle, where the mad prophet channeled them into Kalvalax’s body and sealed all of the city’s woes within. What became of the Duke next, none can say. Some say he perished that day. Others maintain that it was all a ploy by the cult of K’leth – the Knights Revenant – and Kalvalax had fallen into their thrall. One thing is certain, the legend of a nightmare knight, clad in ancient armor that oozes with pestilence, emerged soon after, and very few are those who witnessed that walking horror and lived to tell the tale… 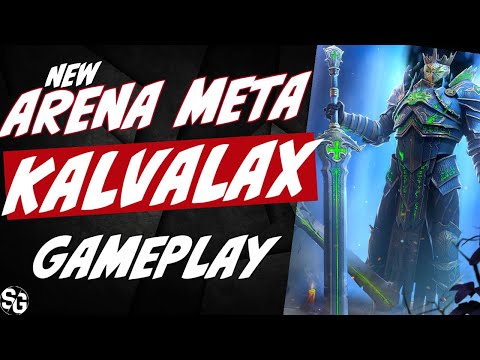 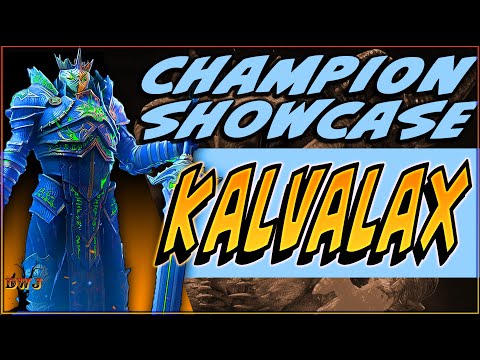 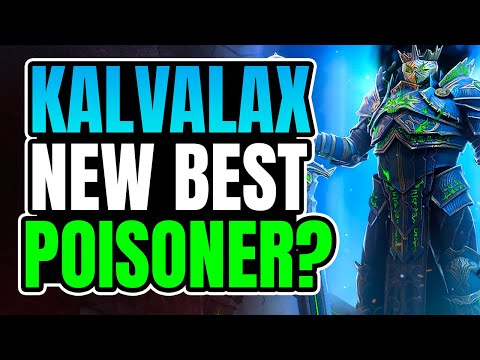