No one among the people of Teleria can match the Dwarves in mechanical ingenuity. For countless generations, they had perfected the union of engineering and arcane science, made all the stronger by peerless Dwarven craftsmanship. Some artificers are said to have created clockwork automata that resemble birds and beasts, while others work tirelessly on building great machinery to ease the lot of prospectors deep beneath the earth. Yet with the Mountain King’s hosts marching to the surface world once more, war has been the focus of all the great minds of his Kingdom. Brass and iron flow in molten rivers in the underground manufactories, where the arquebuses and the cannon of the Dwarven armies are forged, and many are the great dynasties whose hallmark graces those exquisite weapons. Few, however, can match the fame of Hurndig, the Chief Engineer of the Kingdom. Hurndig always had a knack for metalwork and had been singled out by the artificers of the Cannoneer Guild when he was but a sapling. And like any true Dwarf, he never shied away from hard labor, oft toiling at the blast-furnace and the anvil himself. It was not just the inner workings of cannons that fascinated the young engineer, but also their undeniable might on the battlefield – he would not only make these beasts of war but he would command them one day. And his chance arrived in due time. When demonic hordes invaded the Dwarven domain, Hurndig had already grown to be a respectable man and a master of much renown. It fell to him to organize the defenses of several key outposts – a task Hurndig excelled at. Such was the precision and congruence of the crews he had trained that not even the greatest of Demonspawn and Undead abominations could approach the walls under their protection, much less tear them down. For months he traveled from one stronghold to another, shoring up defenses and guiding the beleaguered garrisons to victory. And after the onslaught had been repelled, the King recognized Hurndig’s effort by elevating him to the rank of Chief Engineer. Yet that was not the end of the heroic tale. Shaken by the horror he had witnessed, Hurndig was among the first warriors who volunteered to venture into the World Above to pave the way for the Dwarven Hosts in their quest for justice. It was no simple undertaking, of course, Hurndig knew he would do well to prepare before plunging headfirst into danger. And prepare he did. With the help of his wisest and most experienced peers, Hurndig crafted a pair of portable bombards that he could carry with him. Next was the hammer he had imbued with the fiery heartbeat of the forge and enough gunpowder to bring down a small citadel. Outfitted thus, Hurndig finally departed his homeland and set foot to the surface, where the corrupting influence of Siroth still held sway. There Hurndig found adventures aplenty, battling evil at every turn and learning about other mortal races. Though he prefers to travel alone and holds loyalty to the Mountain King above all else, the Chief Engineer is nonetheless eager to fight Siroth’s scum whenever they can be found – perhaps a crafty Summoner could win his respect and his talents. 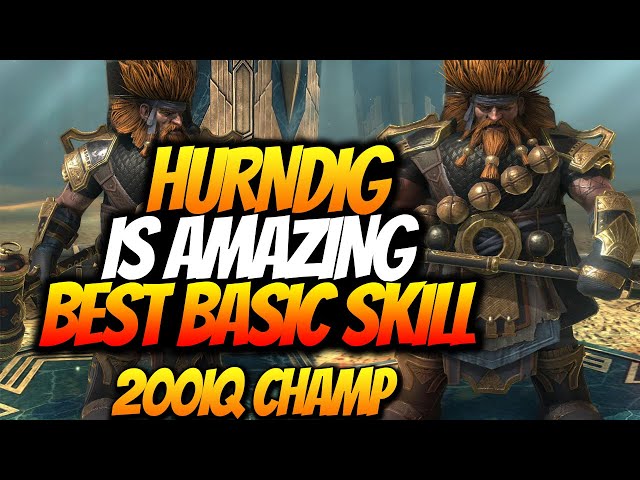 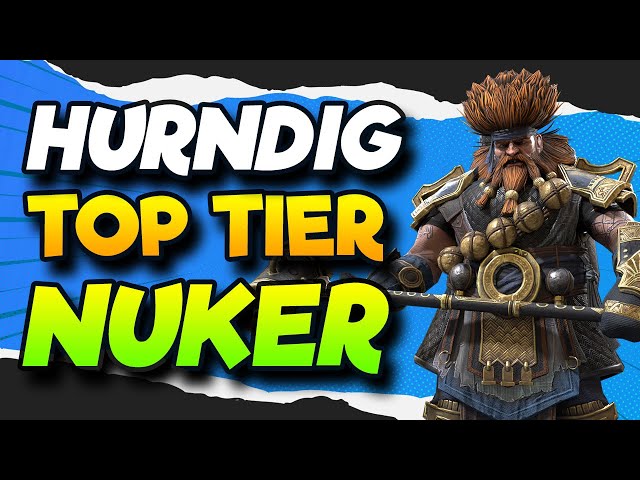 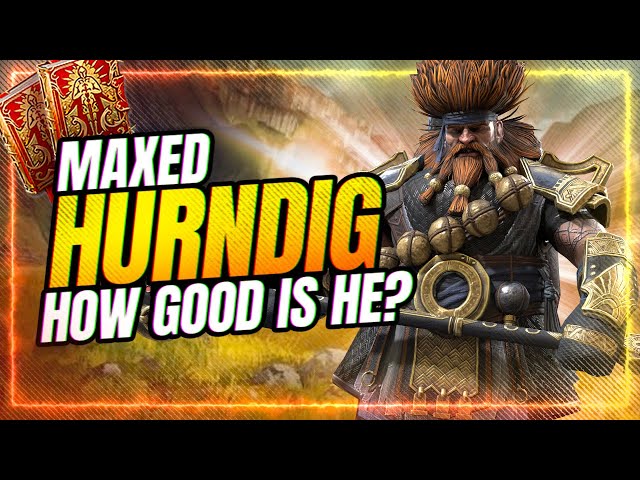 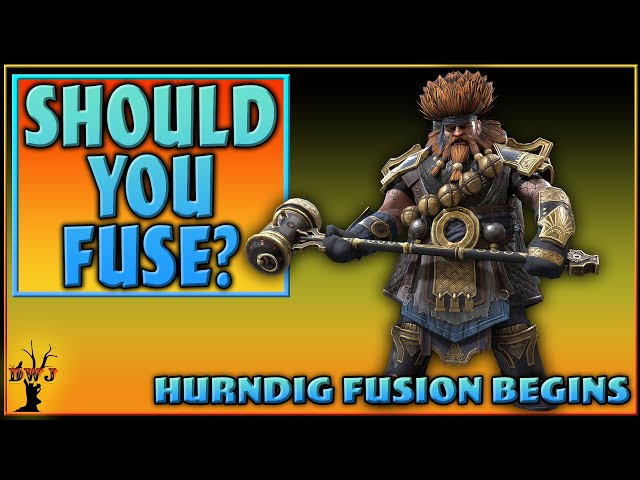