Ripperfist is a Rare Attack Void champion from Orcs faction in Raid Shadow Legends. Ripperfist was introduced in Patch 2.21 on October 2nd 2021.

Ripperfist default attack Mangler Gauntlet (A1 Skill) is a 2 hit ability that has a chance to place Decrease Attack debuff, which is decent to reduce enemy damage output. Rip to Shreds (A2 Skill) is his signature skill that attacks a single-target enemy 3 times and placed Heal Reduction debuff. This skill is beneficial especially for Spirit Keep and Fire Knight to prevent the bosses from healing themselves! Both Ripperfist abilities are multi-hit, which is useful in quickly reducing the shield counter of the Fire Knight boss.

If you are lacking a multi-hit champion for Fire Knight or Heal Reduction debuff champion, then Ripperfist is a good champion to fill in that role until you summon a better champion such as Alure.

Bloody Mess [Passive]
Places a 25% [Increase ATK] buff on this Champion for 1 turn and decreases the cooldown of the Rip to Shreds skill every time this Champion’s HP drops below 50%. 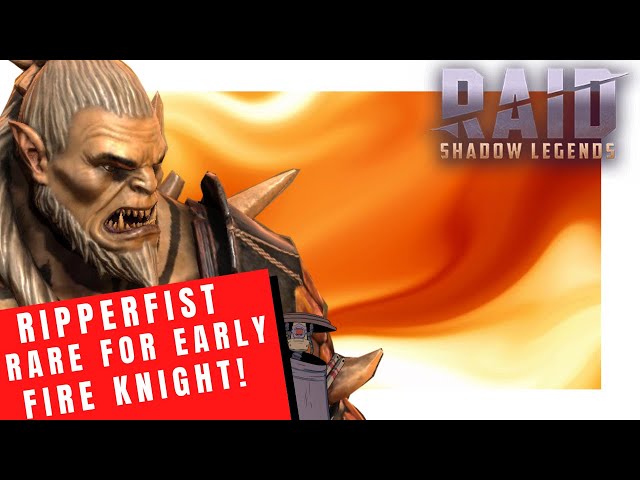