Urost the Soulcage is a Legendary HP Void champion from Demonspawn faction in Raid Shadow Legends. Urost the Soulcage was released in Patch 3.0.0 as a Champion Fragment collection reward by clearing the Hard Doom Tower secret rooms! Urost is a powerful supporter and debuffer champion who is capable of applying Poison debuff on enemies passively whenever he is attacked by them, crowd controlling enemies with Stun and Provoke and protect your allies with Strengthen buff and Ally Protection buff. When paired with Rian the Conjurer, it allows Urost to gain benefits whenever he is revived by him!

Urost the Soulcage has a unique passive skill Call of the Cage that inflicts Poison debuff on the attacker and allows him to gain additional HP each time the enemies receive damage from Poison debuff placed by Urost. His HP can grow over 100K if you have a minimum of 70K HP from the start. Equipping him with Regeneration Set or Immortal Set enables Urost to recover massive amount of HP quickly! This make him one of the best champion to solo Borgoth the Scarab King in Doom Tower. His default attack Jagged Knuckles (A1 Skill) has an ability to place a Shield buff on himself based on his MAX HP. This is essential to protect him early battle while he slowly ramps up his Health Pool.

Urost the Soulcage Soul Bounty (A3 Skill) is his primary support skill to protect his allies with Strengthen and Ally Protection buff. To further reduce the damage taken by allies, Urost provokes the enemies passively when they attack his team members who are under Strengthen buff. You can have Urost to constantly provoke the enemies by pairing him with another champion who has AoE Strengthen buff or champions who can increase buff duration. The best champion to pair with Urost are Krisk the Ageless, Lydia the Deathsiren or Sigmund the Highshield.

In addition, Urost uses his Fetid Eruption (A2 Skill) to slow enemies with Decrease Turn Meter and stun them during the process if the enemies have multiple Poison debuff on them. He is best synergized with a AoE Poison champion such as Bad-el-Kazar, Tomb Lord and Taurus as they can inflict multiple Poison debuff on enemies, so that Urost can put the enemies under control swiftly.

Last but not least, Urost the Soulcage has a useful Resist Aura for all battles. This is exceptionally useful for Hard Doom Tower when building a high resist team to counter specialized debuffer champions with high amount of Accuracy in Doom Tower floors. He can easily carry your team throughout Doom Tower on full auto-battle when synergized with compatible champions.

Aura
Increase Ally RESIST in all Battles by 80. Here is Urost the Soulcage artifacts and masteries optimized by Ayumilove for end-game Doom Tower Floors (Hard Difficulty), Faction Wars and Dungeons. Urost the Soulcage is equipped with Perception Set and Immortal Set. Perception Set provides him with ample amount of Accuracy stats, so he can successfully inflict his debuffs on enemies. Immortal Set provides him with additional HP (Health), so he can tank the damage he takes from his allies through Ally Protection whenever they receive damage. The stats to prioritized on Urost are Health, Accuracy, Resist and Speed. Critical Damage stat should remain low, as having a high amount of it increases the damage intake from Ally Protection due to the game mechanics coded in the game. If you are building him for end-game content, you will need at least 400 Resist stat to resist enemy debuff and minimum 350 Accuracy to crowd control enemies in Doom Tower Hard. 80K Health (HP) and 2K Defense (DEF) is the minimum you will need for Urost, otherwise he will be knock-out fairly easily from the damage intake from the Ally Protection buff. 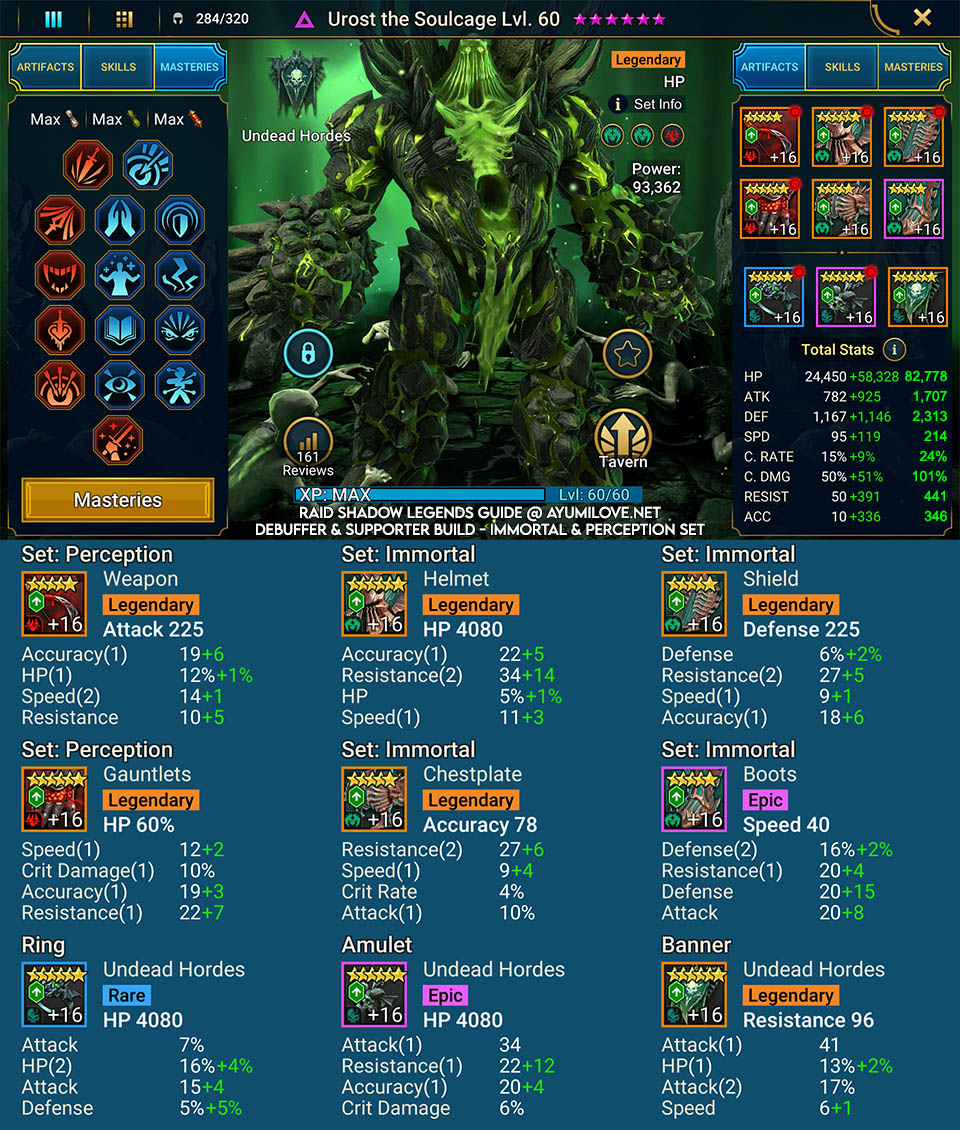 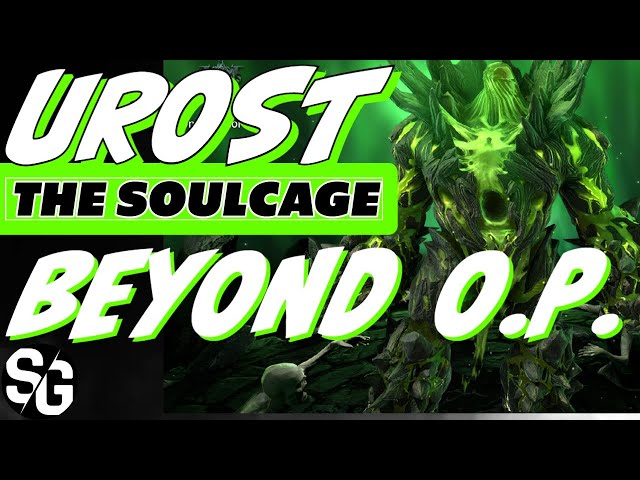 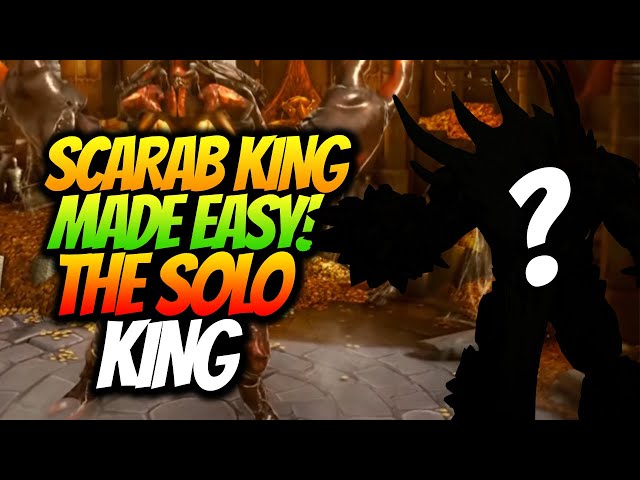