Geargrinder is a Rare HP Void champion from Ogryn Tribes faction in Raid Shadow Legends. Geargrinder is a support champion who can heal allies and revive fallen allies. He has the ability to heal himself by performing Critical Hit with his default attack. In addition, he brings a useful HP Aura to boost allies Health to be able to sustain some damage. If you are having trouble keeping allies alive in the battlefield for Faction Wars or Doom Tower (Secret Room with only Rare champions), then Geargrinder can help you in these areas with relative ease. To unleash his full potential, provide him with high amount of Health, Defense, Critical Rate, Speed and Resist. You can also gear him Guardian Set to give him a secondary role as a tanker to reduce the damage intake taken by allies too! Here is Geargrinder artifacts and masteries optimized by Ayumilove for Dungeons, Faction Wars and Doom Tower (Hard Difficulty + Secret Room). Geargrinder is equipped in Guardian Set to enable him to mitigate some damage from his allies to himself, so they can survive longer against enemies who deal high amount of damage. The stats to prioritize on him are Health, Defense, Critical Rate, Speed and Resist. Resist is essential to prevent him from being crowd control by enemies and reduce his survivability. He is the backbone of the team, who can revive fallen allies, especially for Faction Wars. One of the requirements to get 3 stars in Faction War is no dead allies. A high amount of Health allows him to tank the damage, replenish his health quickly and prevent him from being targeted by enemies simultaneously. Critical Rate is essential to take advantage of his default attack Gears of Gore ability, which applies Continuous Heal to himself whenever he inflicts a Critical Hit. 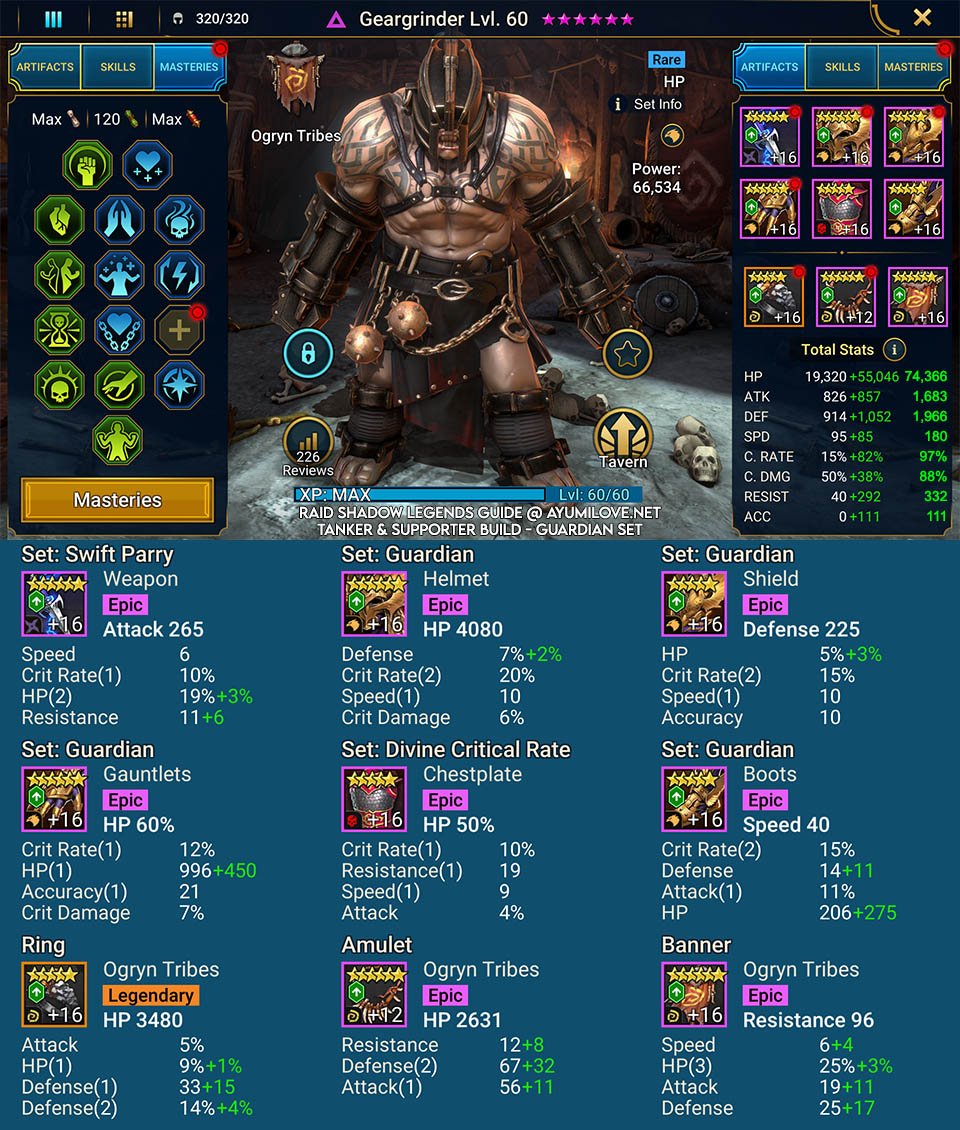 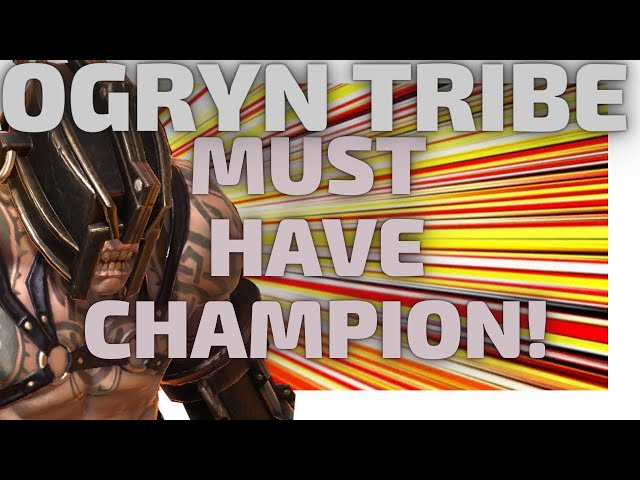