Aura
Increases Ally HP in the Arena by 33%. Below is a reference of the artifacts equipped on Kytis optimized for Arena. Kytis is equipped with Savage Set and Cruel Set to ignore 30% of the enemy’s defense and an additional 25% with Helmsmasher (Tier 6 Offense Mastery), which gives a total of 55% Ignore Defense! If you could apply a 60% Decrease Defense on the enemy before Kytis attacks, it’s basically a 100% Ignore Enemy Defense that could easily knock out the tankiest champion in Arena Defense. The artifacts equipped on Kytis prioritize a high amount of Attack%, Critical Rate, Critical Damage to inflict the maximum amount of damage. Speed is not necessary here since Kytis will be used in a go second team using the Cardinal Nuking Strategy. 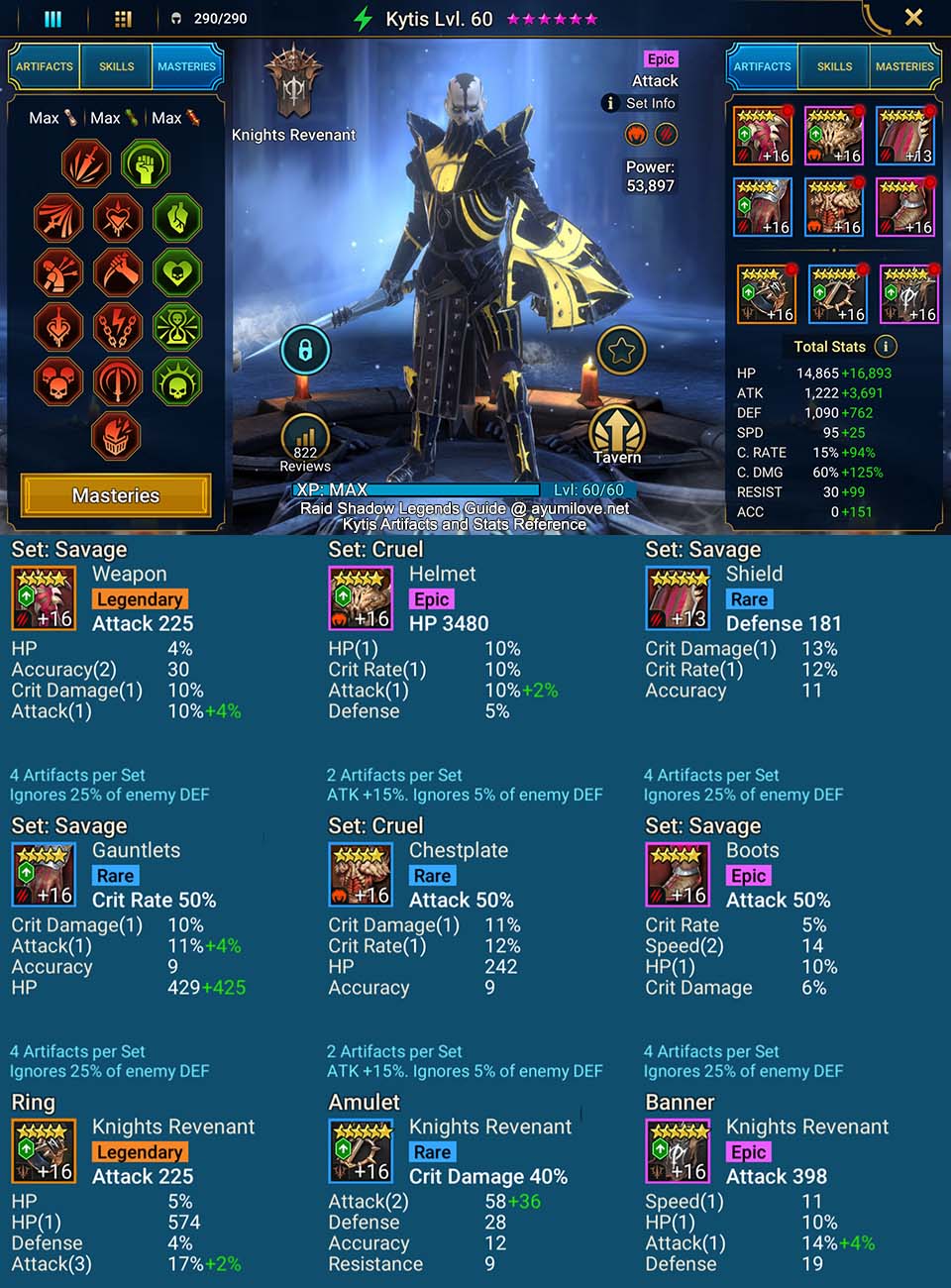 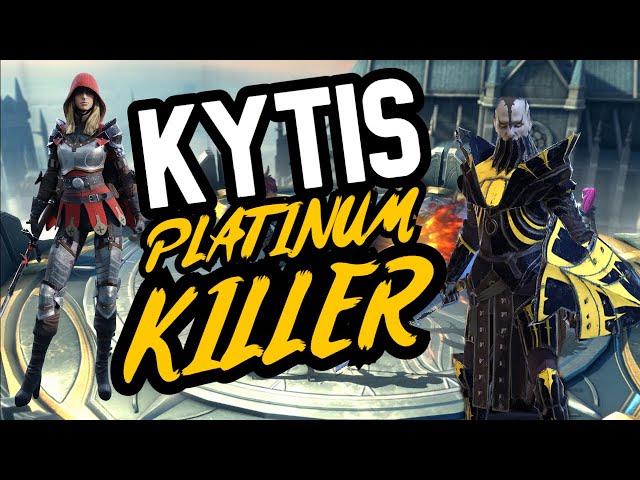