The Lizardmen, understandably, are prone to worship the great monsters with whom the share their blood. Dragons, wyverns, giant serpents of all sorts. There those among them who seek to emulate these mighty beasts. Such is the Basilisk, a strong and ambitious warrior of the Lizardfolk. It may be a subject of bragging and wild rumour, but he is said to have battled an actual basilisk for the honour of bearing the name. The battle has been hard and bloody. Even as the serpent finally breathed its last, it managed to wound the proud warrior, filling his blood with terrible poison. A lesser mortal would have fallen, but either through sheer grit or the blessings of Lumaya, the lizardman survived both his grievous injuries and the liquid death coursing through his veins. By doing so, he gained the favour of something far greater than himself – favour that allows the Basilisk, whose name was now written in blood, to rise and fight through wounds that would have been mortal. 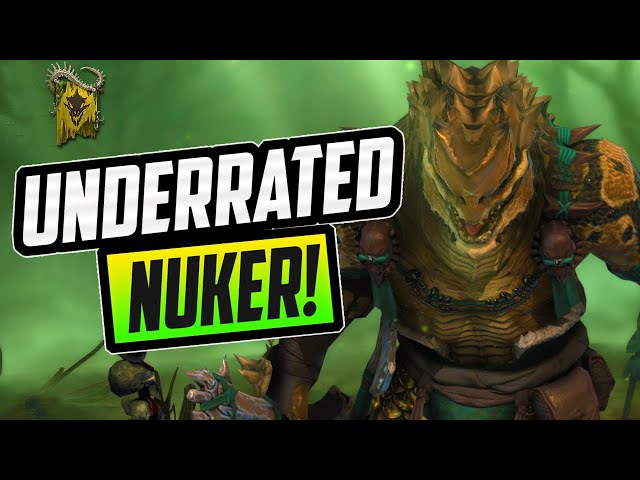