No one can deny that the Dwarves fought against the forces of Siroth with valour and determination, and no one would question their eventual victory. Alas, treachery exists everywhere, and there were those who besmirched the honour of their people. Some turncoats submitted to the Demonspawn, striking vile pacts and selling their souls. Even with the Legions of the Damned scattered and forced to flee, some of these demon-worshippers yet survive in the darkest corners of the underground caverns. And some even found their way to the Surface. Twisted in body as well as in the mind, the Painsmith still clings to his dark loyalties. He managed to escape the death row where he had been imprisoned for his treachery. With his guards dead and his trail gone cold, he now roams Teleria like a hungry wolf. Though not without strength of his own, this Champion of evil relishes any opportunity to strike at an unsuspected foe and deal as much pain as he can before any retaliation can be mounted. Worse still, his pickaxe 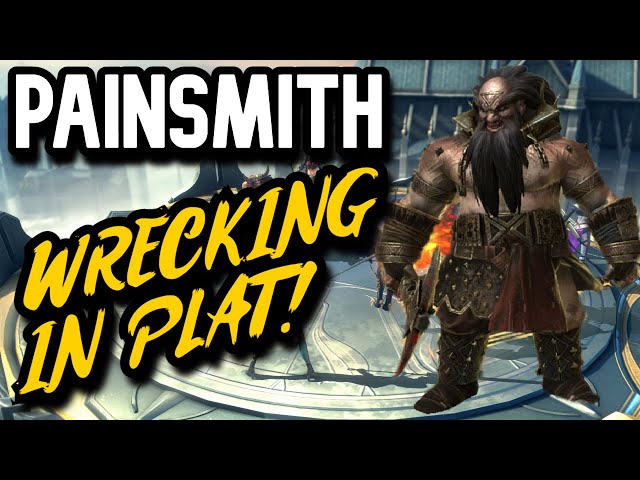