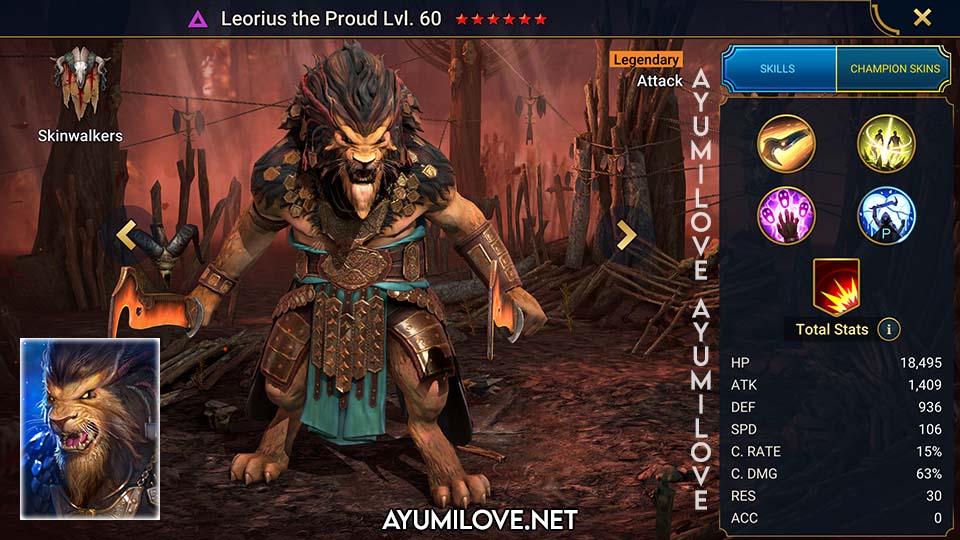 Leorius the Proud’s True Grit is his signature passive skill that allows him to survive against enemy any nuke attacks especially in Arena! It instantly applies Unkillable buff on himself similarly to Skullcrown passive skill! This gives him the opportunity to unleash Awesome Roar (A3 Skill) to nuke and crowd control his foes with True Fear debuff upon reaching his turn. Leorius’s damage output significantly increases as his passive skill boost all his skill’s damage when his health drops very low! He is also immune to all crowd control debuff inflicted by enemies when his Rage of the Pride (A2 Skill) is not on cooldown. You can disable this skill in the Team AI Preset to take advantage of this passive effect!

Apart from that, Leorius’s Lion’s Twinclaws (A1 Skill) has the ability to apply Decrease Defense debuff and deals extra damage to its target, which makes it a great single-target damage ability against bosses. Last but not least, he has a Critical Rate Aura, which is useful for early-mid game players to achieve 100% Critical Rate on their nukers when they lack of Critical Rate substats or Critical Rate gloves.

True Grit (Cooldown: 3 turns for Active Effect)
[Active Effect] Instantly places an [Unkillable] buff on this Champion for 1 turn before receiving a fatal hit. [Passive Effect] Damage increases as the Champion’s HP decreases (by 1% for every 1% of HP lost).

Aura
Increases Ally C.RATE in all Battles by 24%

Here is Leorius the Proud masteries optimized as a damage nuker for all areas in the game without requiring any specific speed-tuning for a particular team composition. This section covers Leorius the Proud’s specialized build for specific areas in the game. 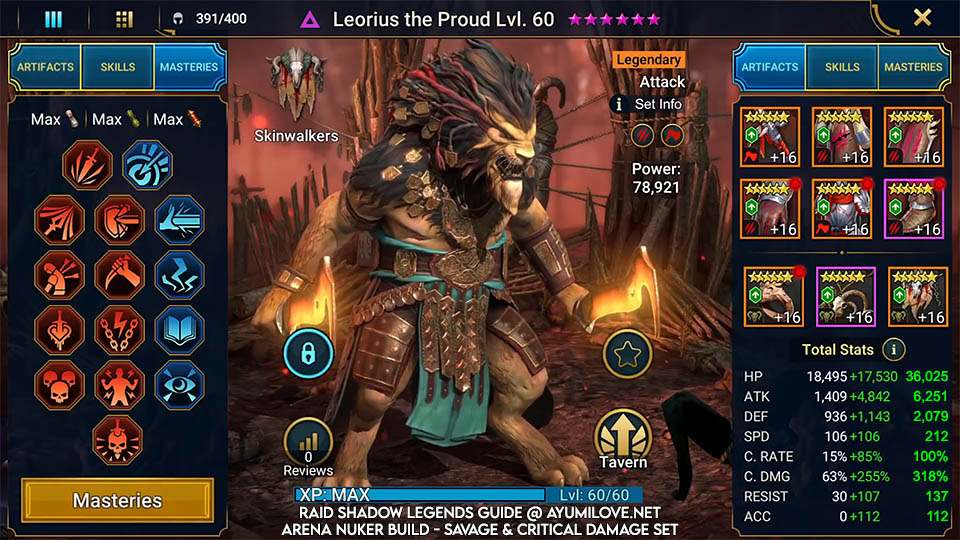 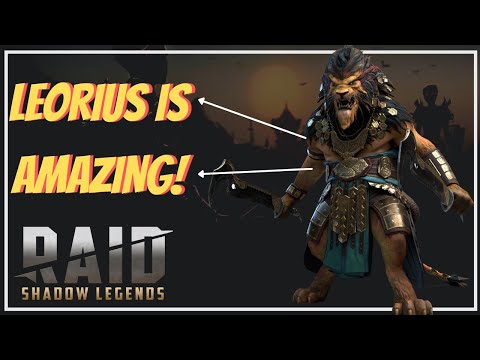 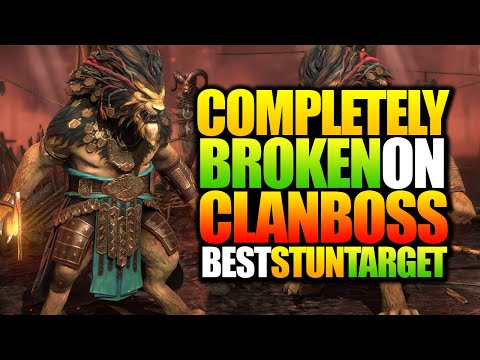 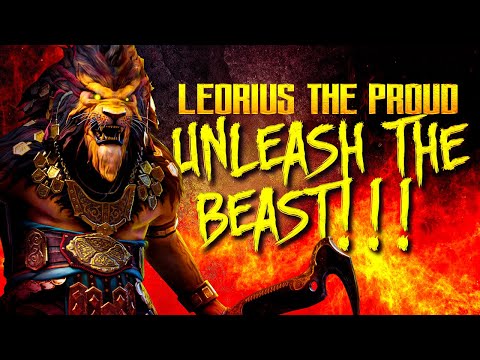 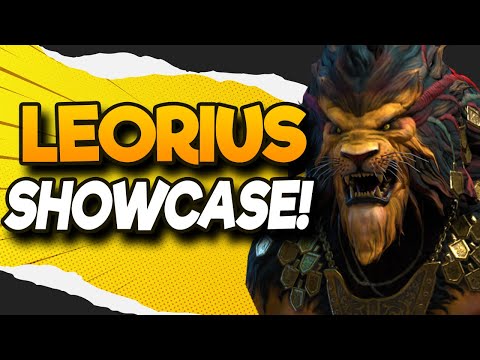