Here is Richtoff the Bold’s artifacts and masteries by Tyrauku optimized as a dungeon solo farmer for Dragon 25. Richtoff is equipped in Regeneration Set and Immortal Set to provide him with a large amount of healing each time he takes his turn. The stats to prioritize on him are Accuracy, Speed, Health and Defense. You will need at least 225 Accuracy to allow Richtoff to successfully apply Poison debuff on enemies and 220+ Speed to go twice of the enemy turn. Once you have achieve these minimum stats, the remaining points should be distributed to get the highest amount of Health and Defense. It’s recommended to have 65K Health and 3K Defense stats to survive against the 2 waves of mobs before the Dragon boss. If you have decent gears, you can attempt to get 280 Resistance to make it easy to resist the 2nd wave of enemy’s instant negative effect which are Decrease Turn Meter. 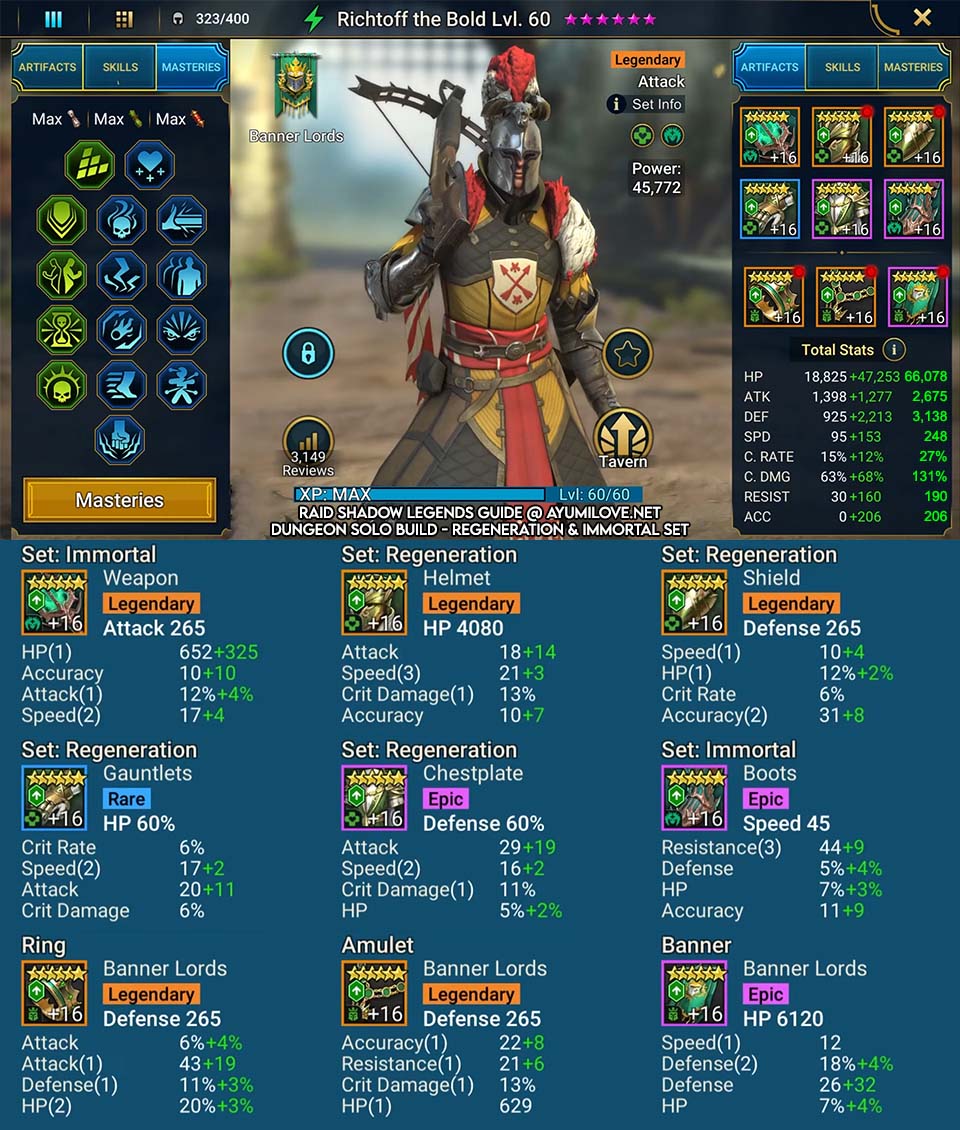 Few would dare argue that the Captain of King Tayba’s personal Guard, Richtoff, known as the “Bold”, earned his title. Born to the family of a stone broke minor noble, Richtoff’s prospects in life were not much better than those of a commoner. But Lumaya herself must have smiled upon him. Rather than being sent as a page to a noble of similar worth (or rather lack thereof) or to his own father, Richtoff’s fate took a different turn. The Grand Tourney in Kaerok Castle gathered nobles from all across the kingdom, no matter how inconsequential they may be. And where most young nobles were content to just watch and dream of the day they could take part themselves, Richtoff attempted to sneak past the guards onto the archery range. The King, amused by such a brazen act, stopped his men from dragging Richtoff away and allowed the boy to participate. Many laughed and openly mocked the upstart, yet as soon as Richtoff’s first arrow struck true the murmurs and jeering ceased. He could not match the true masters at that age, of course, but had shown himself to be talented enough to earn his place at Kaerok’s court. There he was given the tools and teachers to hone his skill. Upon reaching adulthood Richtoff was already known as one of the best sharpshooters the Kingdom had to offer. He is said to have slain trolls and undead with but a single shot from hundreds of paces away, and none could match the speed with which he reloaded his crossbow to batter the enemy with a hail of quarrels. Now an anointed Knight, Richtoff has recently risen through the ranks to lead the King’s own Guard. And Kaerok’s enemies can be certain, never again shall the King be threatened while his loyal servants keep vigil. 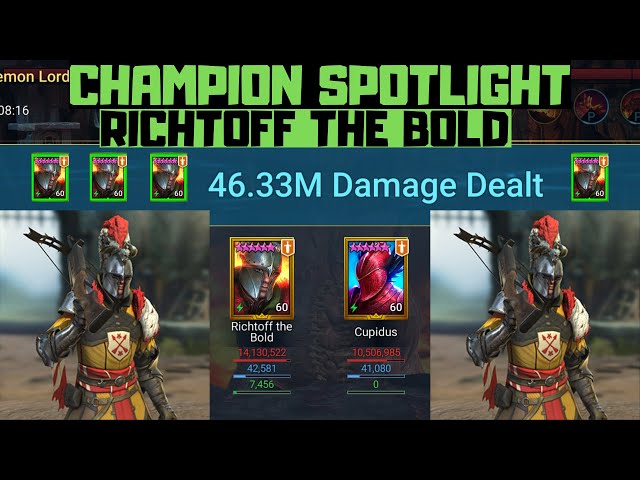