Aura
Increases Ally C.RATE in all Battles by 12%

Here are Theresc’s masteries optimized as an all-rounder build for all areas in the game without requiring any specific speed-tuning for particular team composition. Below is a reference of the artifacts equipped on Theresc that is suitable for most content in the game by mad capper. Theresc is equipped in a triple Perception Set to boost her Accuracy stats, so she can perform her debuffer role efficiently. Having her Accuracy high boosts her damage output through her passive ability. With the Accuracy stats covered, you can prioritize the Attack%, Critical Rate, and Critical Damage stats to enable her to deal a high amount of damage to her targets. The total stats below are optimized to tackle the Brutal difficulty of Hydra Clan Boss. 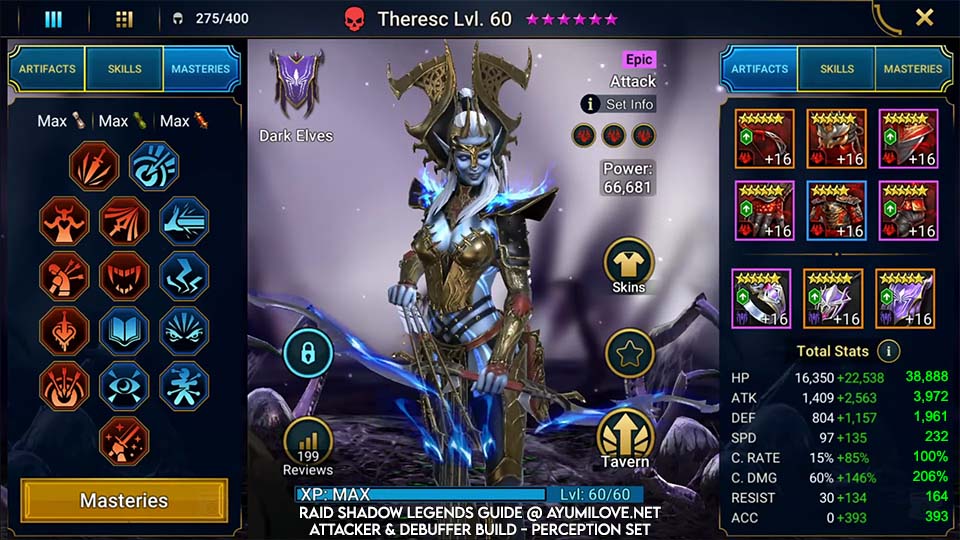 mAd Capper: Theresc | I Built Them, So You Don’t Have To 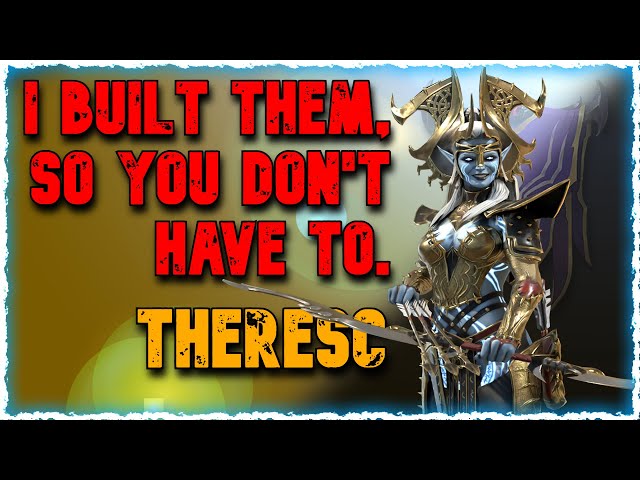