Fayne is an Epic Attack Spirit champion from Skin Walkers in Raid Shadow Legends. Fayne was introduced in Patch 2.21 on October 2nd 2021 as part of the required champion to summon Vergumkaar in the Classic Champion Fusion event!

Fayne is one of the best Epic champions for Clan Boss team as she offers all the essential debuffs, which are Decrease Defense, Weaken and Poison debuff! Fayne is recommended for Unkillable Clan Boss as long extended battle will not hinder her performance due to her low health and defense as she is protected by Unkillable or Block Damage buff. Fayne is also used as a Spider’s Den Speed Run debuffer to apply the Decrease Defense and Weaken debuff at the start of her turn, so her allies can wipe out the boss within the very first turn! The downside of Fayne is she is not great against mobs of enemies as her debuff are mostly single-target.

Hence, if you are looking for an excellent debuffer against a single-target enemy/boss, Fayne will be one of the best candidate for the job! However, you will not need to build Fayne if you have more powerful champion such as Dracomorph and Venus who provides the same utilities as her but in AoE scale (affects multiple enemies).

Pre-requisite: Fayne to be equipped with Lifesteal Set and equipment that provides a good amount of Accuracy, Attack, Critical Rate and Critical Damage. This mastery build is recommended for players who wish to use Fayne in multiple areas if they do not have dedicated champions to speed run each particular area in early-mid game. Pre-requisite: Fayne to be equipped with Lifesteal Set so she could replenish her health via Warmaster (Tier 6 Offense Mastery) in Clan Boss. In addition, her equipment should have decent amount of Accuracy (to land those debuff), Defense and HP (for survivability) and bonus to have Critical Rate and Critical Damage for added damage and healing in case the Warmaster did not proc to recover her health. This mastery setup is recommended for players who are using Fayne solely for Clan Boss. Below is a reference of the artifacts equipped on Fayne optimized for Budget Unkillable Clan Boss using Lifesteal Set, so she can recover sufficient health (HP) to perform counterattack when the Clan Boss inflicts a high amount of damage to her! This build is also usable for other content such as Doom Tower (Normal Mode) and Faction Wars. 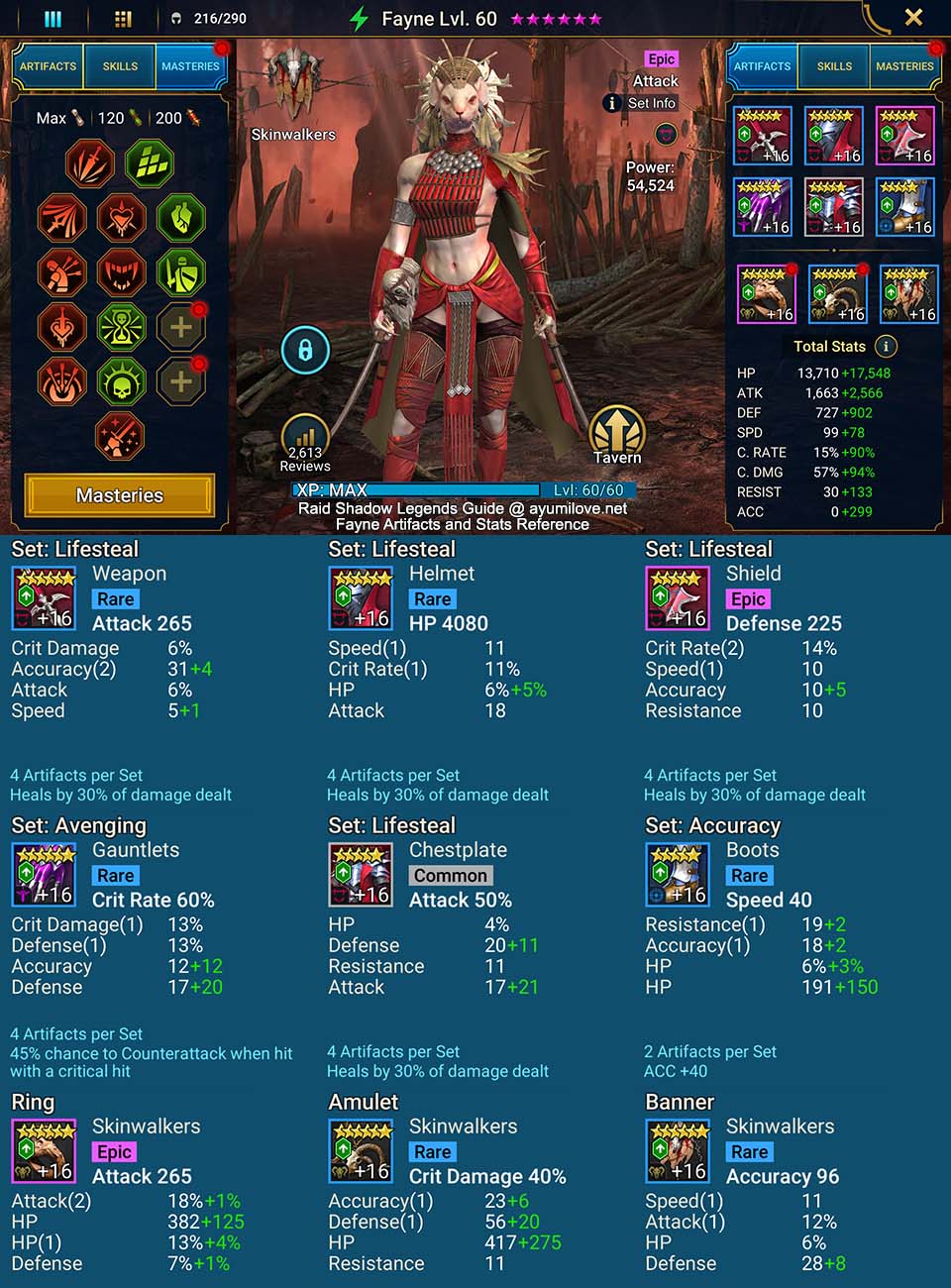 Below is a reference of the artifacts equipped on Fayne optimized for Bateater Unkillable Clan Boss using Relentless Set, so she can cycle through her skills much quickly to apply more Poison debuff and also uses her Active Skills frequently to deal more damage to the Clan Boss! 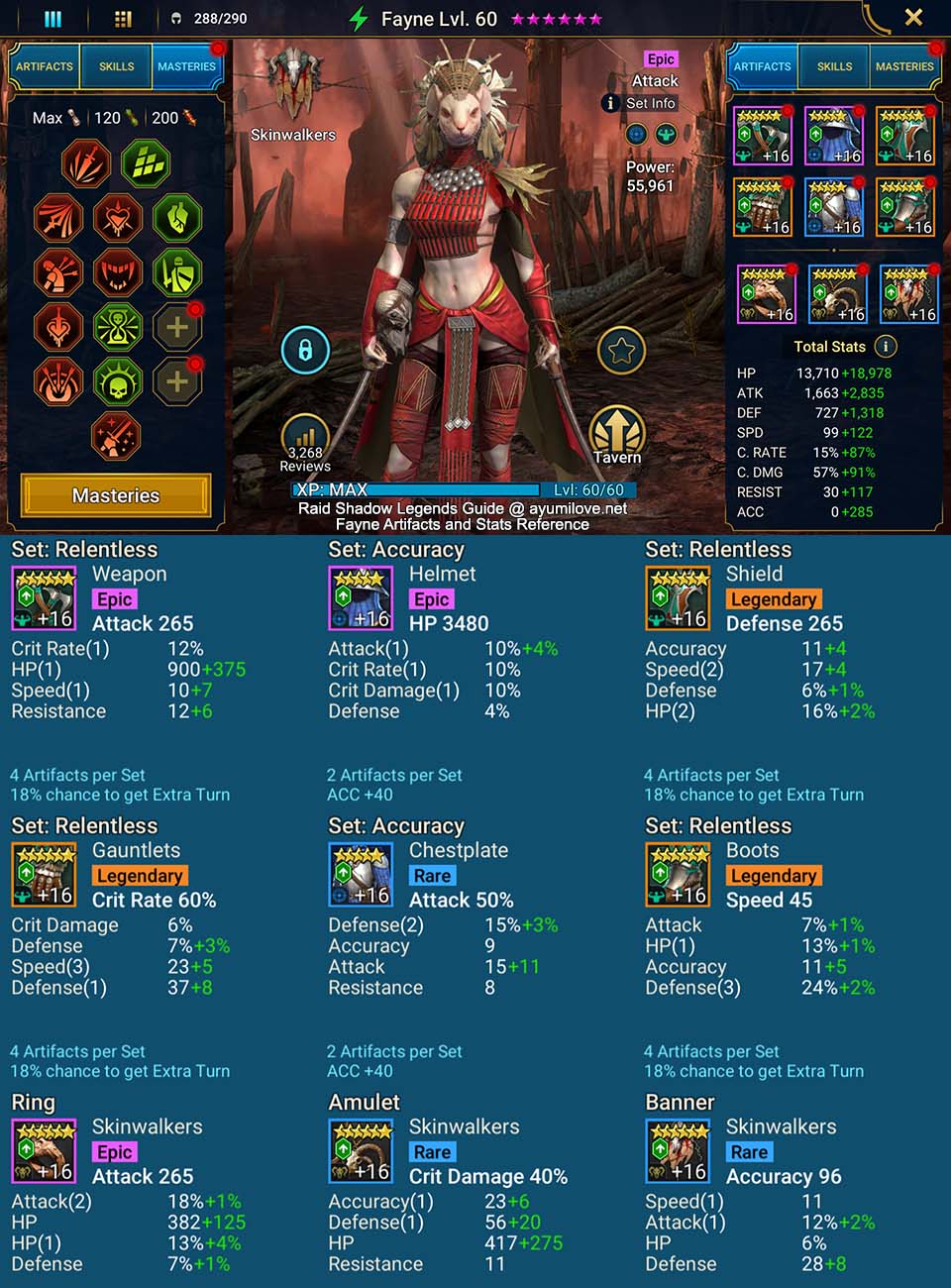 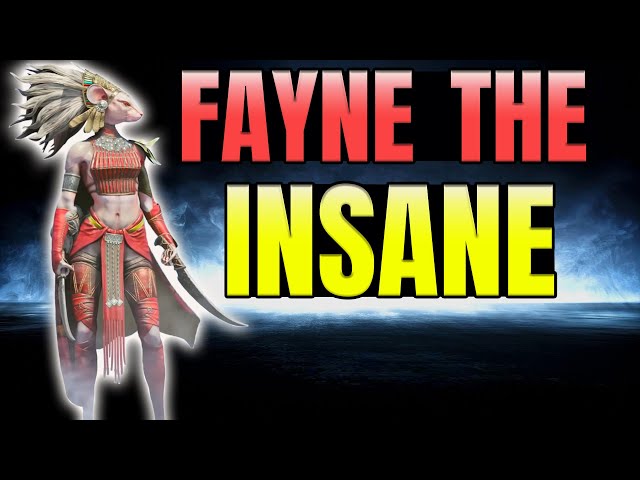 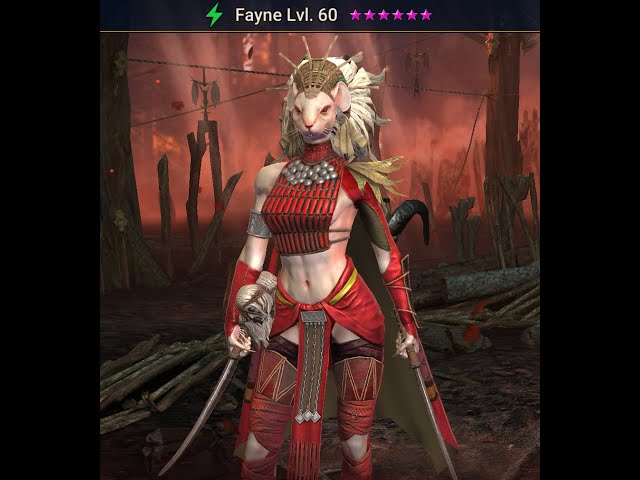 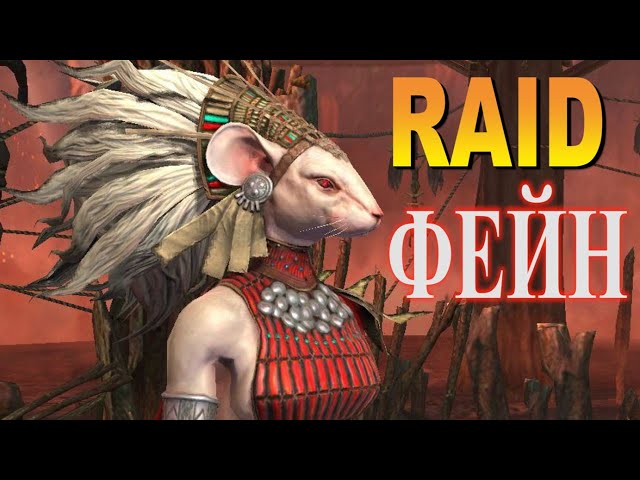