Lover’s Sacrifice [Passive] (Cooldown: 6 turns)
Fills the Turn Meters of all allies by 20% when this Champion is killed. Revives this Champion with 75% HP when killed if Khoronar is on the same team.
Level 2: Cooldown -1
Level 3: Cooldown -1

Aura
Increases Ally SPD in all Battles by 19%. Below is a reference of the artifacts equipped on Minaya optimized for Arena, Doom Tower, and Faction Wars content. The important stats prioritized for Minaya are HP%, Defense, Resist, and Speed. Resist is to prevent Minaya from being crowd-controlled (e.g. Stun, Provoke, Freeze, Fear, Sleep) or being locked down (e.g. Block Active Skills, Increase Skill Duration), so she could heal her allies and apply Shield buff promptly. Speed is crucial to enable her to cycle through her skill cooldowns quickly and apply her Continuous Heal buff on allies more quickly to heal allies who are low in health. A decent amount of HP and Defense allows her to sustain in battle much longer against tougher opponents who inflict a devastating amount of damage. 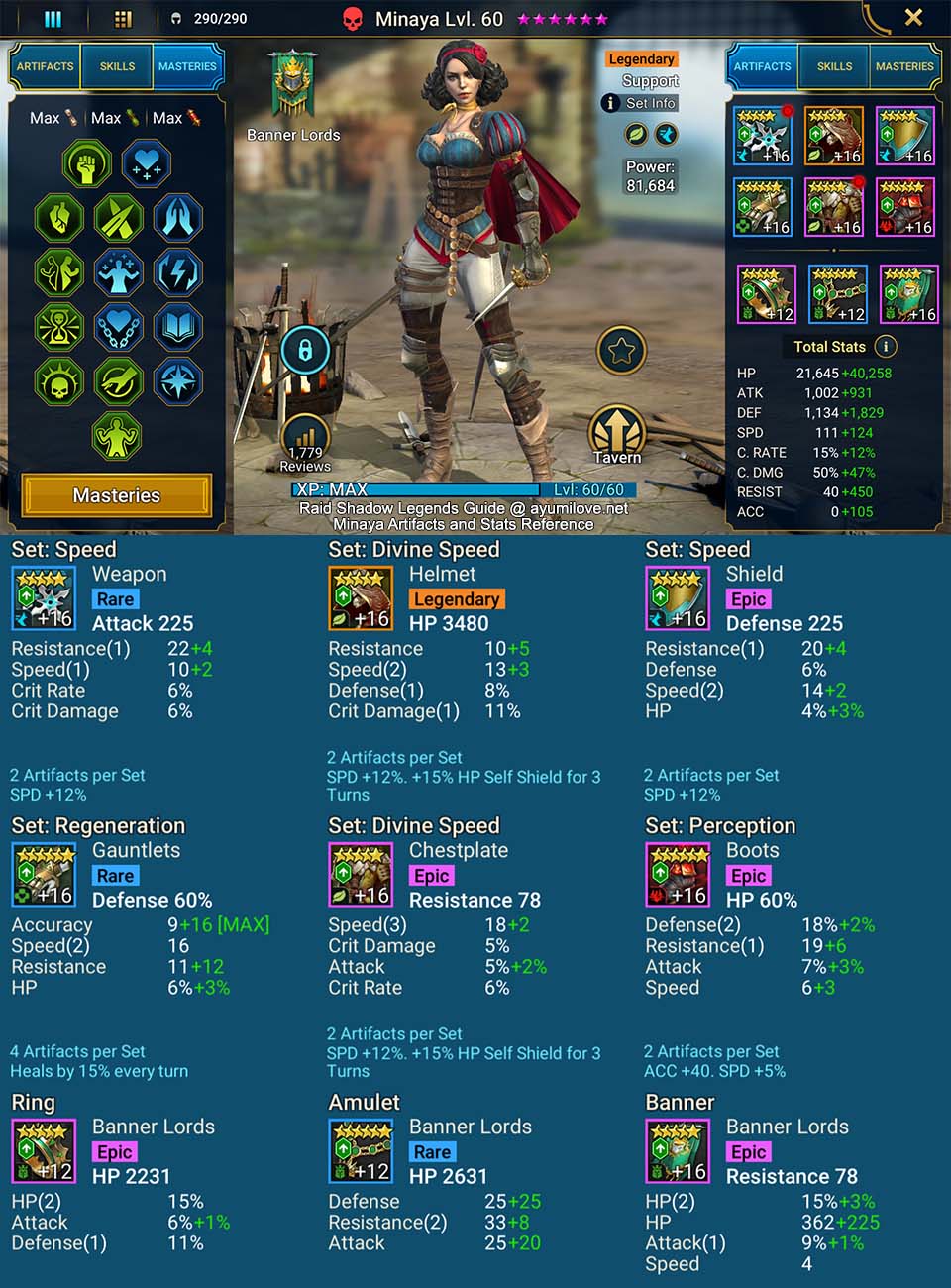 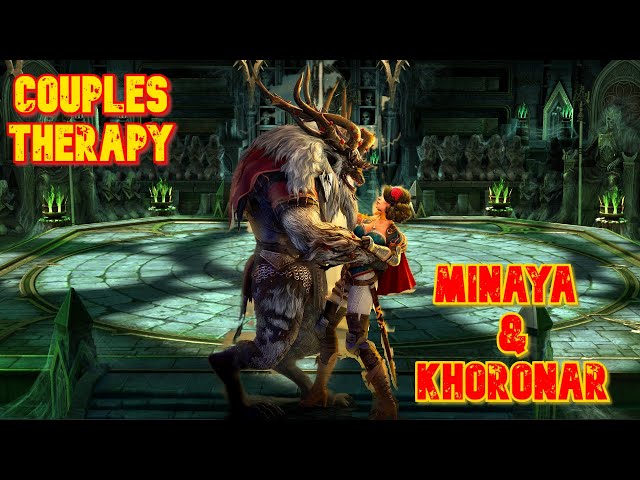 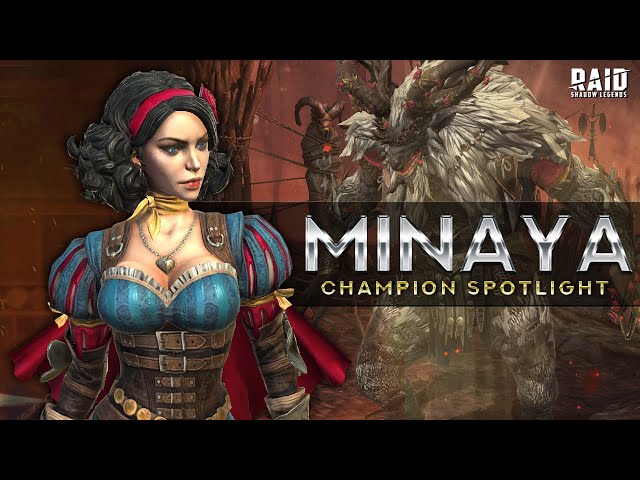 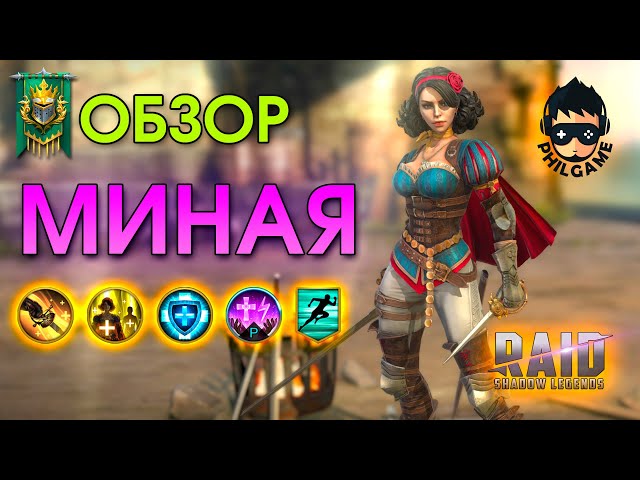