Aura
Increases Ally SPD in the Arena by 15 %. Much of the ancient Lizardmen civilization lies in ruins, splintered into primitive tribes that, over the centuries, have turned bestial. But vestiges of their culture still remain in memory and traditions that can outlive countless generations. The Haruspices are an excellent example of that. They are hereditary priests who carry the knowledge of the Ancestors and serve the Great Dragon – the chief deity of the Lizardmen. Specifically, these priests are trained in the ways of divination, reading fate, and tugging at its strands to achieve the most desirable outcome for their kin or allies. Like all Lizardmen, however, they carry warriors’ blood in their veins. Though arguably not as strong a fighter as some others, they are certainly not an opponent to disregard. A Haruspex will often carry poisonous weapons or mixtures that can be used to weaken an enemy, and the knowledge of minor incantation can empower those Champions fighting at his side. 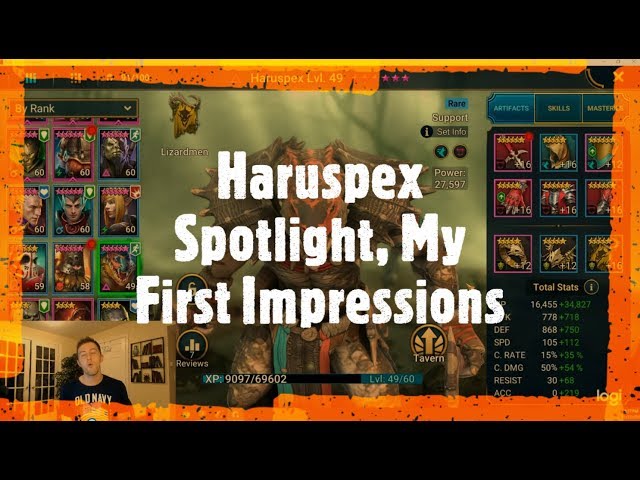