Athel is a Rare Magic Attack champion from Sacred Order in Raid Shadow Legends. Athel is one of the 4 starter champions (Kael, Elhain, Galek) that you can select before you begin the game! He is renowned for his multi-hit attacks that is great for bringing down Fire Knight’s boss shield, amplify the amount of damage dealt by your team by applying Weaken debuff on enemy and she has the skill to boost her Attack and Defense up! Dark Athel is her successor who can be obtained through Daily Login Rewards and Ancient Shards.

Strike Down (A1 Skill) is Athel’s default attack that has the ability to apply Weaken debuff on a single-target enemy, so your team can deal extra damage to the enemy. This debuff is useful against dungeon bosses and Clan Boss (Hydra and Demon Lord) to rack up high amount of damage score for better chest reward. It also hits the enemy 3 times, which is useful in removing Fire Knight’s boss shield quickly to deal direct damage to it!

Divine Blades (A2 Skill) is Athel’s AoE Attack that hits all enemies in the battlefield. This skill provides an additional 15% Critical Rate, which means having at least 85% Critical Rate on Athel allows him to deal critical damage to wipe out enemies instantly. All starter champions (Athel, Elhain, Galek and Kael) have this unique passive Critical Rate boost on their AoE attack to give them an edge among all Rare champions!

High Bessing (A3 Skill) is Athel’s signature self-buffing skill that applies Increase Attack buff to himself and grants an extra turn to perform another ability. If her health is low, it will also apply Increase Defense buff to increase her survivability. When paired with her AoE Attack, it deals massive amount of damage against her foes. This is useful when you do not have a dedicated support buffer to apply AoE Increase Attack to the team during early game, which makes Athel useful for solo/duo clearing Campaign bosses to achieve 3 stars without requiring end-game gear.

Last but not least, she has a Health Aura that can be used in all areas, which is beneficial in raising your champions survivability early game. Overall, Athel is one of the best Rare champions that is worth taking to Level 60. Her role can be customized based on your game progression, either as a debuffer (early-mid game) or nuker (late game) until you found a better replacement for her such as Rhazin Scarhide upon completing the Champion Fusion.

Aura
Increases Ally HP in all Battles by 15%.

Pre-Requisite: Athel to be equipped with Lifesteal Set and equipment that provides decent Accuracy, Speed and Critical Rate. The mastery setup suggested below helps you to build Athel as a more rounded character where she can be utilized in all areas efficiently. Lifesteal Set increases Athel’s survivability substantially as she can heal herself without requiring a dedicated healer when leveling fodder in Campaign Brutal 12-3 as well as sustaining in Arena and Clan Boss battle. Pre-requisite: Athel to be equipped with high Attack, Critical Rate, Critical Damage. Best Artifact Set for this mastery build is equipping her are Savage Set, Cruel Set or Offense Set. The mastery setup below is recommended for Arena to deal maximum amount of damage to the opposing team. The damage is amplified if paired with Decrease Defense and Increase Defense champion. If you do not have a dedicated champion to farm campaign, Clan Boss and Dungeons in early game, I would recommend picking the mastery “Arena, Campaign, Clan Boss, Dungeons, Doom Tower and Faction Wars”. Pre-requisite: Athel to be equipped with Lifesteal Set with decent amount of Defense and Accuracy stats. The mastery setup below allows Athel to deal maximum amount of damage to the Clan Boss by surviving a longer period of time to trigger as many Giant Slayer attacks on the boss. Giant Slayer (Tier 6 Offense Mastery) inflicts damage based on ENEMY MAX HP. The more HP the enemy has, the more damage the enemy receive. In addition, have Athel with some Critical Rate and Attacks stats, so she can heal through her skill attacks if Giant Slayer did not proc in time to recover her health for the next upcoming attack. How to counter Athel?

Here is Athel artifacts and masteries by Ayumilove, optimized as an all-rounder champion to tackle Campaign, Clan Boss, Dungeons, Faction Wars and Normal Doom Tower content! Athel is equipped in Lifesteal Set to heal herself during battle, especially when speed farming campaign along with 3 fodders. This artifact set is recommended for early-mid game players for survivability, as you will be lacking in Health and Defense stats to tank the damage. The stats to prioritize on Athel are Attack, Critical Rate, Critical Damage, Speed and Accuracy. 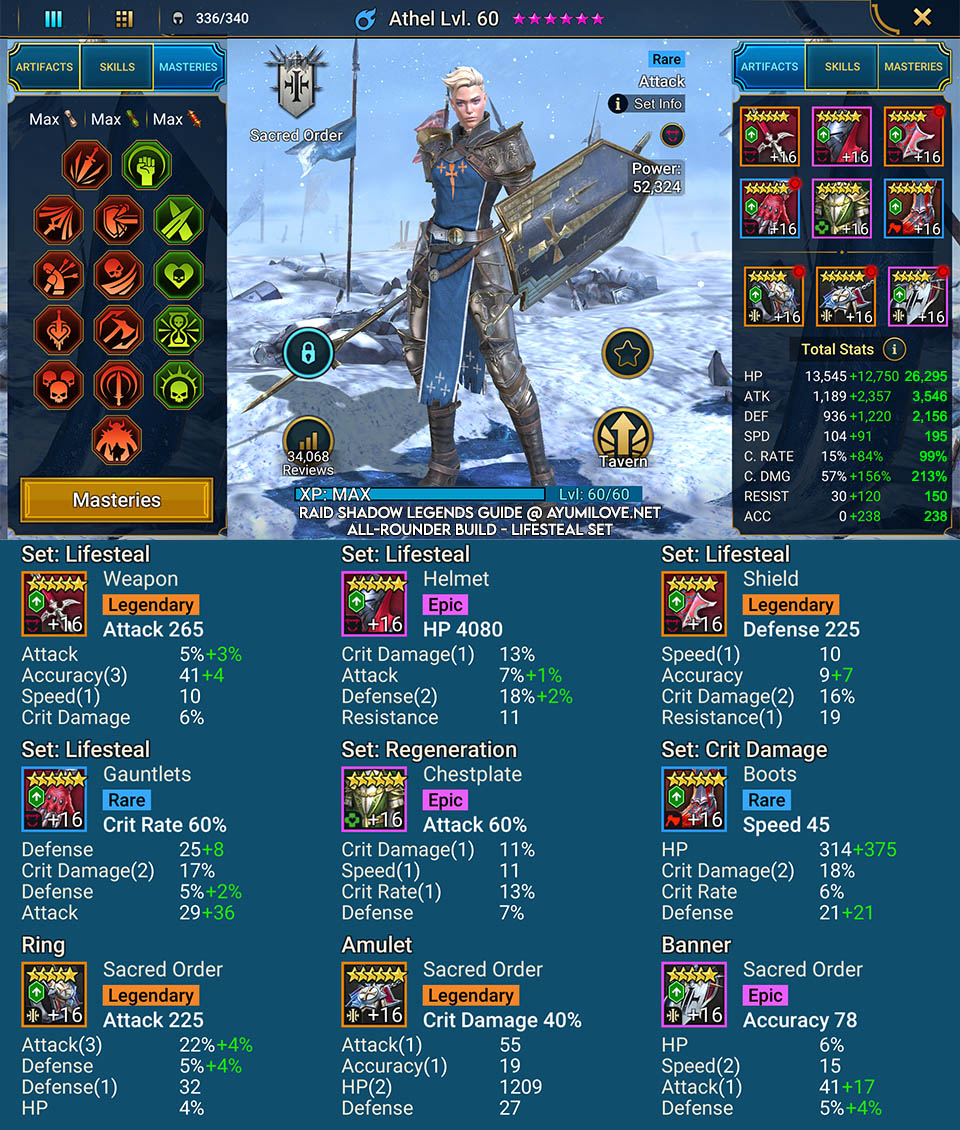 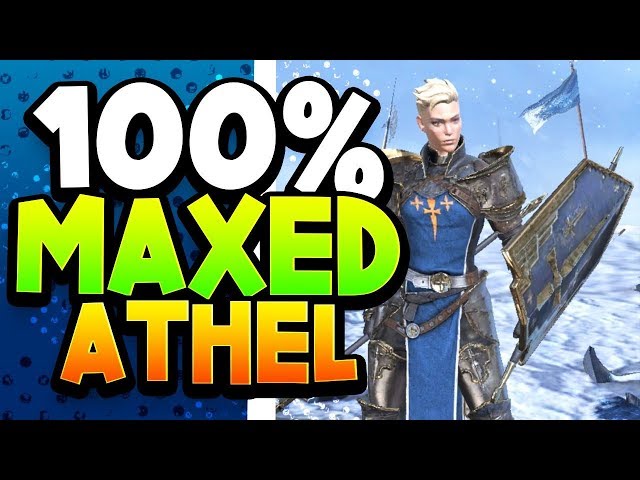 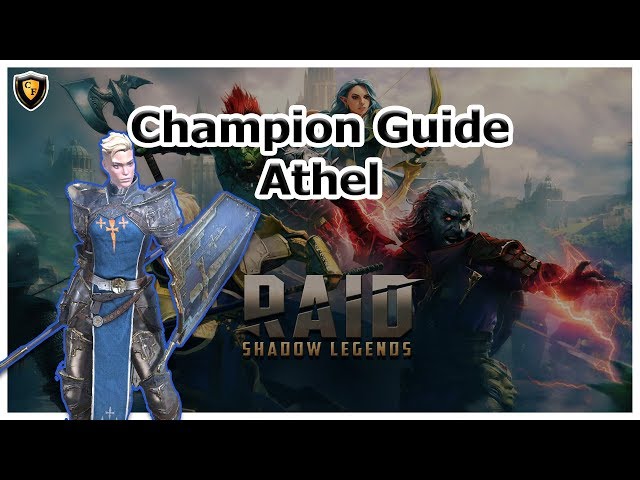 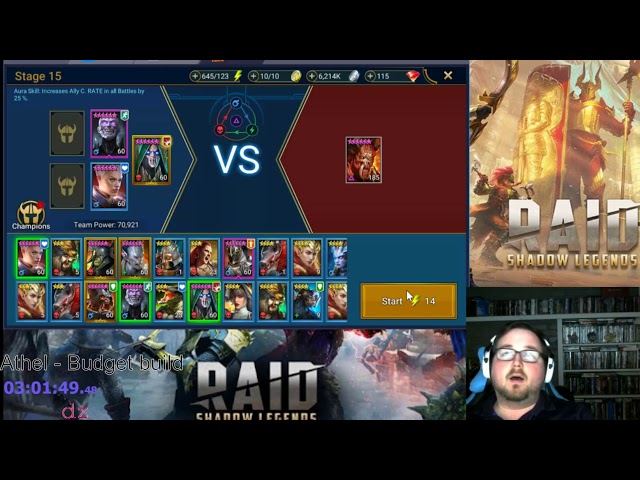 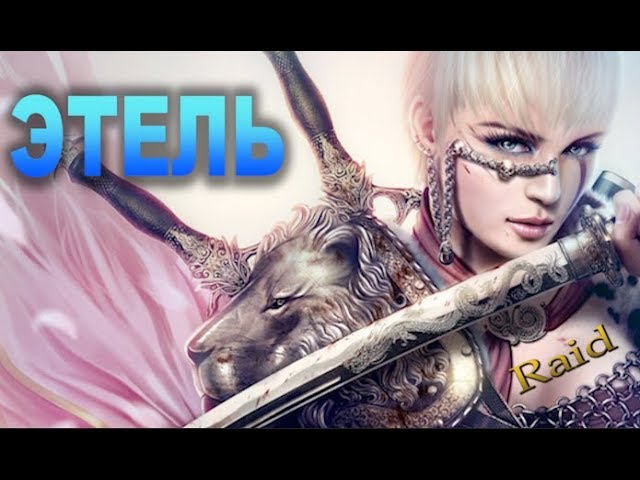