Skinner is an Uncommon Attack Magic champion from Lizardmen faction in Raid Shadow Legends. Skinner can be obtained by farming him in Sewers of Arnoc campaign, purchased from Market or summoned from Mystery Shards. He is an excellent champion for early-mid game players as he has 2 useful kits to help in Fire Knight and Potion Keep Dungeons. His Sharpened Boned (A1 Skill) hits 3 times, which allows you to reduce the Fire Knight’s Boos shield quickly and enable your team to damage the boss. Skinning Slice (A2 Skill) is Skinner’s signature skill that removes buffs from enemies. This is valuable against foes who relies heavily on buffs to protect themselves, notably the Magic Keep, Arcane Keep and Spirit Keep. Having Skinner here allows you to farm ascension potions with ease to enhance your champion early on, giving them a good head-start with additional stats. 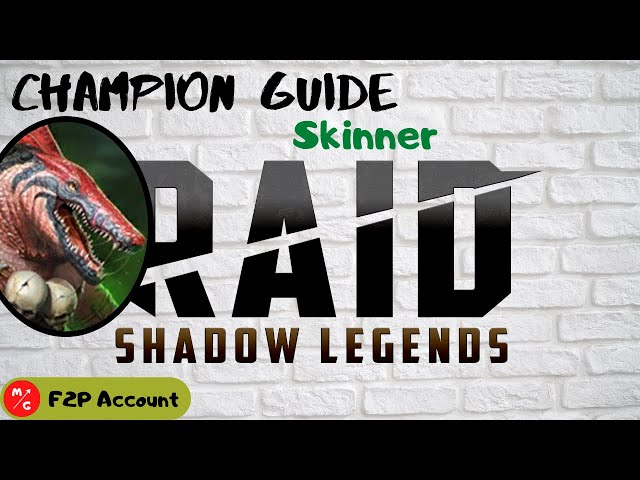