Mycolus is a Rare Support Void champion from Ogryn Tribes faction in Raid Shadow Legends. Mycolus was released on June 2021 in Patch 4.30 as part of Hurndig Champion Fusion Event. He and along with 3 other Rare champions are fused to obtain either Siegehulk, Gory, Skathix or Hoforees the Tusked.

Vigor Spores (A1 Skill) is Mycolus’s default attack that allows him to heal a team member who has the lowest HP in the team while attacking a single-target enemy. This ability is designed for Mycolus to address the lack of Healer champions in Orgryn Tribes faction, so players are able to complete this Faction Wars easily. Since the heal is based on Mycolus’s damage, it would be good to have him with some decent Critical Rate stat for him to deal a higher amount of damage.

Fungal Privilege (A2 Skill) is his signature skill that protects his allies with Ally Protection buff while healing them simultaneously based on their MAX HP. It also applies a Shield buff to improve his survivability to tank the damage divered from his allies to himself. This is very useful in raiding Clan Boss especially for early-mid game players to protect squishy champions.

Absorption Roots is Mycolus unique passive skill, that allows him to protect his allies all the time. When equipped with Guardian Set and Bulwark (Defense Tier 6 Mastery), you can raise his passive Ally Protection up to 15% to protect his allies. This ability is a mini version of Ursuga Warcaller (BA-LHV) but without condition attached. This setup is recommended if you plan to use him primarily as a support champion without dealing damage via Warmaster (Offense Tier 6 Mastery) for bossing.

Last but not least, he has a useful Defense Aura but it’s only applicable for Faction Wars to enhance the survivability of Ogryn Tribes champions in that area.

Mycolus offers a wide variety of support that increases your champion’s survivability. If you do not have any decent support champion for early-mid game, Mycolus is a decent candidate to fill in that role! To unleash his full potential as a tanker/supporter, equip him in high Health and Defense to tank the damage from his allies, followed by some Critical Rate and Attack stats to deal some damage, so he could heal allies on his basic attack.

Absorption Roots [Passive]
Decreases the damage all allies receive by 5%. This champion will receive that damage instead.

Here is Mycolus’s masteries optimised as an all-rounder build for all areas in the game without requiring any specific speed-tuning for a particular team composition. Here is Mycolus’s mastery optimised for Clan Boss or any Boss Raid that requires speed-tuning, as it does not have any masteries that has Increase Turn Meter effects. 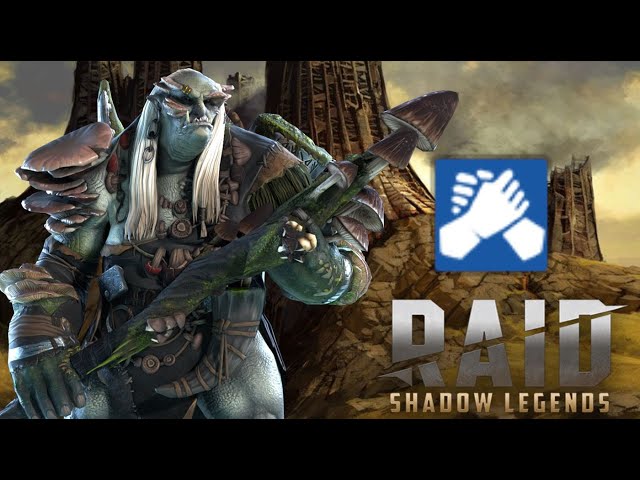