Aura
Increases Magic Ally ATK in all Battles by 36% Here are the artifacts and masteries equipped on Trunda Giltmallet by MacChan, which is optimized for maximum damage inflicted on enemies. Trunda Giltmallet is equipped in Savage Set and Helmsmasher mastery to allow her to ignore a large amount of the enemy’s defense to deal a high amount of damage. This setup is best paired with a debuffer who can apply 60% Decrease Defense debuff, which makes her essentially ignores all the enemy defense! With this setup, it’s easy to take out the tankiest champion regardless of the amount of HP and Defense it has. 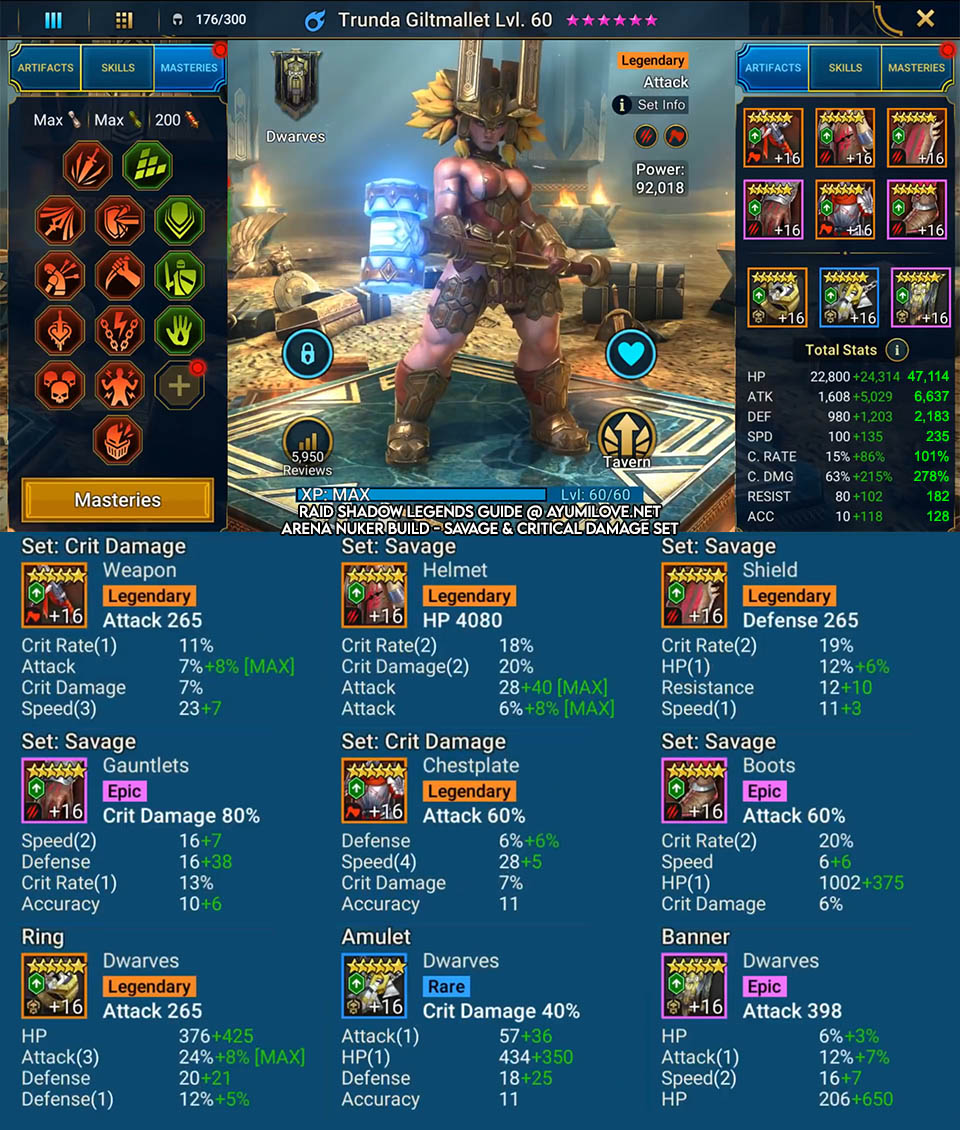 Here are the artifacts and masteries equipped on Trunda Giltmallet by MacChan, which is optimized for maximum damage inflicted on enemies. Trunda Giltmallet is equipped in Immunity Set and Critical Damage Set. Immunity Set protects Trunda against negative effects such as Tormin the Cold Freeze debuff and Hegemon Block Active Skills. The stats prioritize on Trunda are Attack, Critical Rate, Critical Damage and Speed to maximize her damage output. 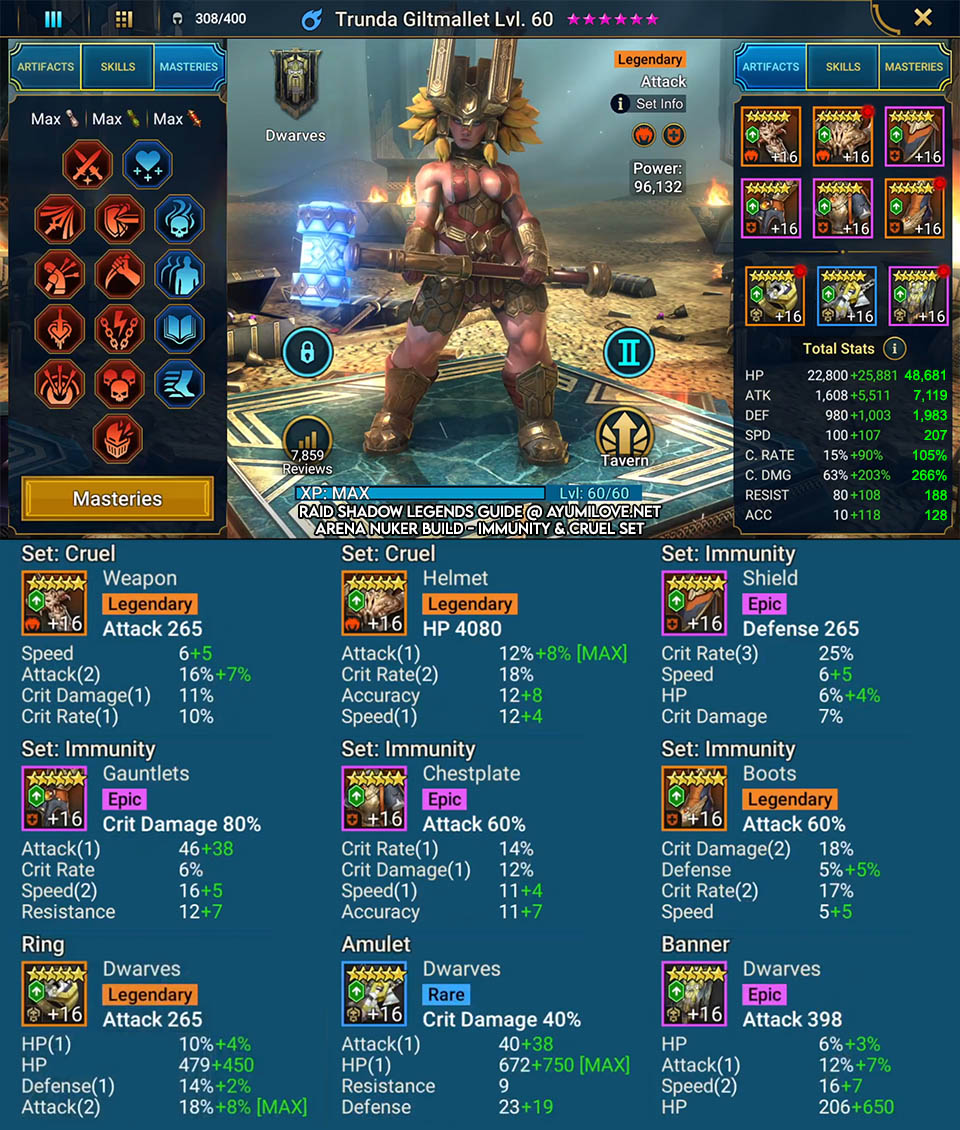 Master balladeers know that a hero of legend often earns the title not just due his or her skill and courage – important as they are! – but also by heeding a greater calling. Be that timely divine intervention or a twist of fate that leads them to greatness. For Trunda Giltmallet, fate had a mystery to solve. As a young and hopeful smith apprentice, Trunda had come across a collection of strange ore nuggets during one of the mining expeditions. Elder Dwarves claimed these must have come from somewhere beyond the realms of Teleria. And indeed, they were nothing like she had seen before, harder than steel and buzzing with hidden power. No hammer could break them, no smelter had heat enough to bend this mysterious metal to its will. The magical properties of the ore were clear, and Trunda had spent well over a decade being tutored by the very best artisans the Dwarven Kingdom had to offer before she finally prevailed. With dragonbone dust and alchemical fire, with rune-incrusted instruments and water from the purest mountain streams, Trunda forged a mighty mallet from the star-metal ore. The invading hordes of Siroth provided the final ingredient, and, with a droplet of demonic blood, the magic that lived within the metal had been unleashed. Her new weapon in hand, Trunda joined her kindred in repelling their hated foe. Each strike pealed like thunder, blasting demons with arcs of eldritch lightning and setting them ablaze with the fires of the Primordial Forge. Such was Trunda’s fury and skill, that the King himself praised the young warrior and held a feast in her honour. Now, with Siroth’s minions well and truly on the run, Trunda turns her attention to the King’s expedition to the Surface. She is a hero of her people, and the lust for adventure fills her spirit. Surely, there are yet many deeds worthy of Trunda Giltmallet’s rising legend – and she is determined to find out. 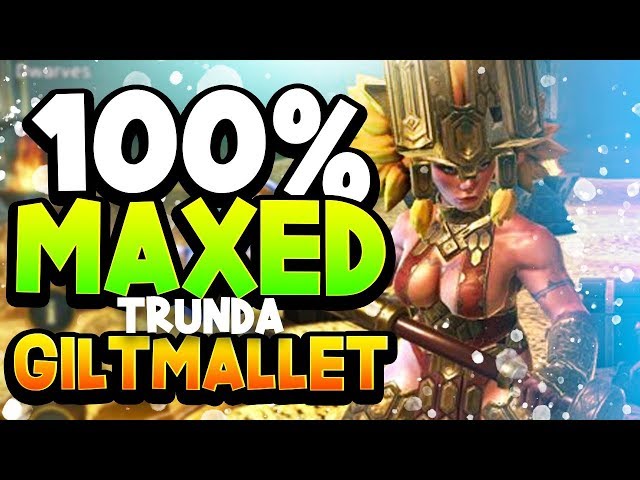 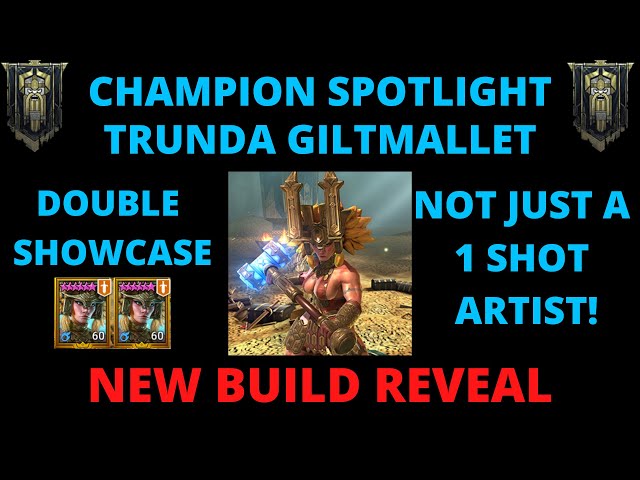 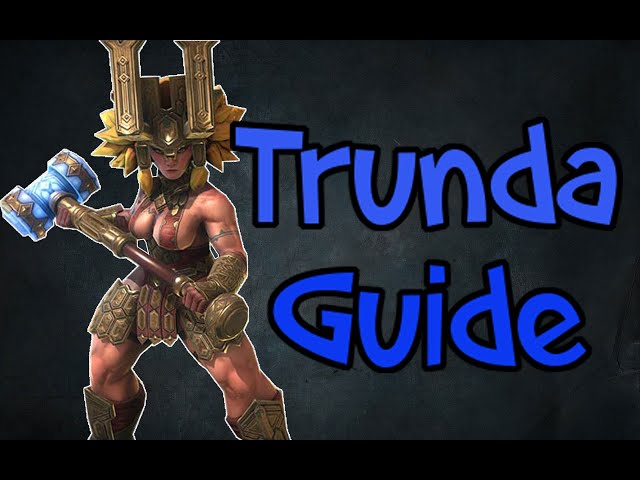 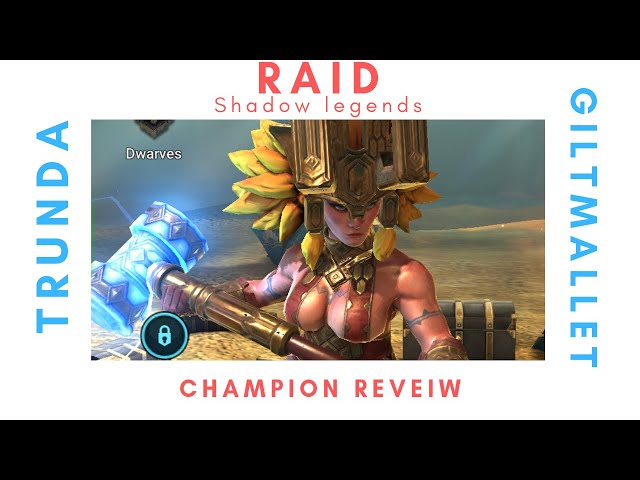 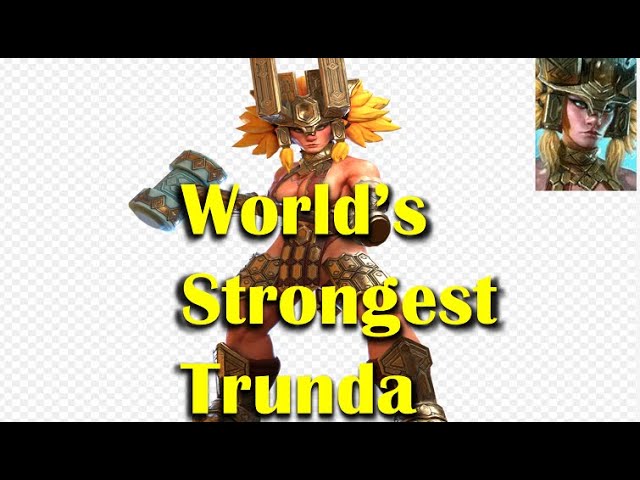