Chani is an Epic Attack Magic champion from Shadowkin faction in Raid Shadow Legends. Chani was introduced in Patch 4.20 on May 7th 2021. Her skill kit revolves around inflicting debuffs and instant negative effects on enemies while dealing high amount of damage.

Insidious Arrow (A1 Skill) is Chani’s default attack that has a 60% chance to place Poison Sensitivity on a single-target enemy. However, she does not have any skills that places Poison debuff on the enemy to benefit from Poison Sensitivity. It’s recommended to pair her with a Poison Champion such as Frozen Banshee to amplify the Poison damage dealt over time.

Soul Fire (A2 Skill) is Chani’s single-target nuking skill that deals high amount of damage to an enemy with the aid of Increase Attack buff. Apart from that, it self-buff her with Increase Accuracy, so she has a higher probability of applying her debuff against high resistance enemies. This skill also applies HP Burn on the enemy to deal additional DoT damage (Damage over Time).

Shower of Misery (A3 Skill) is Chani’s signature skill, which has an 80% chance of increasing the debuff duration on all enemies by 1 turn. To reap the most benefit from this skill, it’s highly advisable to pair her with other debuffer to keep the debuffs on enemies 100% uptime since most skills have 3 turns skill cooldown with 2 turns debuff duration.

Overall, Chani is a decent Epic champion who can deal high amount of damage but her debuffing capabilities will only benefit if your team has debuffing champions to unleash their full potential. She is pretty squishy and the best way I found to use her is in a speed nuke team to wipe out the enemies before they can retaliate while having a backup crowd control champion in case the enemies survive the nuke attack.

Sureshot [Passive]
Immune to [Decrease ACC] debuffs. Increases this Champion’s C.RATE by 0.05% for every point of ACC they have.

Aura
Increase Ally ACC in all Battles by 40. Here is Chani artifacts and masteries by Ayumilove optimized as an all-rounder champion for all game content. Chani is equipped with Lifesteal Set to enable her to self-sustain to improve her odds of surviving as her base health is pretty low. In addition, she is equipped in Perception Set to provide her with ample amount of Accuracy stats, so she can successfully inflict her debuffs and apply instant negative effects on enemies. The stats to prioritized on Chani are Attack, Critical Rate, Critical Damage, Speed and Accuracy. You do not need to achieve 100% Critical Rate as she has a unique passive skill that provides her additional Critical Rate based on the amount of Accuracy she has! If you are able to get her Accuracy up to 200, she can attain 10% Critical Rate to reach 100% Critical Rate easily to consistently hit enemies with Critical Hit! 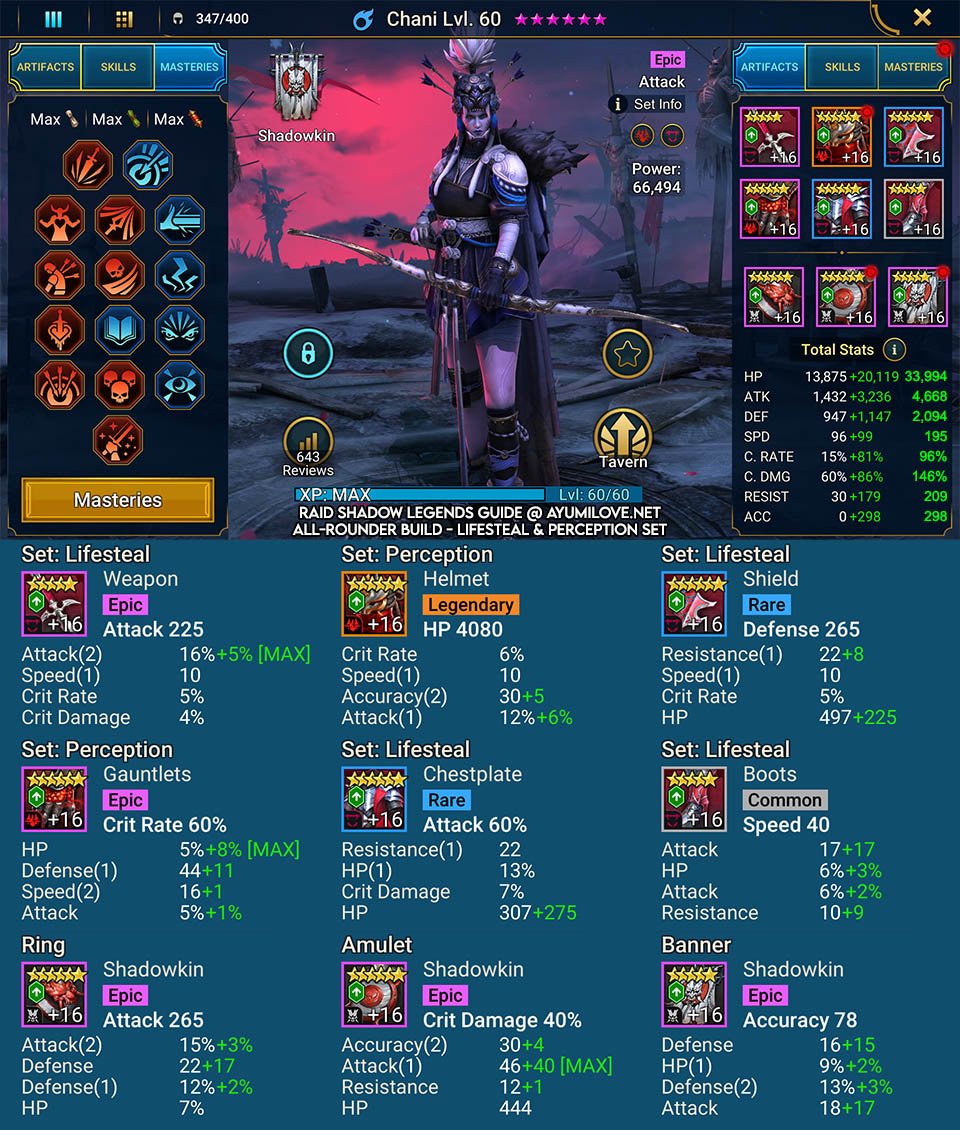 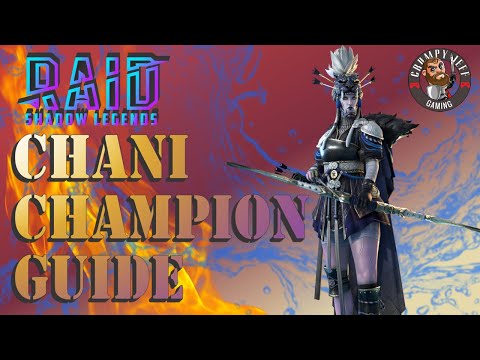 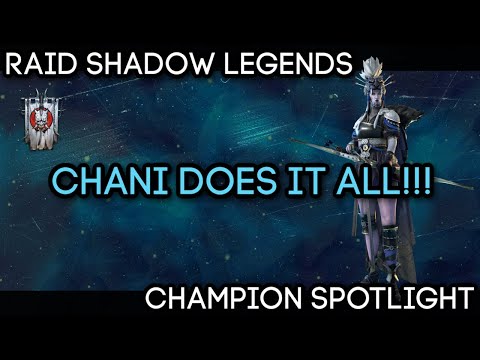