Thylessia is an Epic Attack Force champion from Knights Revenant faction in Raid Shadow Legends. Thylessia was introduced in Patch 4.60.2 as one of the four champions required to fuse Sigmund the Highshield Champion Fusion Event on October 2021! To obtain Thylessia, you will need to collect fragments of her through tournaments and events while Sigmund the Highshield Fusion is active!

Weft of Madness (A1 Skill) is Thylessia default attack that has a unique ability to spread debuff on hexed enemies. This synergizes well with single-target debuffer champions such as Drexthar Bloodtwin, which allows you to spread HP Burn debuff on all spiderlings in Spider’s Den to quickly dwindle down the Spider boss HP!

Melancholia (A3 Skill) enables Thylessia to inflict Decrease Defense debuff on all enemies to allow her allies to deal more damage on them! Shrieking Voices (A2 Skill) is another useful skill that increases debuff duration, so enemies will be under debuff for a longer period of time to reduce their battle effectiveness.

Last but not least, Thylessia has a passive skill Feast of Woe that allows her to place Hex debuff on enemies whenever she attacks an enemy under Decrease Defense debuff. However, the success rate is kinda low, which does not make her a reliable champion to spread debuff to all enemies in battle consistently by herself. Hence, it’s recommended to pair her with a champion who can 100% apply AoE Hex debuff such Ruel the Huntmaster.

Feast of Woe [Passive]
When attacking enemies under [Decrease DEF] debuffs, has a 50% chance of placing a [Hex] debuff on them for 2 turns.

Here is Thylessia masteries optimized as an all-rounder build for all areas in the game without requiring any specific speed-tuning for a particular team composition. Here is Thylessia artifacts and masteries by Skratch built as a damage dealer and debuffer for Arena, Dungeons, Doom Tower and Faction Wars. Thylessia is equipped in mix artifacts of Cruel, Speed and Immortal Set to gain additional Attack, Speed and HP stats. The stats to prioritize on Thylessia are Attack, Critical Rate, Critical Damage, Speed and decent amount of Accuracy for her to inflict Hex debuff and Decrease Defense debuff. You will only need 225 Accuracy to be able to apply debuff on enemies located in Dungeons, Faction Wars and Doom Tower Normal difficulty. 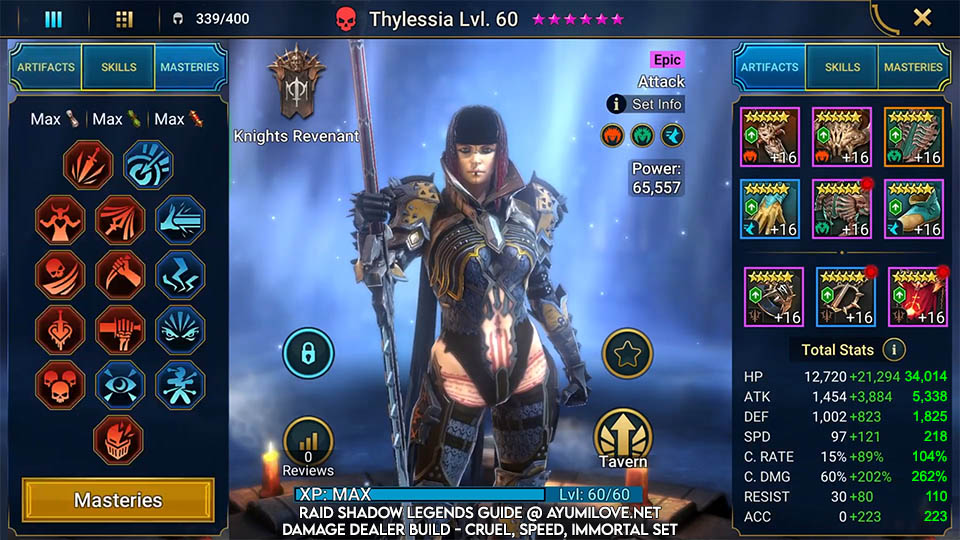 ASH: Thylessia – Why Nobody Should Sleep on Her! 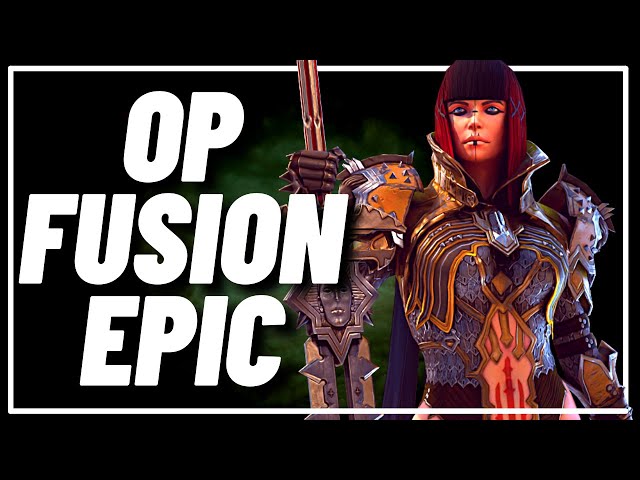 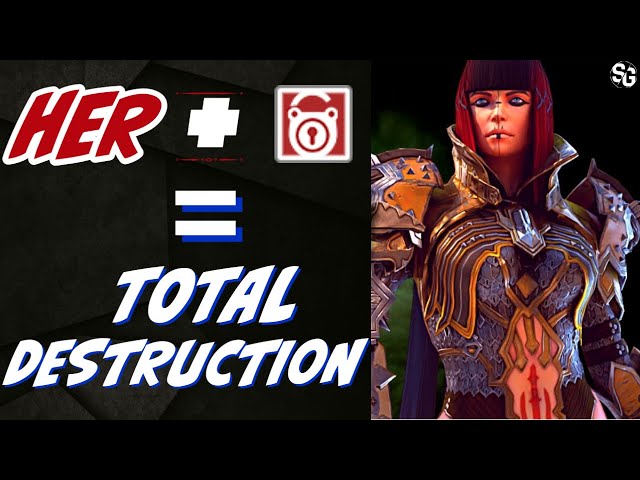 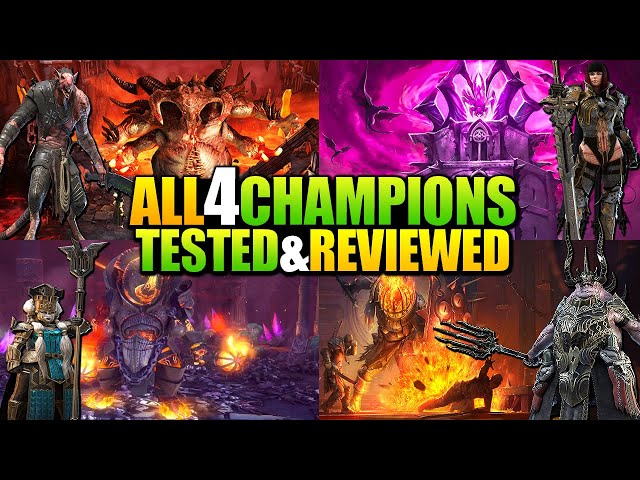