Warmaiden is a Rare Attack Magic champion from Barbarians faction in Raid Shadow Legends. Warmaiden is farmable from The Deadlands (Campaign Stage 9) and can also be summoned from Mystery Shards and Ancient Shards.

Warmaiden is extremely valuable during early-mid game as she can inflict AoE Decrease Defense debuff with her Crumbling Blast (A3 Skill). This allows your team to deal more damage to the enemies, and potentially wiping them out in the first turn! She synergizes well with your starter champion (Kael, Athel, Elhain, Galek) to unleash their full damage potential as a AoE damage nuker. She is commonly paired with High Khatun in Arena to boost her Turn Meter to go second in battle to apply the debuff followed by the damage dealer.

Overall, Warmaiden is a great champion who can be used from early-mid-late game to farm Dungeon 1~25 and clear difficult content such as Faction Wars and Doom Tower Secret Room. She is a great addition to your arsenal, especially for F2P (Free to Play) players who have limited amount of decent heroes to begin with. Here is Warmaiden artifacts and masteries by Ayumilove optimized as a debuffer champion for Arena, Dungeons, Faction Wars and Doom Tower Secret Rooms. She is equipped in Divine Life, Offense and Accuracy Set to provide her with additional Health, Attack and Accuracy Stats. The main stats to prioritize on Warmaiden are Speed, Accuracy and Health, so she can begin the battle first to inflict her Decrease Defense debuff, have ample amount of Accuracy to land her debuff successfully and sufficient health to tank the damage from enemies. If you have decent quality artifact substats, then you can focus on boosting her Critical Rate, Attack and Critical Damage stats to enable her to deal some damage. The masteries selected for Warmaiden are Offense and Support mastery tree. Offense mastery tree provides additional damage boost to her as she will be mainly used for raiding dungeon bosses during early-mid game. Support mastery tree supplements her with more Accuracy stats as well as extending her debuff duration. 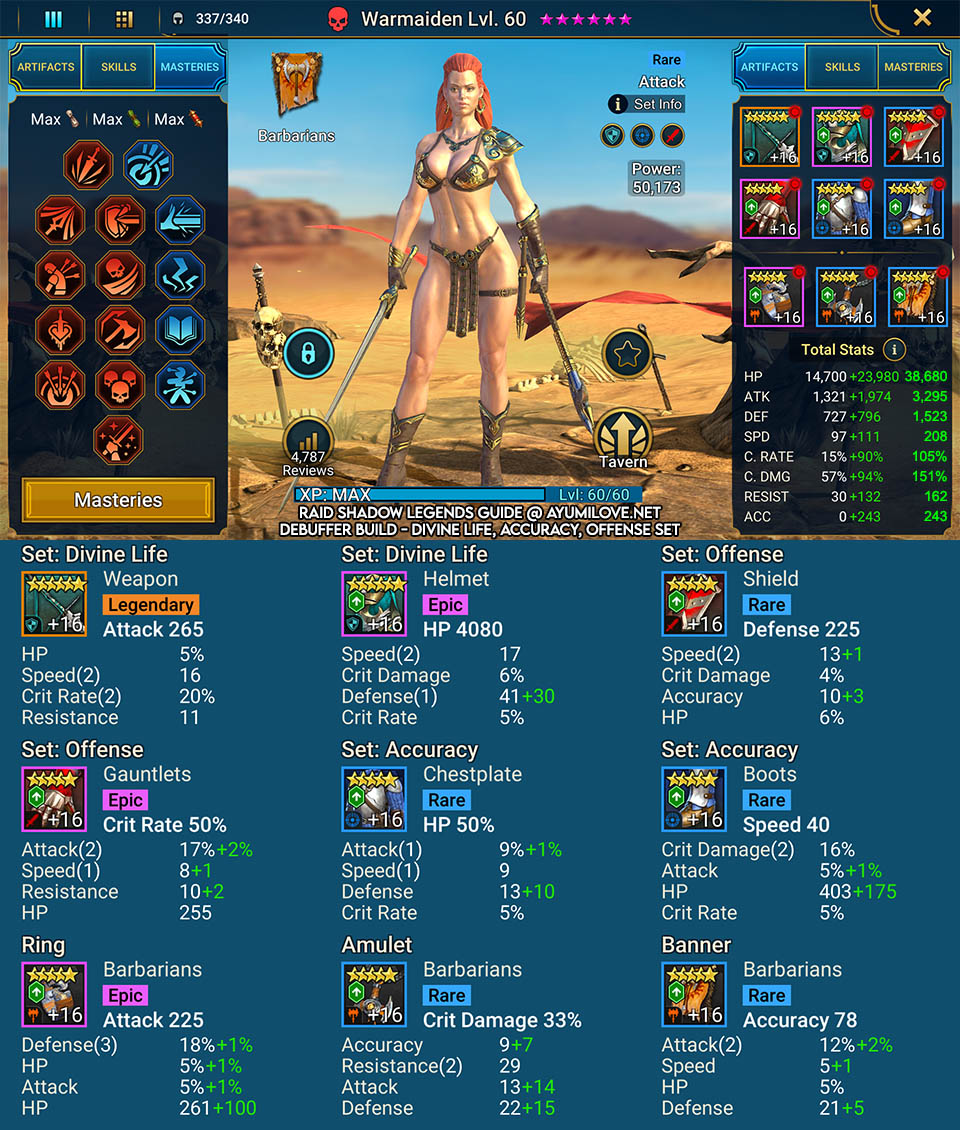 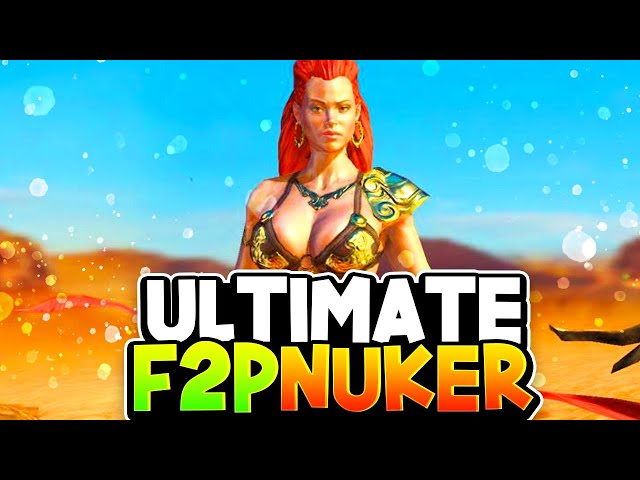 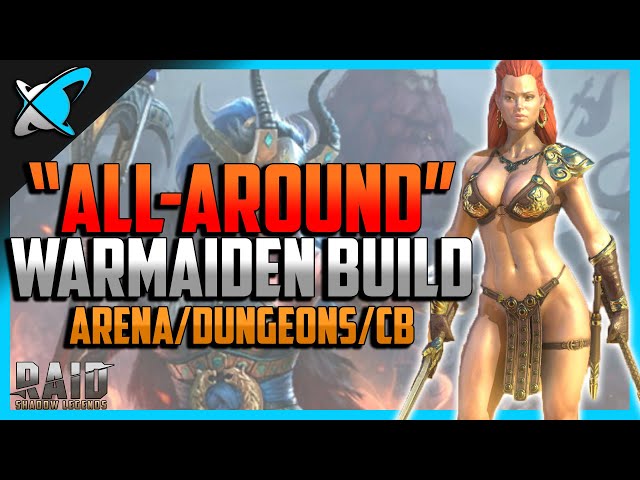 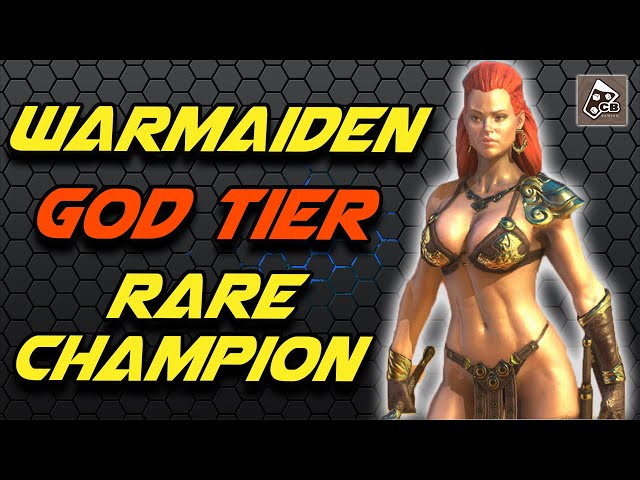 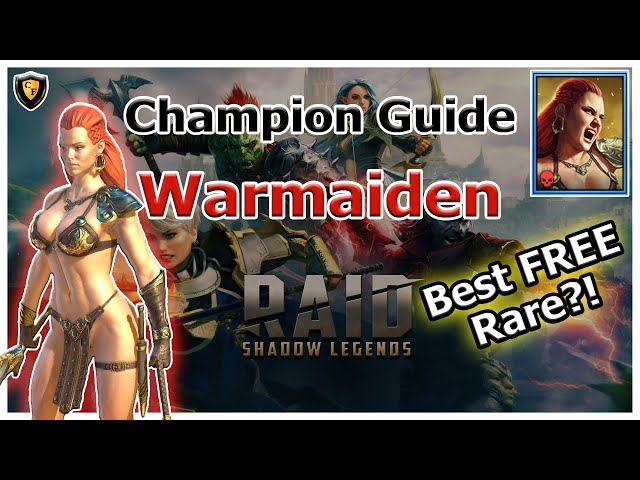