Toragi the Frog is an Epic HP Magic affinity champion from Shadowkin in Raid Shadow Legends. Toragi the Frog was introduced in Patch 3.40 on March 16th 2021 as the first batch of Shadowkin faction along 12 new Shadowkin champions. Coincidently, Toragi was added at the same time as Yoshi the Drunkard (Shadowkin Legendary Champion) Champion Fragment Fusion event!

Toragi the Frog is one of the best Epic champion for Clan Boss as he offers Decrease Attack debuff with his Swamp Club default skill as well as unique passive skill Toxic Blood that applies Poison debuff on the attacker to deal more damage based on the Enemy MAX HP. In addition, Toragi the Frog’s Bog Blessing skill enables him to protect his allies with his Shield buff and Ally Protection buff, which increases their survivability in a lengthy battle such as Clan Boss. His Reflect Damage buff also aids in increasing the overall damage output for the entire team during the extended battle. Apart from bossing, Toragi could be used as crowd controller using his Potent Stench skill to provoke his enemies but it’s not so reliable, which makes sense as some enemies are repelled by the bad odour.

To summarize, if you are looking for a great team protector champion while providing damage support in Raid Shadow Legends, then Toragi the Frog fits this role perfectly. However, you might not need to build him if you have Krisk the Ageless who is much more versatile for all contents in the game! Toragi will still be relevant for Faction Wars as a tanker as most of the Shadowkin champions are Attack Type champion, which has low base Health and Defense.

Toxic Blood [Passive]
When attacked, has a 50% chance of placing a 5% [Poison] Debuff on the attacker for 2 turns. Occurs once per hit.

Aura
Increases Ally RESIST in all battles by 40.

This is Toragi’s all-rounder mastery build using Offense and Support mastery tree made suitable for all areas of the game. Offense mastery tree is selected to boost Toragi’s damage output for boss raiding while Support mastery tree is chosen to enhance Toragi’s shield capacity buff, increases his HP and Accuracy stat to apply debuff, improve the chances of applying his Poison and Decrease Attack debuff as well as extending the debuff duration to further bump up his overall damage! This is Toragi’s Clan Boss mastery build, which is optimized for high damage output and strong survivability to sustain for an extended battle. This is achieved by having Offense masteries such as Warmaster, Methodical, Bring it Down, Single Out, Heart of Glory and Keen Strike to boost Toragi’s damage output. In addition, Defense masteries are selected to obtain additional Defense stats, damage mitigation with Blastproof paired with Delay Death, and have a chance to counter-attack the Clan Boss with Retribution and Deterrence. Here is Toragi’s artifacts and masteries by YST optimised for Budget Super Tanky Clan Boss, which can also be used for other content too. Stalwart Set is equipped on Toragi to reduce the damage intake from Clan Boss AoE attacks! The stats prioritized on these equipments are Health (HP%), Accuracy (ACC) and Speed stats with a decent amount of Defense (DEF) and some Critical Rate (C.RATE). Offense tree is selected to boost Toragi’s damage output with Warmaster (damage based on Enemy MAX HP) while Support tree is chosen to amplify his Poison debuff damage in Clan Boss battle. 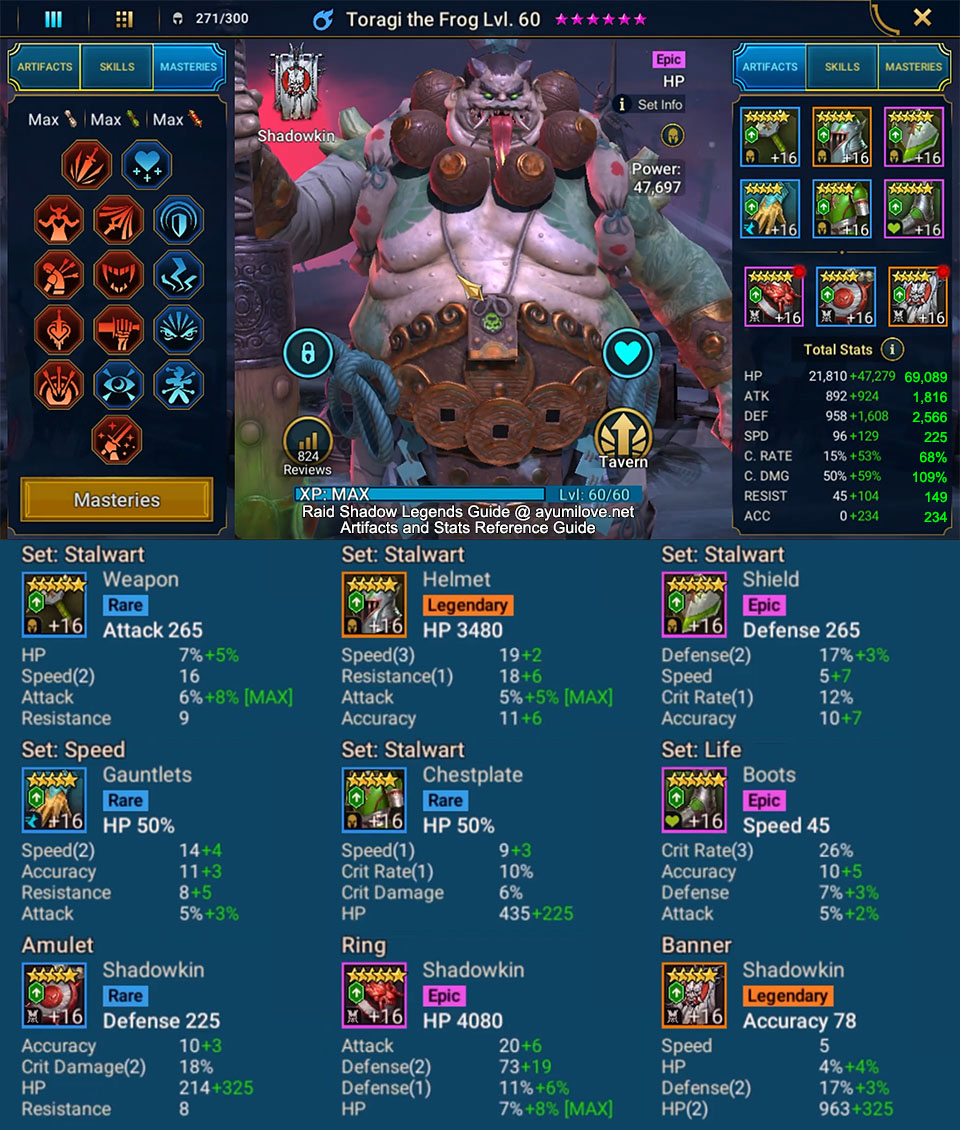 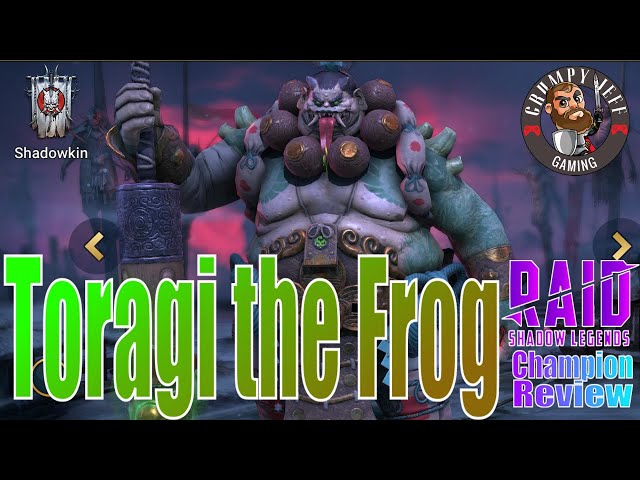 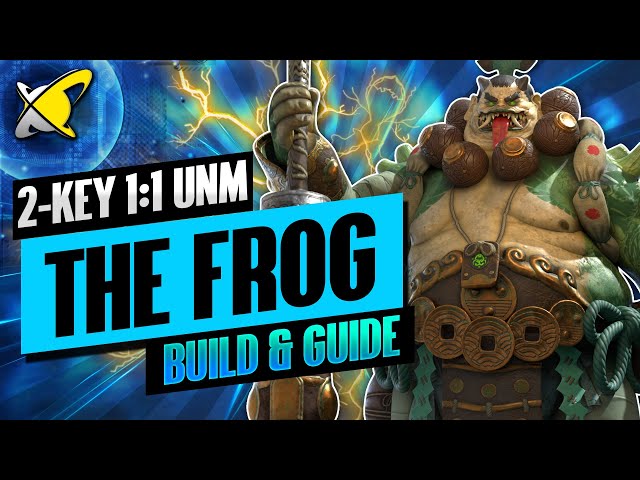 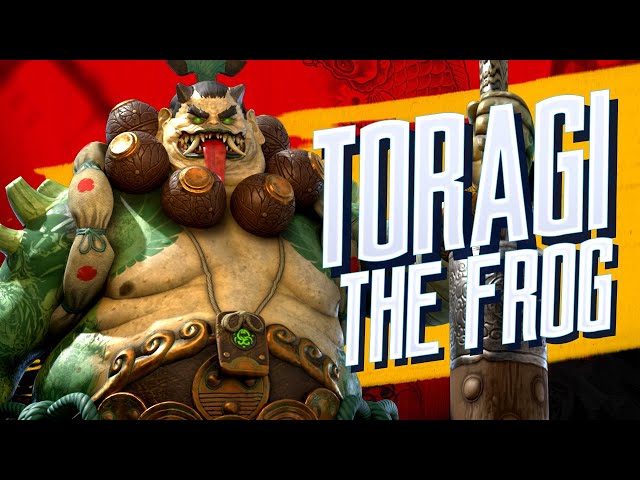