Hotatsu is an Epic Defense Magic champion from Shadowkin faction in Raid Shadow Legends. Hotatsu was released in Patch 4.20 (May 7, 2021) and he is one of the best support champions in the Shadowkin faction. He provides many useful buffs and debuffs to strengthen your team, especially in Faction Wars where most of the champions are focussed on high damage single-target attacks with low base HP. Leech debuff allows Shadowkin attackers to heal based on their damage output, Decrease Attack debuff reduces damage inflicted by the enemies, Continuous Heal buff heals your champions, and Increase Defense buff reduces the damage intake by your champions. In short, Hotatsu is a very versatile champion who can help your account to progress much more quickly for early-mid game players in most content of the game and is still viable for Shadowkin Faction stages.

Spirit Touched [Passive] (Cooldown: 3 turns)
Removes 1 random debuff from this Champion at the start of each turn. Will remove [Stun], [Sleep], [Freeze], [Fear], [True Fear] and [Provoke] debuffs before other debuffs. Here is Hotatsu’s artifacts and masteries by Ayumilove optimized as a Supporter champion in Campaign, Dungeons and Faction Wars content for this All-Rounder build. Bloodthirst Set is used to enable Hotatsu to replenish his HP during battle quickly, while Immortal Set is used to recover his health passively while granting additional HP. Bloodthirst Set shares the same functionality as Lifesteal Set and provides extra Critical Rate stat. Bloodthirst set is farmable from Doom Tower content (Iragoth the Eternal Dragon). The stats prioritized for this build are a balance of HP, Defense, Critical Rate, Accuracy and Speed, to enable him to inflict his debuff successfully, while dealing a decent amount of damage. 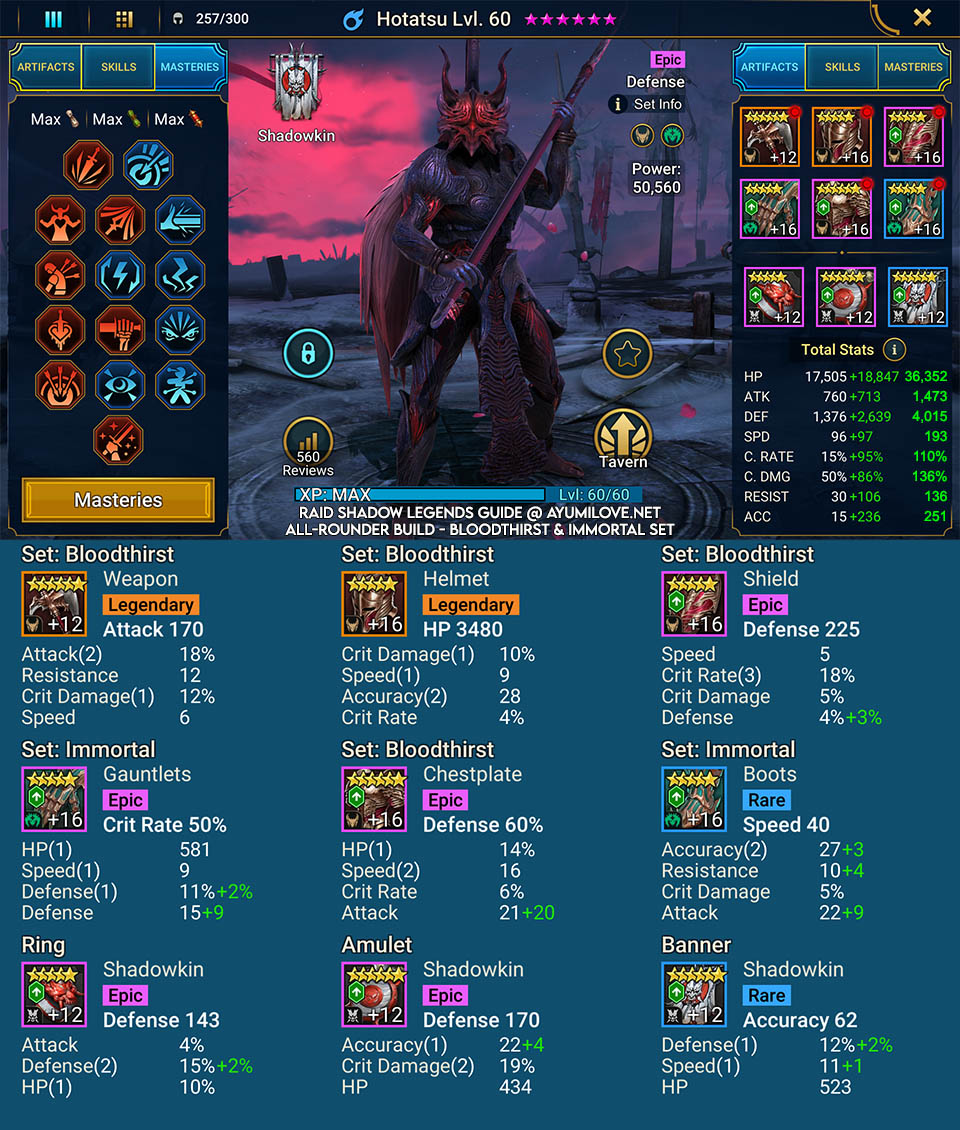 Here is Hotatsu’s artifacts and masteries by Tyrauku optimized as an Arena Nuker for this Arena build. Hotatsu is equipped in Savage Set to ignore 25% of enemy defense, so he can deal high amount of damage against defensive champions. The stats to prioritize on Hotatsu are Defense, Critical Rate, Critical Damage and Speed. It’s recommended to have 100% Critical Rate, 200~250% Critical Damage, 4~5K Defense and 170~200 Speed for Defense Champion Nuker. 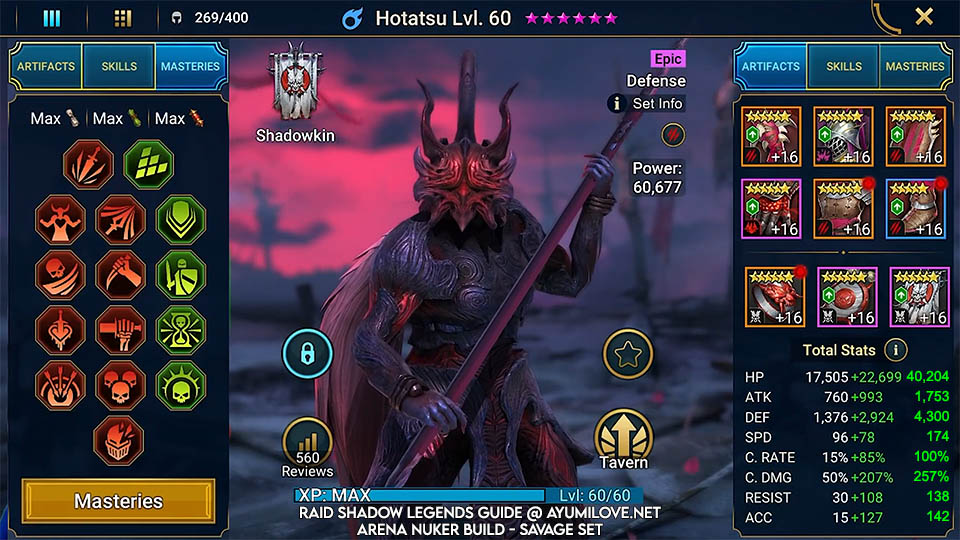 ASH: Hotatsu Guardian Build | Most Underated Epic? (Or am I crazy?) 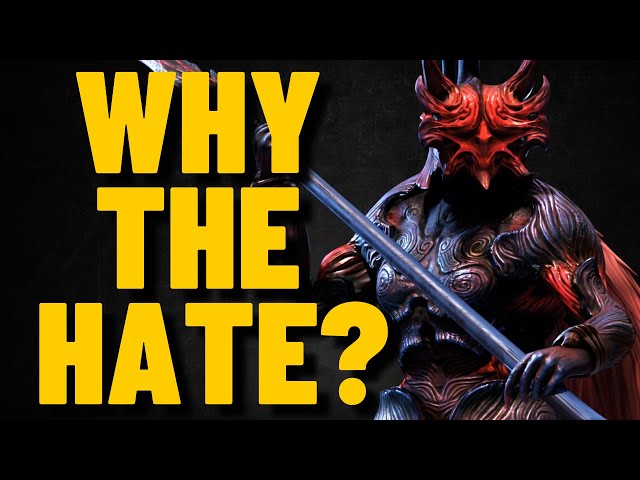 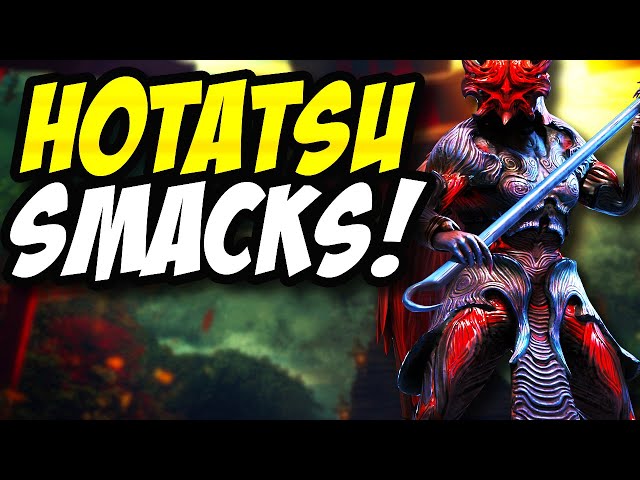 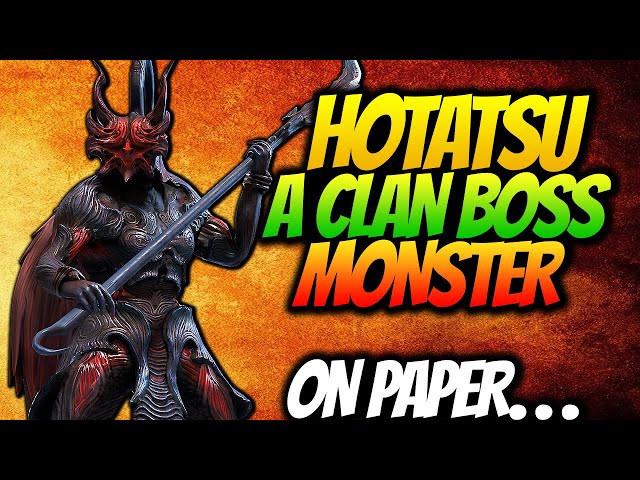