Ghrush the Mangler is an Epic Defense Spirit champion from Ogryn Tribes in Raid Shadow Legends. Ghrush is obtained from Daily Login Rewards as a free Epic champion on Day 240. He is a great all-rounder champion who provides a variety of debuff and buff capabilities to the team, which is useful till end game.

His signature default attack Gore-Slick Maul (A1 Skill) inflicts Leech debuff on a single-target enemy, which allows your team to replenish their health upon damaging that enemy. This is an alternative to using Lifesteal Set to heal through direct damage from skills and Tier 6 Offense masteries (Warmaster and Giant Slayer). With this debuff, you can build your Clan Boss team around Leech debuff, and equip your champions in Stalwart Set for more survivability. Pairing Ghrush with a counterattack champion allows him to apply Leech debuff with higher uptime.

In addition, Ghrush Smothering Swath (A3 Skill) applies Continuous Heal buff on allies, so they can recover quickly from the injuries inflicted by the enemy. This is particularly valuable in Ogryn Tribes faction wars as there are scarced amount of healers to sustain the team in an intensive battle. He also brings a beneficial Defense Aura that works for Faction Crypt to boost your allies defenses.

Note: This is an all-rounder mastery setup recommended for players who summoned Ghrush during their early-mid game progression. This mastery helps in boss raids and champion battles. Once you progress to late game where you have variety of champions specialized for specific areas, then you can switch to a different mastery setup to enable this champion to be more efficient in that area. Note: This mastery setup is focused on building the champion to be both high Resist and Accuracy to be effective against mobs of enemies rather than bosses. With high Resist stats, enemies will be unable to crowd control this champion or apply a debuff that reduces the champions sustainability in battle. High Accuracy allows this champion to apply debuff with fewer chances of it being resisted by the enemies, which decreases their ability to harm your team’s survivability. Note: This mastery is recommended if you have a Counterattack champion in your Clan Boss team. Having a counterattack champion in your team means you need to speed tune your entire team so it goes in sequence. Hence, the mastery recommended here does not utilize masteries that boost this champion Turn Meter (e.g. Rapid Response, Arcane Celerity). The Support mastery boost your champion’s Accuracy stat and increases the duration of the buff on your allies and debuff on enemies. Note: This mastery is recommended if you do not have a Counterattack champion in your Clan Boss team. The Retribution mastery allows your champion to have a chance to counterattack Clan Boss whenever Ghrush the Mangler receives damage that meets the required amount of damage for the mastery to proc. This allows him to deal extra damage and healing at the same time from either Lifesteal Set or Leech debuff from his default skill or Warmaster mastery. The Defense mastery provides him some additional Defense to mitigate some of the damage before it directly decreases his HP. If you are relying Leech debuff for healing, it’s recommended to gear him high Defense, Critical Rate and Critical Damage, so he can deal sufficient damage to heal close to the amount of Lifesteal Set provides. Stalwart Set is one of the recommended sets for late game to reduce the high amount of damage from Clan Boss when utilizing Leech debuff as healing. Here is Ghrush the Mangler artifacts and masteries optimized by Ayumilove for Dungeons, Faction Wars and Doom Tower Secret Room content. Ghrush is equipped in Accuracy Set, Speed Set and Resist Set to boost his overall Accuracy, Resist and Speed stats! The stat to prioritize for Ghrush in this build are HP%, DEF%, SPD, ACC and RESIST, along with some C.RATE to deal some damage to the enemies. Accuracy allows Ghrush to apply his debuff whereas Resist prevents enemies from applying debuff on him as well as avoiding his buffs getting stolen. The masteries selected for Ghrush are Offense and Support. Offense to unlock Warmaster mastery to deal some damage to the bosses as its based on their MAX HP, while support masteries boost his ability to gain Turn Meter quickly to keep up the high uptime of buff and debuff placed on the allies. 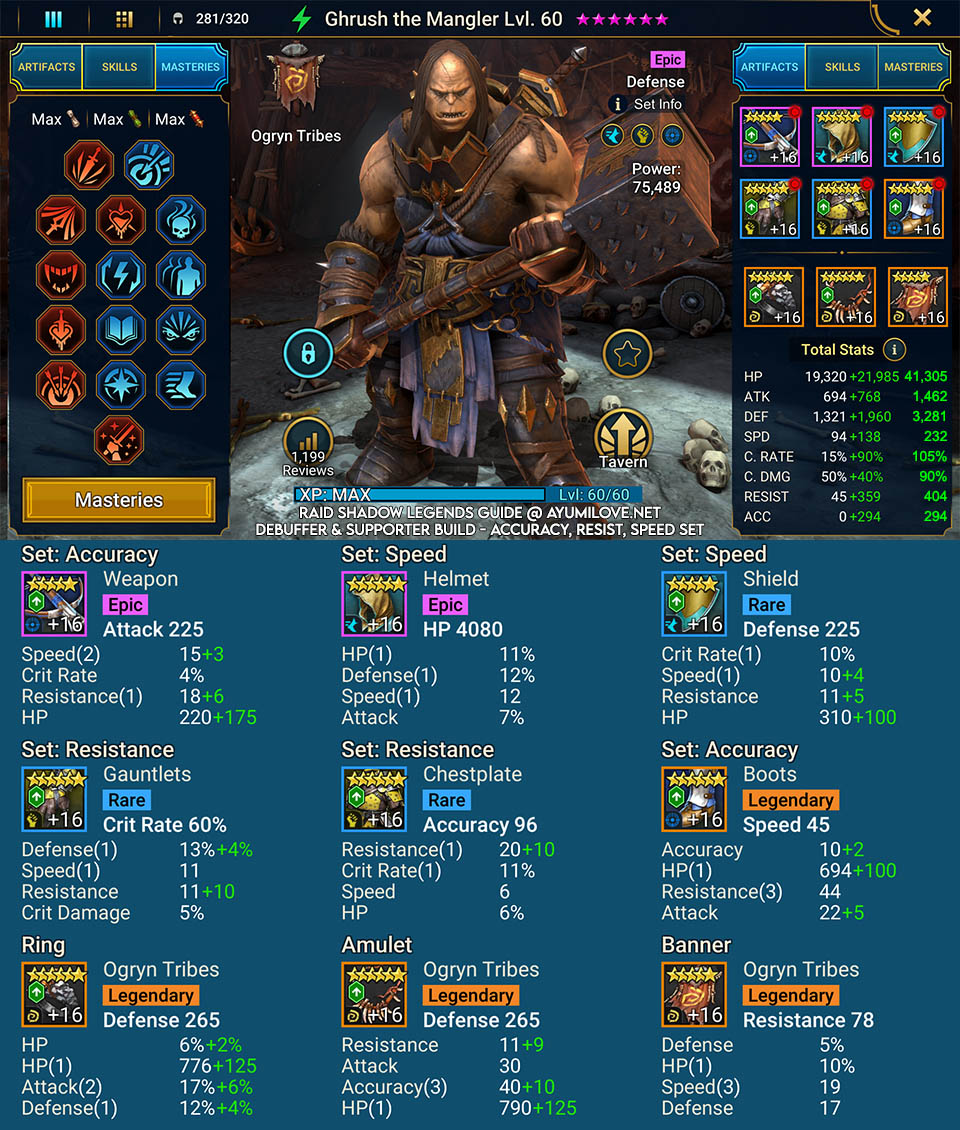 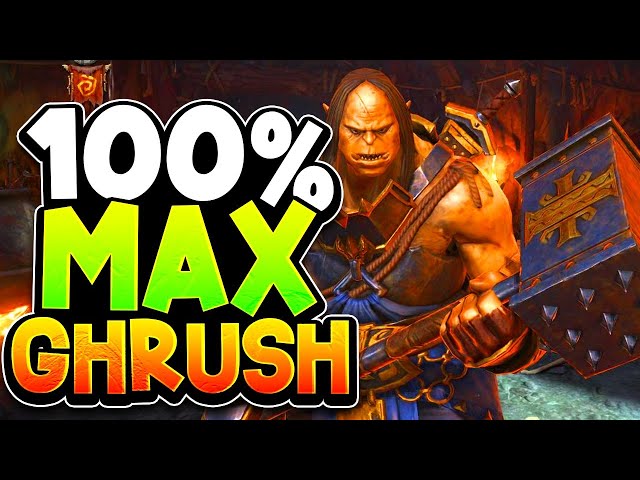 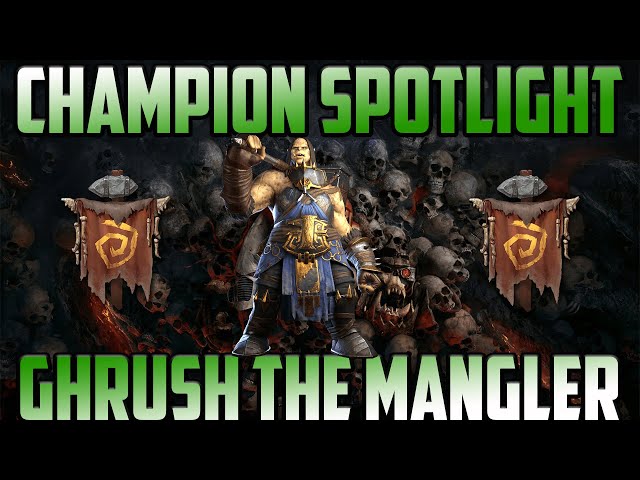 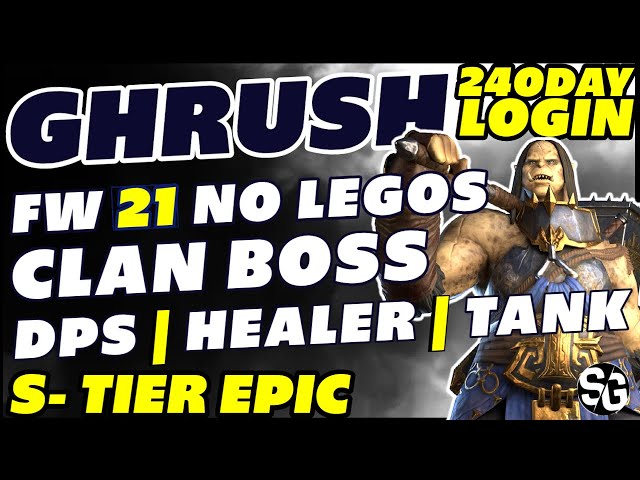