Adrenaline Rush [Passive] (Cooldown: 2 turns)
Heals this Champion by 15% of their MAX HP and places a [Counterattack] buff on this Champion for 2 turns when hit with a critical hit.
Level 2: Cooldown -1

Vigilant Partner [Passive]
Immune to [Stun], [Freeze], and [Sleep] debuffs. [Only available when Kallia is on the same team] Raid Shadow Legends – Atur is an Epic HP Magic champion from the Barbarians faction where he can be obtained from Ancient Shards and Sacred Shards.

How to counter Atur? 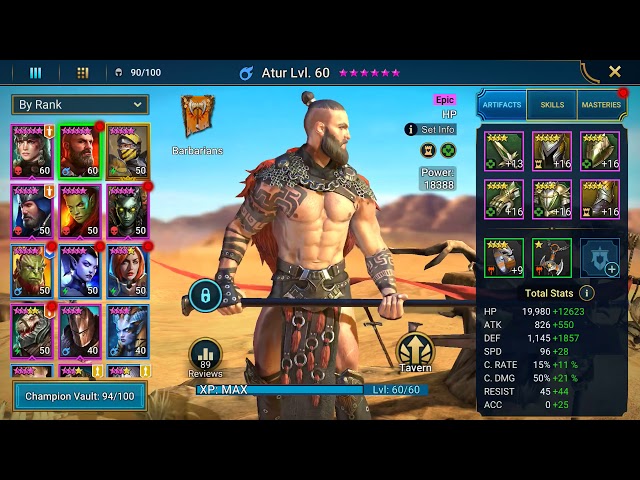