Here is Rowan artifacts and masteries by Ayumilove, optimized for Dungeon and Faction Wars. Rowan is equipped in Stalwart Set and Fatal Set. Stalwart Set reduces the AoE damage intake inflicted by enemies by 30%, while Fatal Set provides additional Attack and Critical Rate stats. The stats to prioritize on Rowan are Attack, Critical Rate, Critical Damage, Speed and Accuracy. Accuracy is required if you need her to be able to apply Poison debuff, Stun and Heal Reduction. These debuffs are useful to counter against Fire Knight boss. 200~225 Accuracy is sufficient for all Dungeon and Faction War stages. It’s recommended to have 200+ Speed stat as it will boost her damage on her default attack and enable her to take 2 turns of the enemy single turn in Dungeons and Faction Wars. Having a high amount of Attack (3 times of her base Attack), 100% Critical Rate (to deal consistent Critical hits), and +200% Critical Damage enables her to deal high amount of damage to a single-target! If you plan to use her in other areas such as Clan Boss, you could equip her in Lifesteal Set instead and prioritize more defense stats for survivability, as her main damage will be her Poison Debuff! 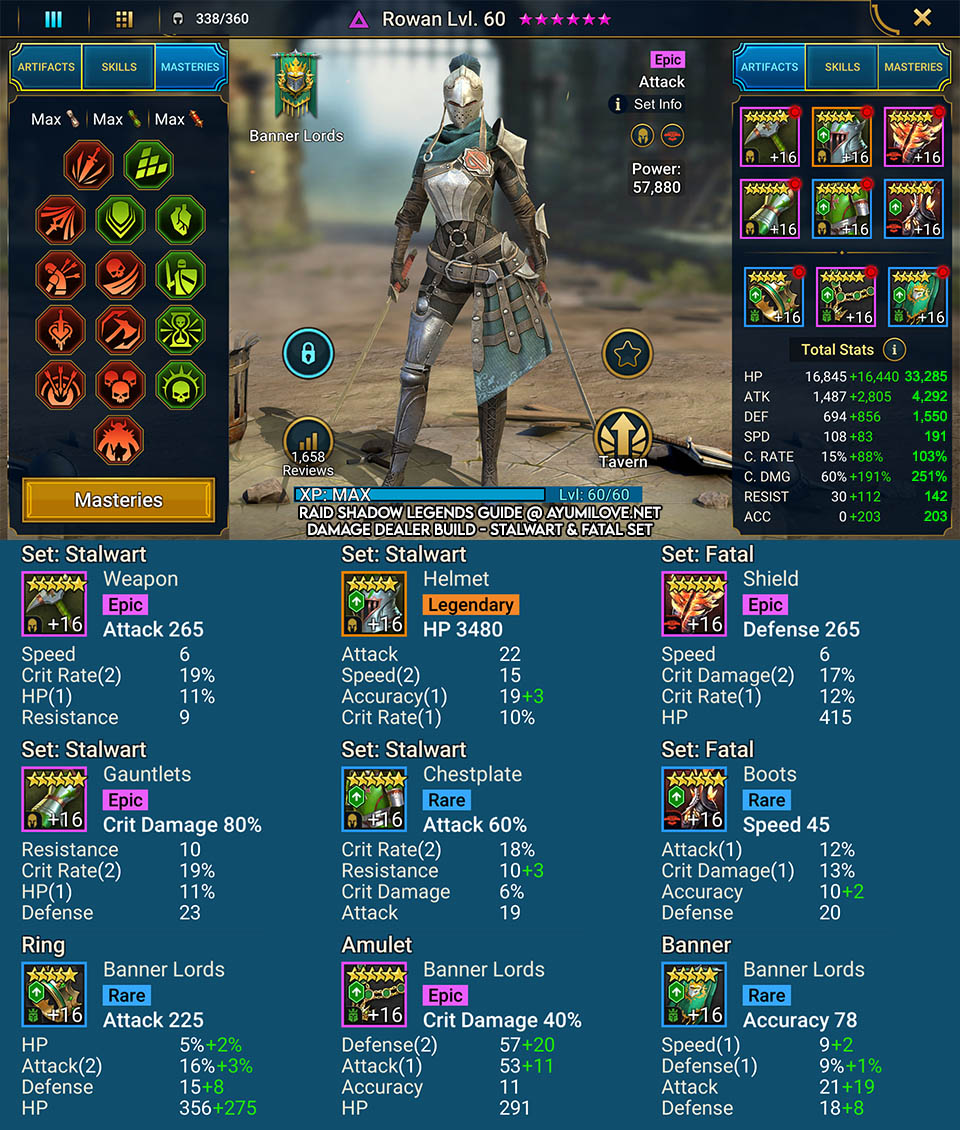 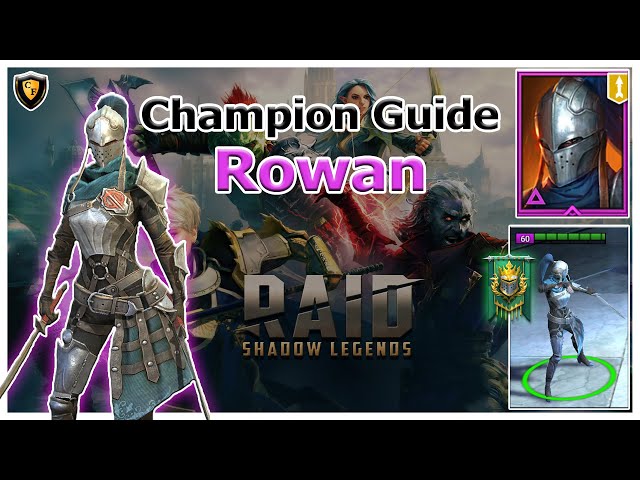 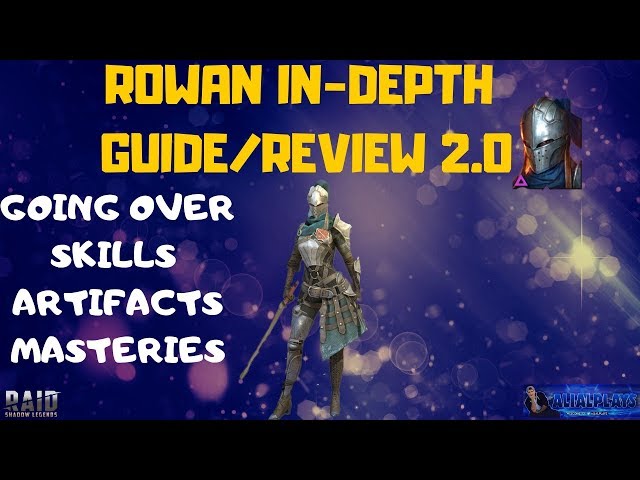