Umbral Enchantress is an Epic Defense Void champion from Demonspawn faction in Raid Shadow Legends. Umbral Enchantress was released in Patch v1.11 on November 2019 along with Duchess Lilitu who is the first champions with Veil buff ability! Her skill kit revolves around crowd controlling enemies with her Taunt skill for 2 turns, which makes her one of the best crowd controller for quick battle such as Arena (PvP).

Essence Scepter (A1 Skill) is her default attack that deals damage to an enemy based on her Defense stats. The damage is supplemented with the amount of the amount of Health she has lost. This skill synergizes with her Undying Evil skill to quickly ramp up her damage output.

Imolate (A2 Skill) is Umbral Enchantress’s debuffing skill that applies AoE Block Buff to all enemies on the battlefield, which prevents them from receiving any buffs cast on themselves. This is useful against enemies who relies heavily on buff such as Potion Dungeons (Arcane Keep, Force Keep, Spirit Keep, Magic Keep) to protect themselves from harm or boost their damage output to devastate your team!

Undying Evil (A3 Skill) is Umbral Enchantress signature skill that provokes all enemies for 2 turns, which locks them down completely from using any of their AoE Nuke attacks on your squad! With this ability, you can safely bring in your slow but powerful Attack champions to wipe them out with a breeze. She needs to be paired with a Speed Booster such as Arbiter, High Khatun, Lyssandra or Gorgorab to ensure she takes the subsequent turn to taunt them before they get to take their turn.

Overall, Umbral Enchantress is an amazing Epic champion who can help you speed farm Arena for medals to quickly improve your Great Hall stats, clear Faction Wars with 3 Stars easily by crowd controlling difficult enemies who can’t be killed in 1~2 hits and bypass difficult dungeon stages to reach to the area where you have good affinity champions to farm there efficiently. To unleash her full potential, provide her with sufficient amount of Accuracy for her to land her Provoke debuff on enemies. Speed is essential to go after your nukers and enemies turn to lock them down fast. 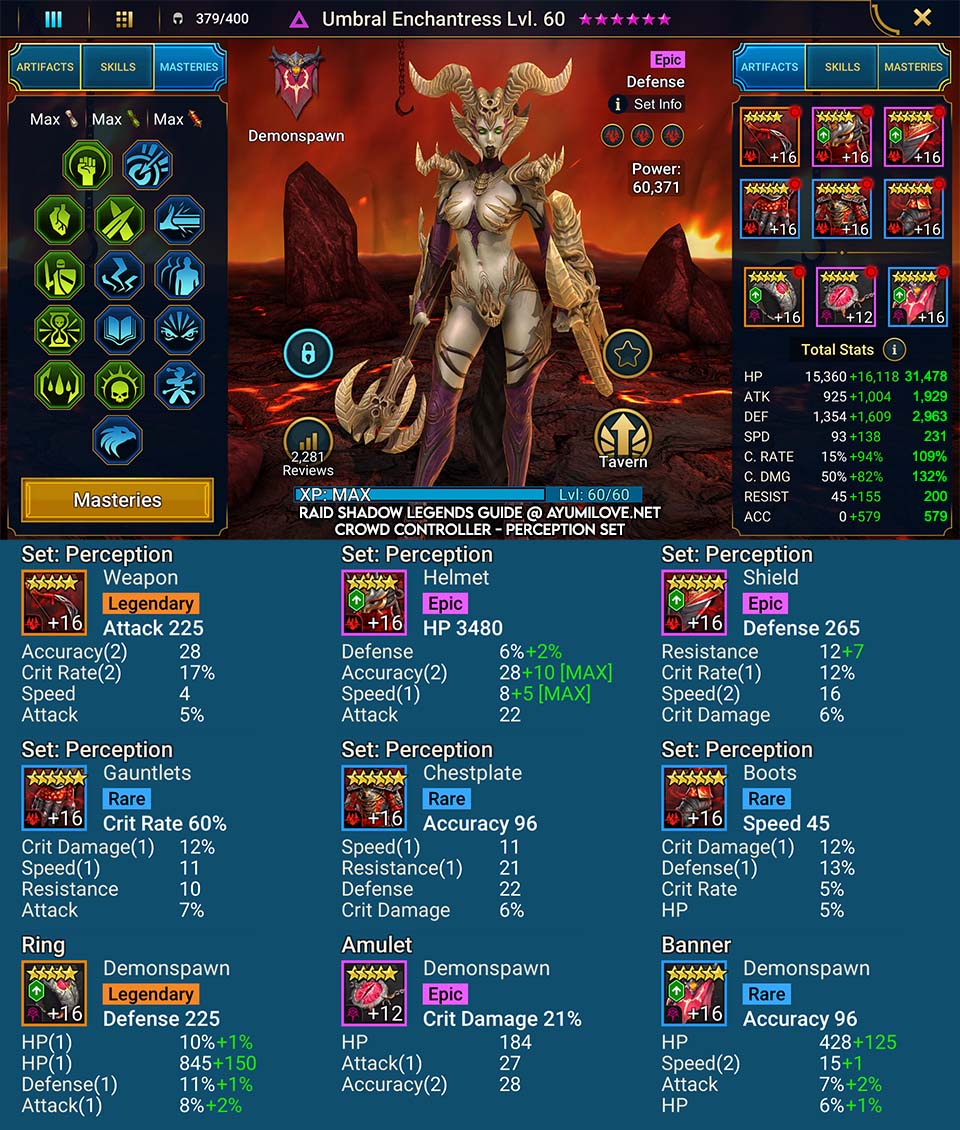 A creature of eerie beauty and inexhaustible malice, the Umbral Enchantress is a cunning foe to face. She is a Countess of Siroth’s legions and has a well over a hundred lesser demons at her beck and call, but she does not often hide behind the backs of her minions either. Those bold enough to face the Enchantress find themselves under her vile spell, unable to receive the boons and blessings their artifacts or allies might provide. Their wits fail them as well, clouded by the Enchantress’ guile. It is said that the Umbral Enchantress had a mighty rival among her dark kin, a Baron who believed himself unmatched as a warrior and craved to advance through the demonic hierarchy. His mistake was believing the Enchantress weak and unworthy of her position. When tempers boiled and challenges turned to open battle, that arrogant champion found himself powerless and enthralled, consumed by his rage and hacking away at the Enchantress without finesse or strategy. She had slain the Baron easily and fashioned his skull into a decoration for her shield, there to remind everyone of the folly of challenging her. 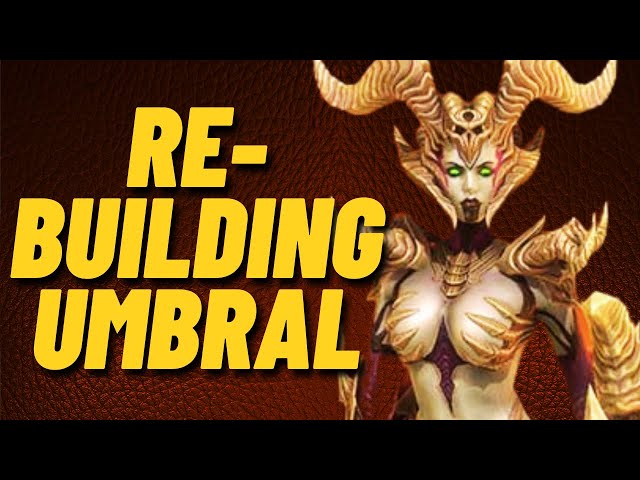 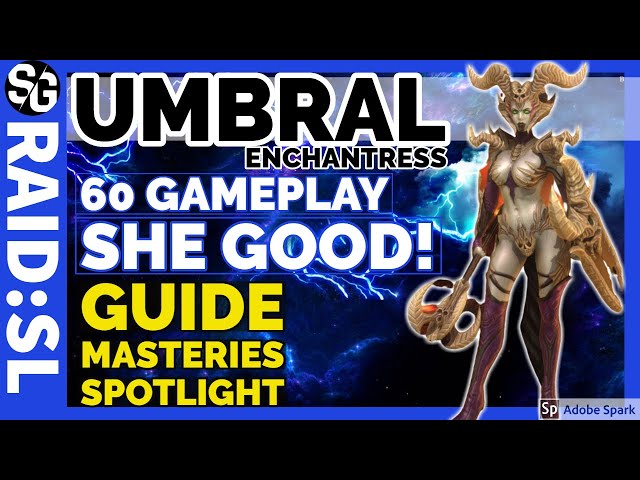 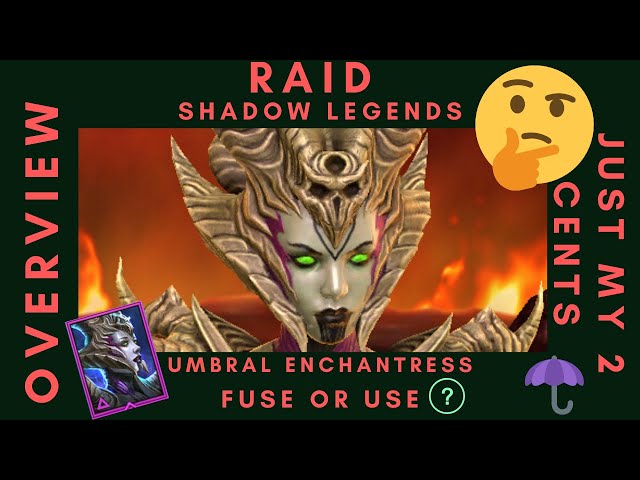 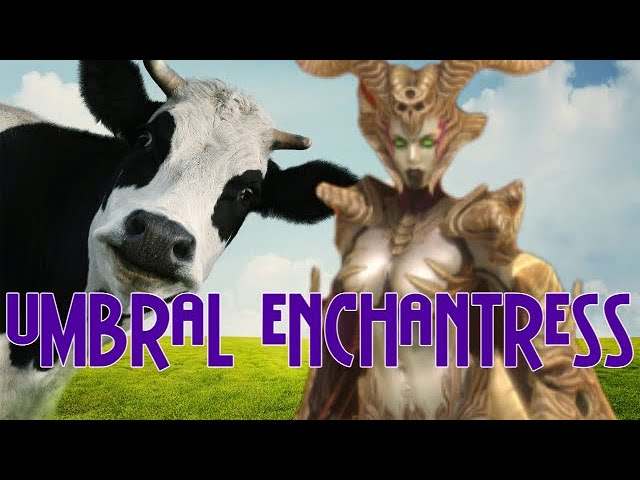