Madame Serris is an Epic Support Void champion from Dark Elves in Raid Shadow Legends. Madame Serris is available in the Guaranteed Champion Summon Event on 22nd October 2021, it’s a good opportunity to get her if you do not have a decent debuffer and buff stripper for all content in the game!

Use Promo Code “Spooky13” to gain in-game resources while the Halloween event is running!

Tricks and Treats [ATK] (Cooldown: 4 turns)
Attacks all enemies. Has a 40% chance of stealing 1 random buff from each target. Places a [Block Debuffs] buff on all allies for 2 turns if any buff is stolen. Places a [True Fear] debuff for 1 turn on enemies who have buffs stolen.
Level 2: Damage +5%
Level 3: Damage +10%
Level 4: Buff/Debuff Chance +10%
Level 5: Cooldown -1
Damage Multiplier: 4.3 ATK

Witch’s Grace [Passive]
Places a [Shield] buff on this Champion equal to 10% of their MAX HP at the start of each turn. When attacked while under a [Shield] buff, has a 35% chance of placing a [Fear] debuff on the attacker for 1 turn. Here is Madame Serris artifacts and masteries by Ayumilove, optimized for Arena Offense Speed Nuke Team, Dungeons, Faction Wars and Doom Tower. Madame Serris is equipped in Perception Set, Accuracy Set and Speed Set. Both Accuracy and Perception Set provides her with ample amount of Accuracy stats, so she can successfully inflict her debuffs on enemies. Speed Set grants her additional Speed stat, so she can begin her turn first before her allies to strip away enemies buff and lay down the Decrease Attack and Decrease Defense debuffs. The stats to prioritized on Madame Serris are Accuracy and Speed for Arena as the debuffer. Having a decent amount of Critical Rate, Health and Defense makes her usable in more locations as its gives her better survivability and able to inflict some damage. You will need approximately 100~200 Accuracy for Arena Bronze, 200~300 Accuracy for Arena Silver, 300~400 Accuracy for Arena Gold and 400~600 Accuracy for Arena Platinum against High Resist Defense Teams in Classic Arena or 3v3 Tag Team Arena. 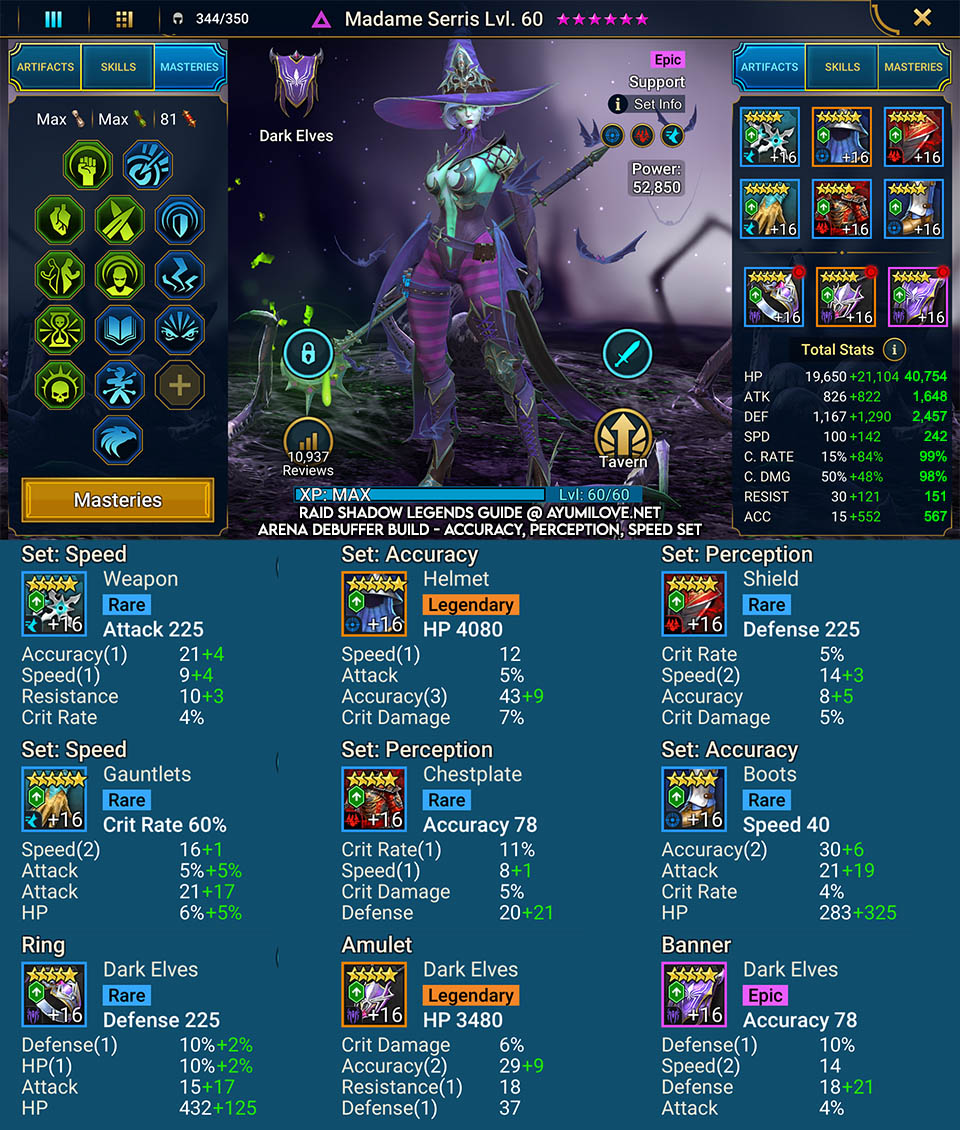 A long, long time ago, there lived a woman in the capital of Aravia. Born to an Elven noble line, she knew neither hardship nor want. Serris – for that is what she had been named by her loving mother – was a shrewd child and greedily consumed whatever knowledge her private tutors could provide. It was not long until her magical aptitude manifested, and the young girl had been granted an education in matters arcane. In time, Serris grew up to be a great mage. She was talented, daring, and fiercely intelligent. But no matter how far she pushed her talents, it was never enough. Her ultimate goal was simple, crude even, but so very desirable – eternal life and youth. And to achieve that, she delved into the forbidden lore. Carefully at first, cautious of what horrors it might unleash. But as the answer eluded her, Serris lost count over the lines she had crossed. A lesser practitioner of the Dark Arts would have been long caught and banished or worse, yet Serris remained a step ahead of her would-be persecutors. Ever-friendly and charismatic, she managed to frame several rivals and escape the consequences of her crimes. And so, as years passed, she slowly puzzled small pieces of lore together, crafting a ritual that she believed would grant her unfading beauty. It required a great deal of preparation, exotic ingredients, and, worst of all, the sacrifice of her own blood. Deep in the darkest night, Serris gathered all the required reagents and went about brewing her wondrous elixir. Sadly, not everything went according to plan. The moment Serris took a sip of her brew, a great flash of light seared across the chambers of her tower, setting it ablaze and destroying centuries worth of knowledge. Serris herself had been burned by witchflame, and though she remained unscathed in body, her skin had forever turned a greenish colour and her eyes blazed a bright yellow. Marked thus, she had no choice but to flee the capital, Adjudicators and even Templars of the Sacred Order hot on her heels. And although her beauty had been forever preserved in this malefic way, Serris soon realized that it only went skin-deep. Her body would still wither and die if she did nothing about it. Thus Serris, having taken the title Madame, travels Teleria now, searching for a way to complete her scheme. Her mastery of magecraft is impressive, to say the least, and her lack of morals ensures that the witch is likely to ally with whomever she pleases. As long as it suits her own designs. 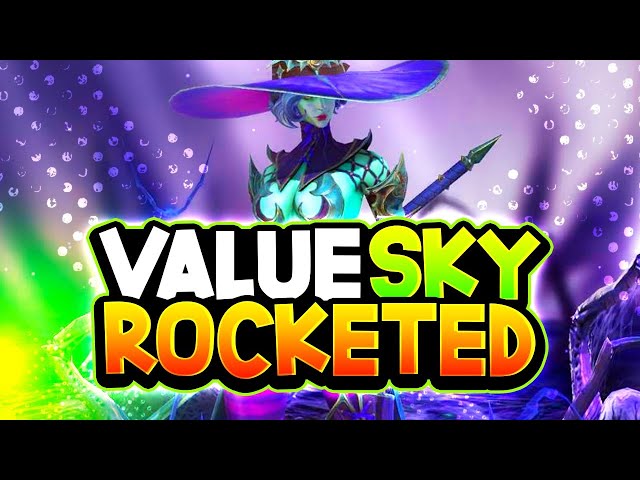 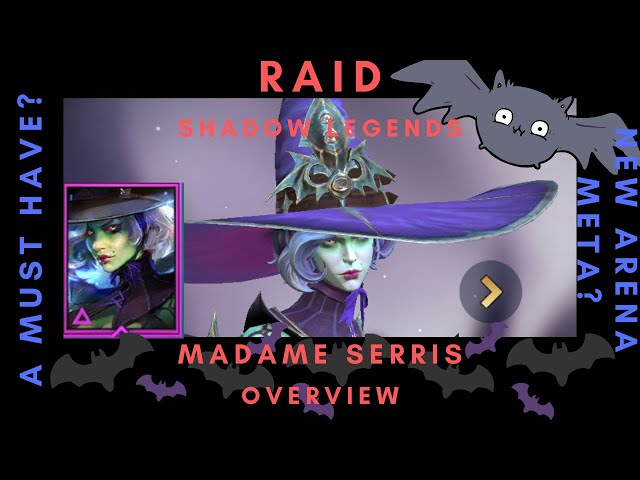 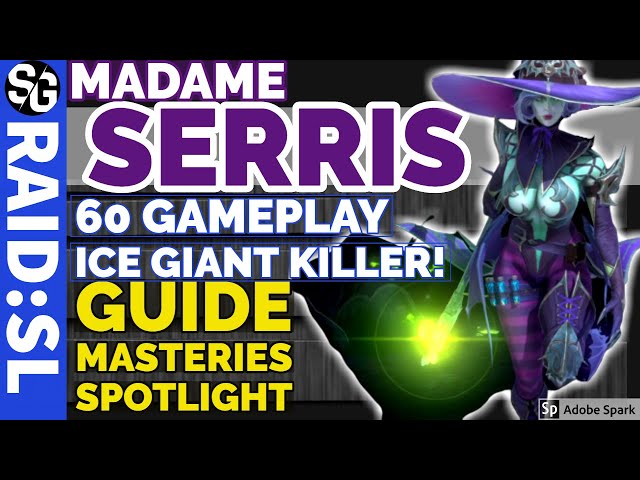 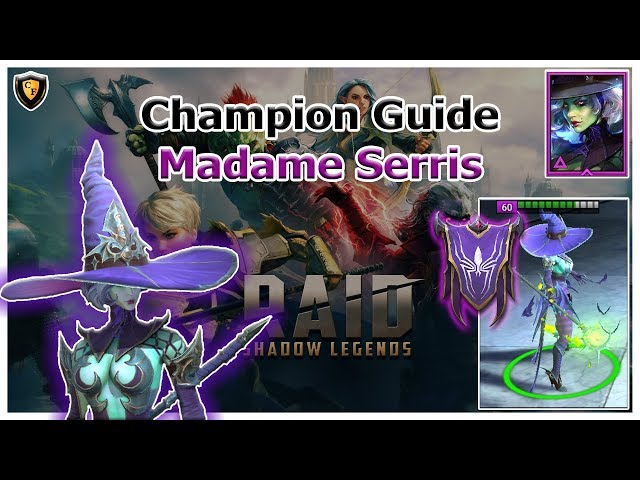 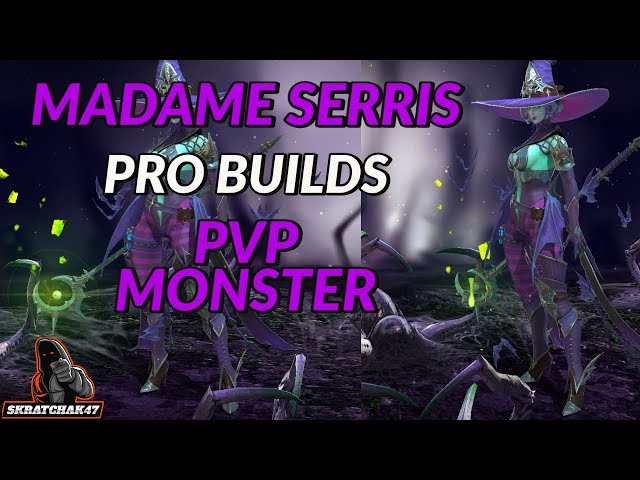 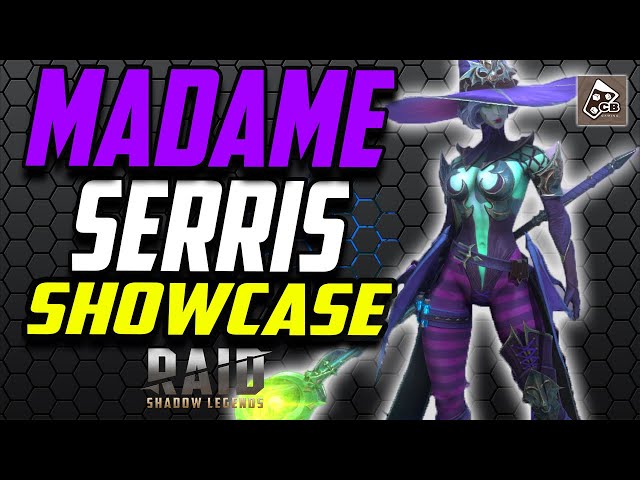 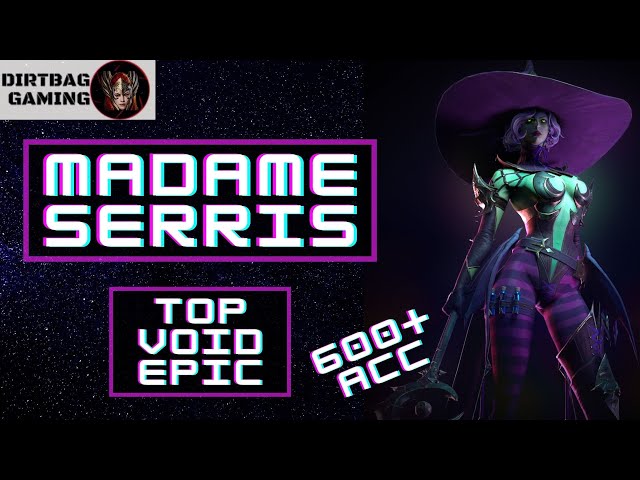 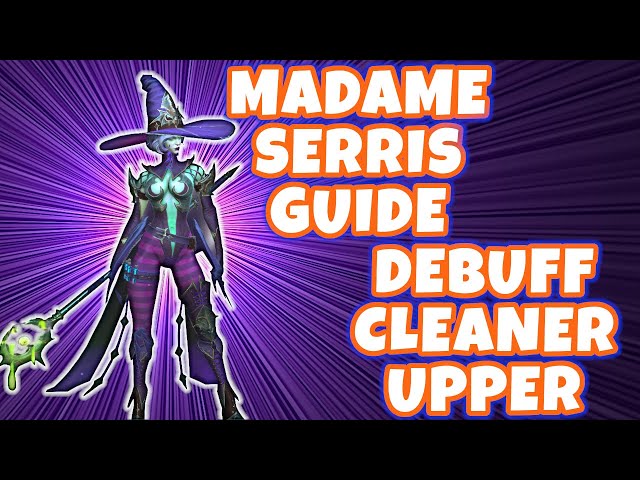