Teumesia is a Legendary Attack Void affinity champion from Skinwalkers faction in Raid Shadow Legends. Teumesia was added to the game in Patch 4.50 on August 2021. She is a great addition to Skinwalkers faction since there are very few decent champions that has fantastic skills.

Teumesia is renowned for her Cunning Chaos skill, which applies AoE HP Burn on all enemies and has a chance to place Stun debuff to crowd control them simultaneously. This is great in Spider’s Den and Frost Spider as every HP Burn tick on spiderlings decreases the Spider Boss HP rapidly and prevents the spiderling from taking their turn. She could also be used in Nether Spider as long as you pair her with another crowd controller to stop the spiderling from counter-attacking as her stun ability has some conditions to meet. Teumesia’s Burning Regret is another strong ability that decreases the enemies turn meter and deals massive damage based on the number of enemies with HP Burn debuff! Paired with her Fiery Battleaxe default attack skill on the single-target enemy to apply Decrease Defense debuff, it allows her to solo Spider’s Den boss easily (Dungeon Stage 1-20) with Lifesteal Set or pair her with another Support champion for higher difficult dungeon stages (Stage 21-25) as these bosses have a passive skill that diminish the effect of Decrease Turn Meter.

In conclusion, Teumesia skill synergy is exceptionally robust for a Legendary Void champion! If you are stuck in Spider’s Den and Frost Spider or finding for an efficient speed farmer for these dungeons, then I would recommend levelling her up to fill in that role.

Inner Heat [Passive]
Whenever an ally receives a [Freeze] debuff, has a 50% chance of replacing it with a [HP Burn] for 2 turns instead. This debuff cannot be blocked or removed. Whenever any ally of enemy is under a [HP Burn], this champion is immune to [Stun], [Sleep], [Freeze], [Fear], [True Fear] and [Provoke] debuffs.

Here is Teumesia’s masteries optimized for an All-Rounder Build that can be used for any speed-tuned team composition. For example, Teumesia paired with a primary crowd controller using either Freeze or Stun debuff in Nether Spider to prevent spiderling from counterattacking and healing the boss. If you are using Teumesia as a dungeon solo farmer, I would recommend picking Arcane Celerity, Whirlwind of Death and Spirit Haste to boost her Turn Meter, so she can cycle through her skills more quickly! Visit the reference section for a different mastery build! Here is Teumesia’s artifacts and masteries by Дядя О. optimized as an Arena Nuker for this Arena Build! Teumesia is equipped in Savage Set and Cruel Set for Ignore Enemy Defense (25% + 5% = 30%) along with having Helmsmasher mastery to have a chance to gain an additional 25% Ignore Defense. Paired with a 60% Decrease Defense applied by your debuffer champion in Arena Team, it can easily take out any heavy high Resist HP Tank champions in battle! The stats to prioritize for Teumesia are Attack, Critical Rate, Critical Damage, Speed and a decent amount Accuracy to crowd control enemies with Stun debuff to disrupt champions who has Swift Parry Set equipped. 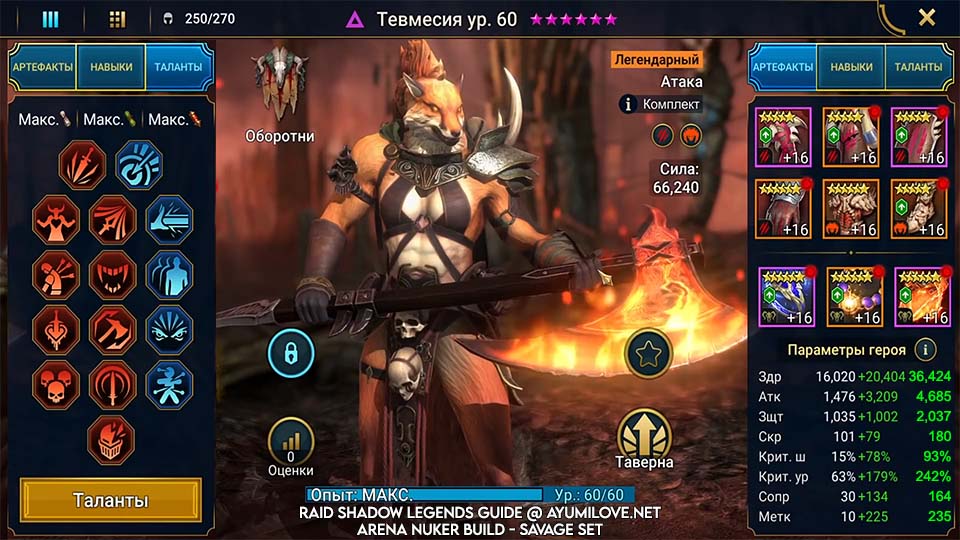 Here is Teumesia’s artifacts and masteries by Дядя О. optimized for soloing dungeons such as Spider’s Den and Ice Golem. Teumesia is equipped in Lifesteal Set and Perception Set to enable her to recover health from damage dealt and boost her Accuracy. The stats to prioritized on Teumesia are Health, Speed, Accuracy and Resist. It’s recommended to have at least 55~65K Health, 220~240 Speed, 225~250 Accuracy, 300~350 Resist and 2~3K Defense for dungeon solo. The masteries to focus are Whirlwind of Death, Spirit Haste and Arcane Celerity to gain additional speed and Increase Turn Meter, so she can lower her skill cooldown swiftly! In addition, Warmaster, Grim Resolve and Life Drinker are essential to rapidly replenish her health along with the aid of Lifesteal Set. 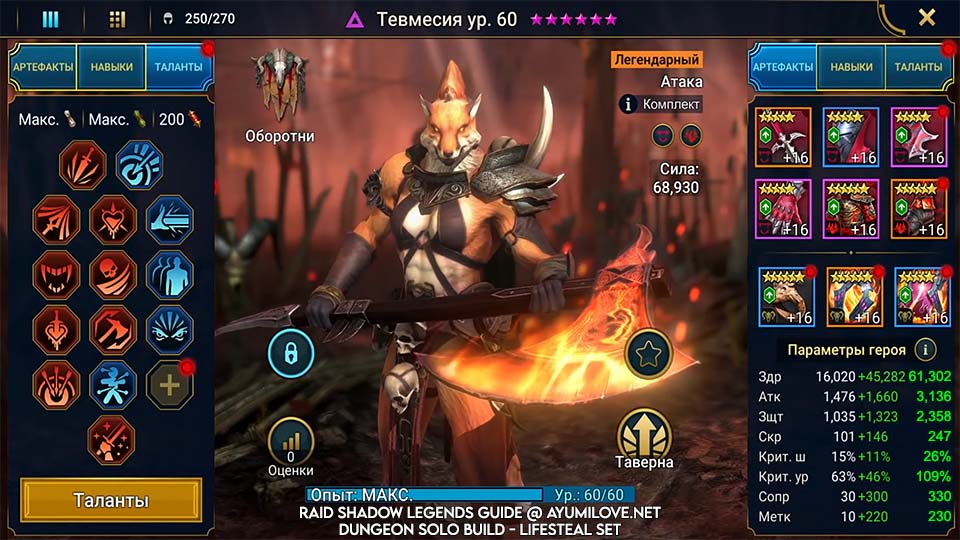 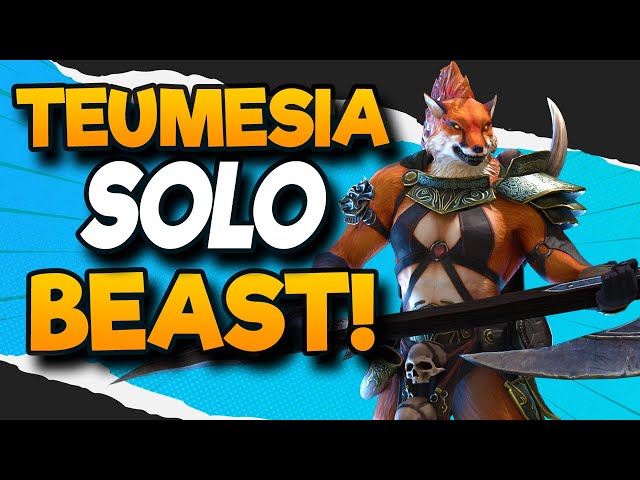 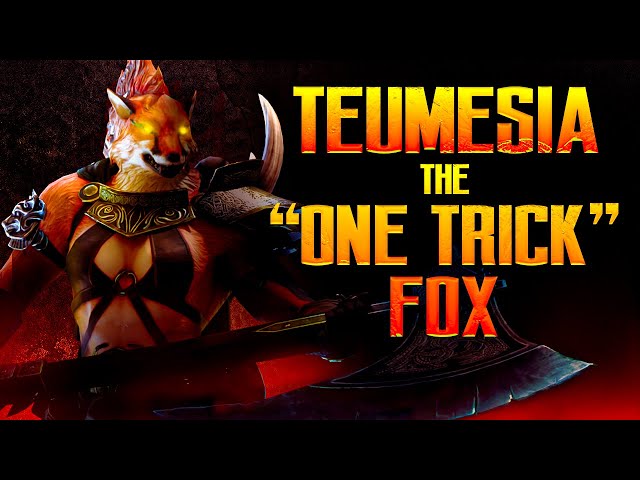 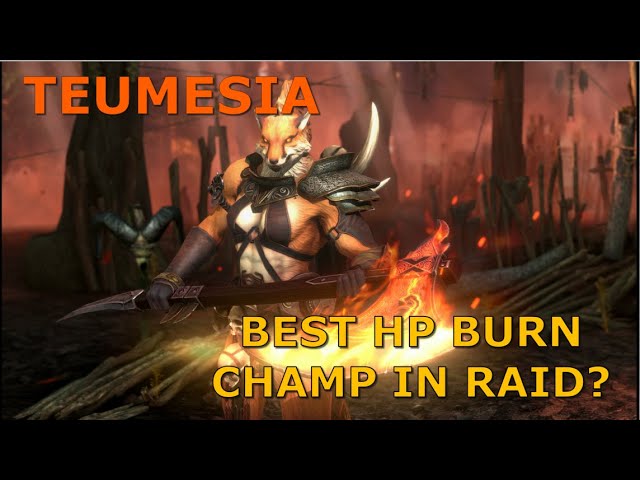 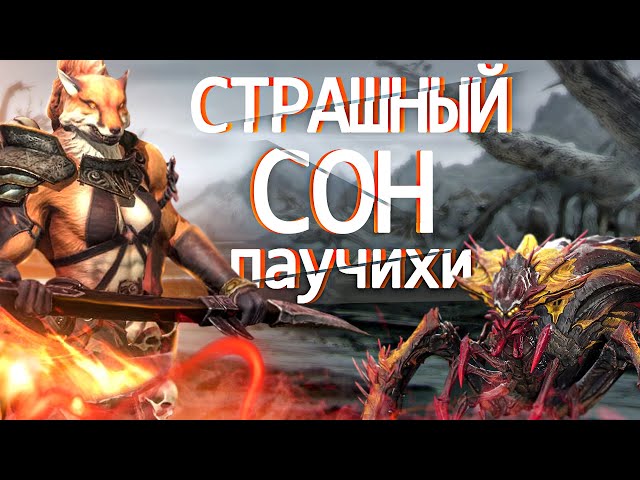