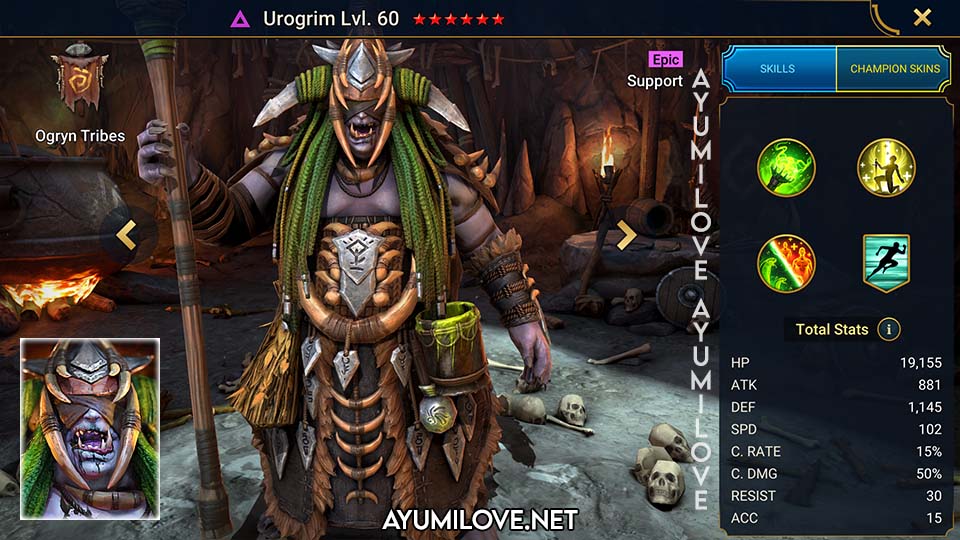 Urogrim is an Epic Support Void champion from Ogryn Tribes faction in Raid Shadow Legends. Urogrim was introduced in Patch 4.50 on August 2021, which coincides with Mother Cybele’s Classic Champion Fusion event! Urogrim’s is a support debuffer champion whose skills revolve around inflicting a massive amount of Poison debuffs on enemies and applying AoE Continuos Heal on his allies to keep them in the pink of health.

Aura
Increases Ally SPD in all Battles by 20%

This is Urogrim’s all-rounder mastery build that caters for all content in the game. This master setup does not utilize any increase turn meter masteries that is not recommended in a speed tuned team such as Clan Boss or Speed Farming Dungeons. The recommended mastery for Urogrim are Offense Mastery Tree and Support Mastery Tree. Offense masteries are selected to boost Urogrim’s damage output for boss raiding whereas Support masteries are selected to improve Urogrim’s success rate in inflicting Poison debuffs on his default attack skill, provide additional Accuracy stat to land those debuffs and extending the Poison debuffs for more damage to the target. This is Urogrim’s Dungeon Solo mastery build for soloing Dragon’s Lair and Ice Golem’s Peak dungeon! He can also be paired with a support champion if you do not have excellent equipment to allow him to run by himself! With this mastery setup, you can level up 3 other fodder champions while farming artifacts to maximize your energy expenditure! The recommended masteries for Urogrim selected within the Offense Tree and Support Tree mastery is to boost his Speed Stat (Whirlwind of Death, Spirit Haste), enable him to gain extra Turn Meter (Arcane Celerity, Rapid Response), improve his self-healing capabilities (Lay on Hands, Exalt in Death) and to deal extra damage (Giant Slayer, Kill Streak). This end-game setup requires high amount of Health (HP), Defense (DEF), Speed (SPD), Accuracy (ACC) and Resist (RESIST). Alternatively, you can refer to the second dungeon solo build,which is much more budget friendly towards the artifacts stats required for Urogrim. However, Urogrim will deal less damage overall but have higher survivability. Here is an alternative to Urogrim’s Dungeon Solo mastery build for Dragon’s Lair and Ice Golem’s Peak. The recommended masteries for Urogrim selected within the Defense Tree and Support Tree mastery is to boost his Resist stats (Defiant, Unshakeable), increases his survivability by reducing damage intake (Improved Parry, Delay Death), enables him to counterattack with his default skill to apply more Poison debuffs (Retribution), enable him to gain extra Turn Meter (Arcane Celerity, Rapid Response) and improve his self-healing capabilities (Lay on Hands, Exalt in Death). If you do not have excellent artifact sets that could provide sufficient Resist stat, which is crucial to prevent Urogrim from receiving debuffs from enemies, then I would suggest using this mastery setup! Here is Urogrim’s artifacts and masteries by ASH optimised for all content in the game. Urogrim is equipped in Perception Set to provide additional Accuracy stat, so he have sufficient Accuracy to inflict his Poison debuff on enemies successfully. The stats to prioritized on Urogrim are Health, Speed, Accuracy and Defence. 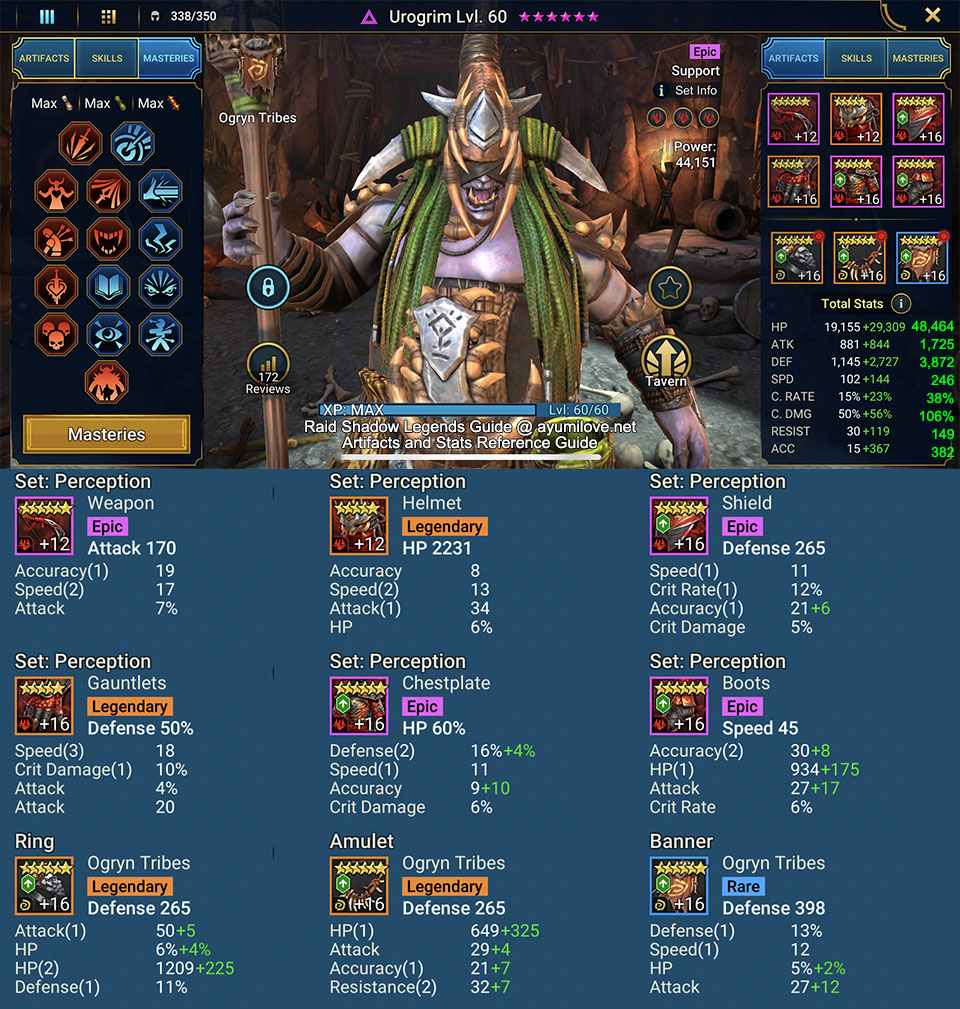 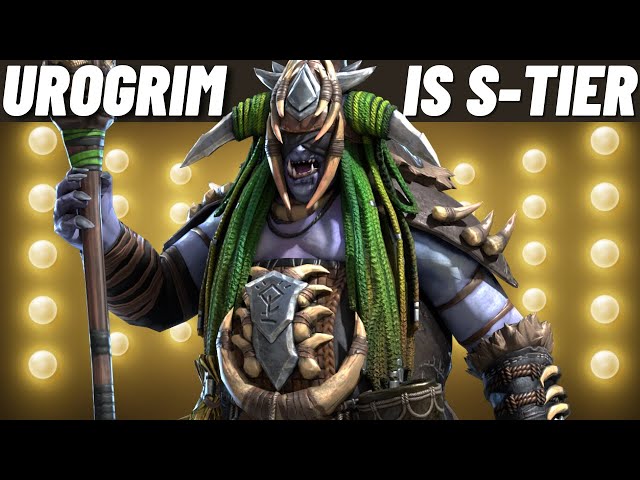 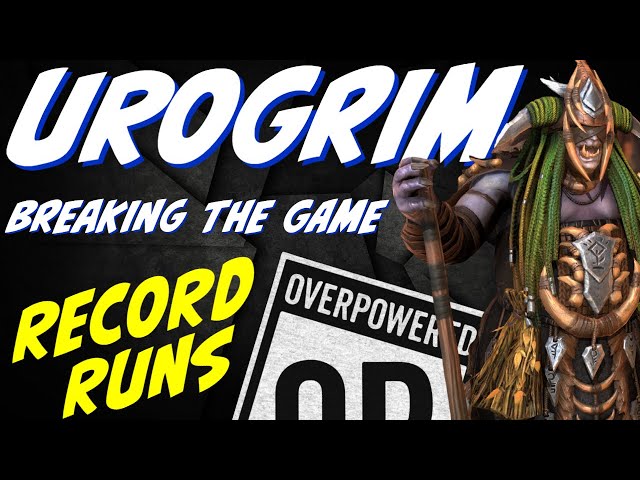 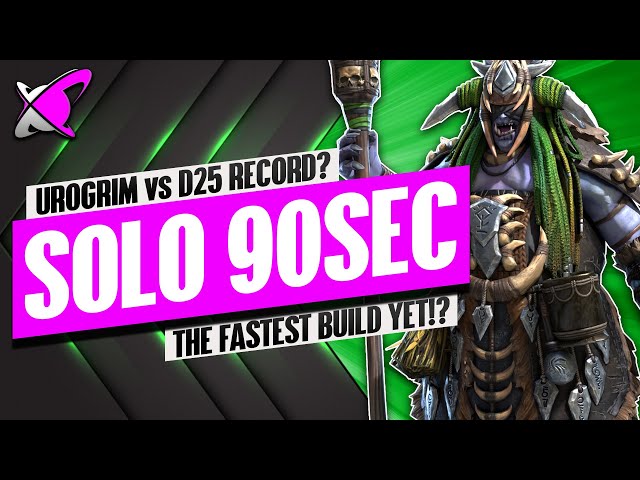 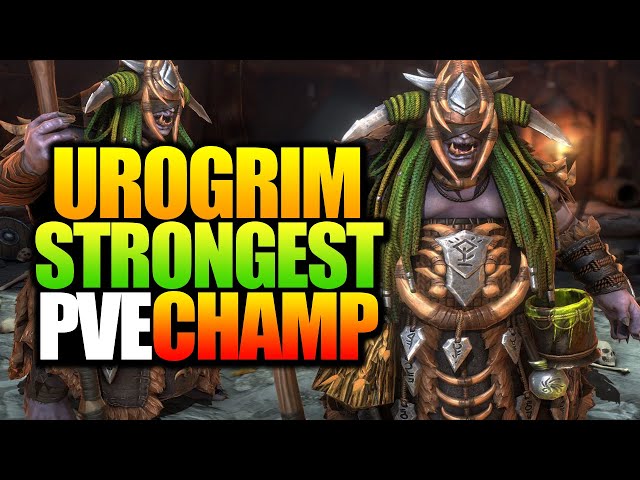 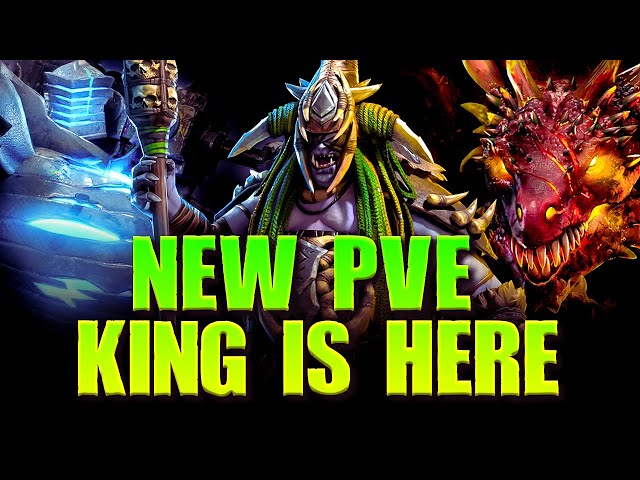