Lady Kimi is a Legendary Support Magic champion from Shadowkin faction in Raid Shadow Legends. Lady Kimi was introduced in Patch 4.30 as the second batch of Shadowkin champions! She offers a variety of abilities that enables you to crowd control enemies with Decrease Turn Meter and boost your allies with Increase Accuracy and Increase Speed buff, which would be quite helpful to as a carry for Faction Wars and Doom Tower team. Note: Lady Kimi is available in the Guaranteed Champion Summon Event on September 21st 2021, it’s a good opportunity to get her if you do not have her in your account.

Spirit Flux (Cooldown: 6 turns)
Removes one random buff from each enemy, then has a 75% chance of placing a [Block Buffs] debuff for 2 turns on enemies who have buffs removed. Also fills the Turn Meters of all allies by 15% and places a 50% [Increase ACC] buff and a 30% [Increase SPD] buff on all allies for 2 turns.
Level 2: Buff/Debuff Chance +10%
Level 3: Buff/Debuff Chance +15%
Level 4: Cooldown -1
Level 5: Cooldown -1 Here is Lady Kimi artifacts and masteries by Ayumilove optimized for Dungeons, Doom Tower and Faction Wars as a defensive supporter champion. Lady Kimi is equipped in Stalwart Set to reduce AoE damage intake from enemies AoE nuke, especially against difficult bosses at higher stages. The stats to prioritize for her are Health, Defense, Accuracy and Speed. You will need approximately 70K Health and 3K Defense for Hard Doom Tower to survive against the bosses nuke attacks, while 200+ Speed to keep up with the enemies and 350 Accuracy to be able to inflict your debuff successfully. 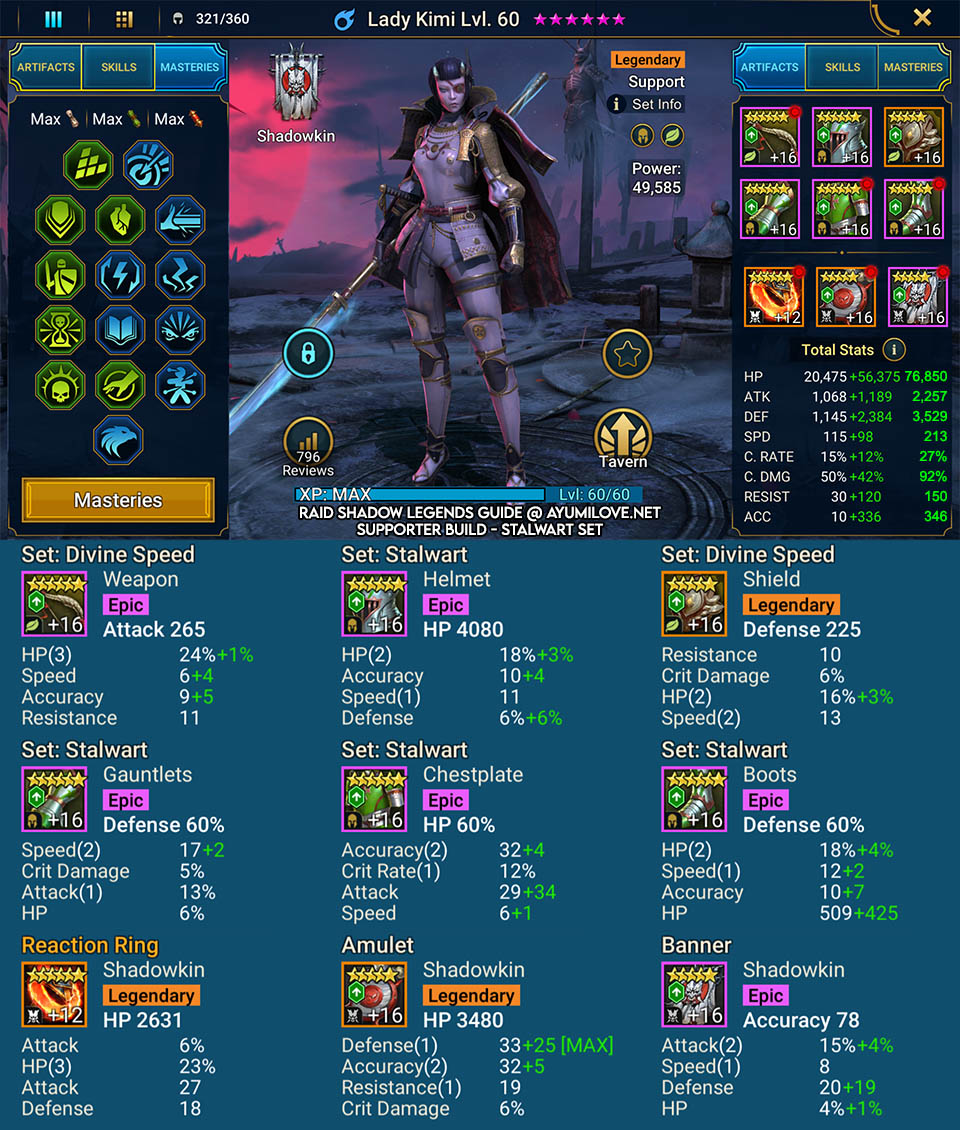 Here is Lady Kimi artifacts and masteries by Ayumilove optimized for Arena as an offensive supporter champion. Lady Kimi is equipped in Relentless Set to enable her to have a chance to take multiple turns within the short battle to overcome the enemy with massive amount of debuff and reducing their Turn Meter. The stats to prioritize for her are Speed, Accuracy, Health and Defense. Speed is essential to go first in battle to boost allies speed with her Increase Speed buff while removing a random enemy buff and blocking them from placing a new buff that could fortify their defenses or boost their battle efficiency! Accuracy is crucial against slow tanky resistance team to allow Lady Kimi’s debuff and negative effects to be placed. You will need approximately 250~350 Speed and 400~600 Accuracy for Arena Gold~Platinum. 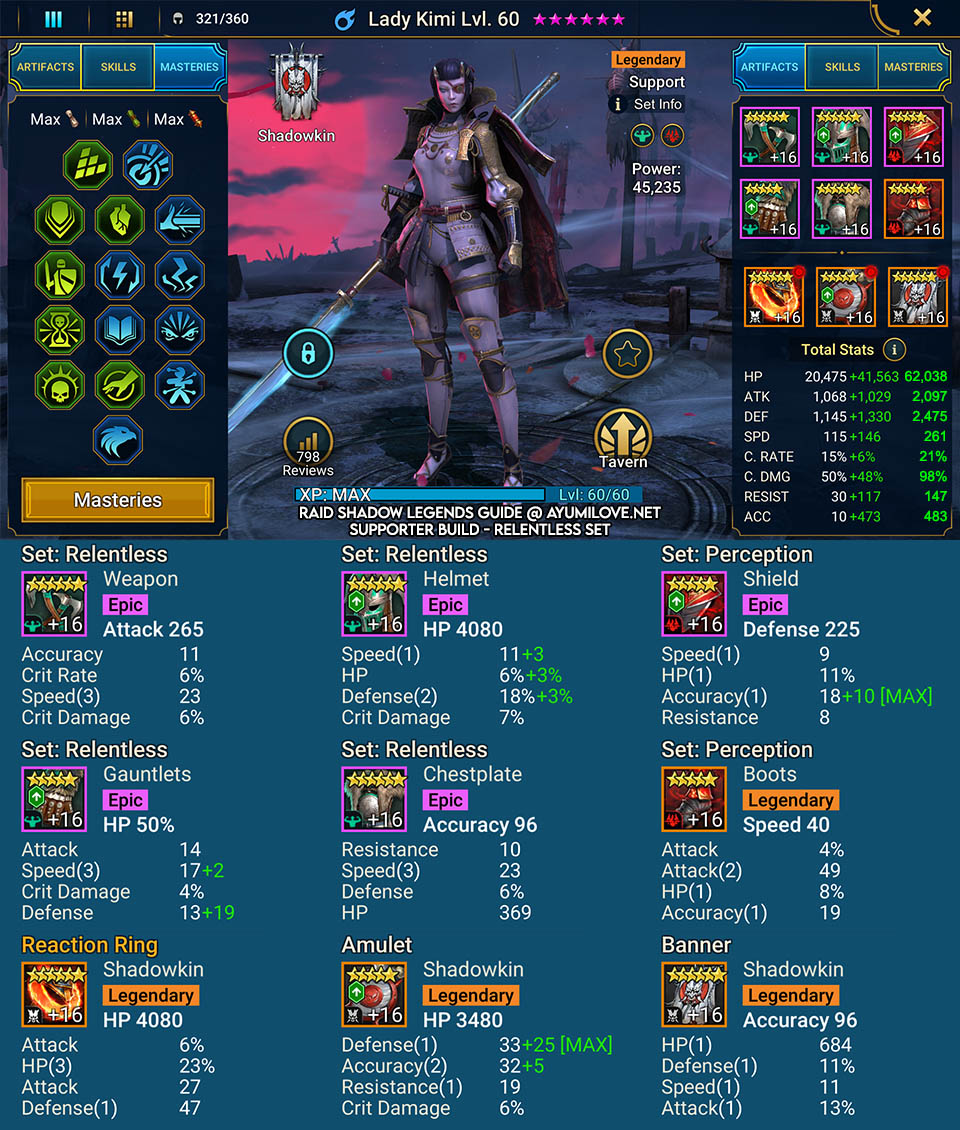 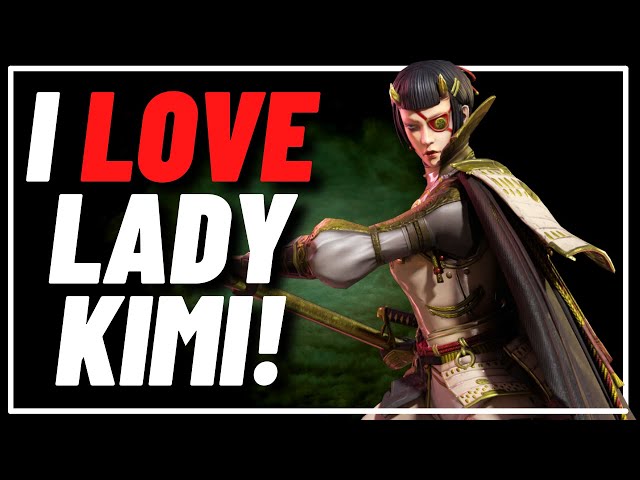 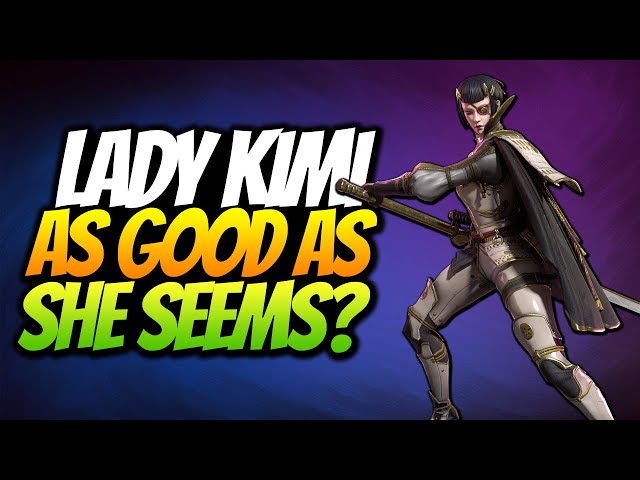 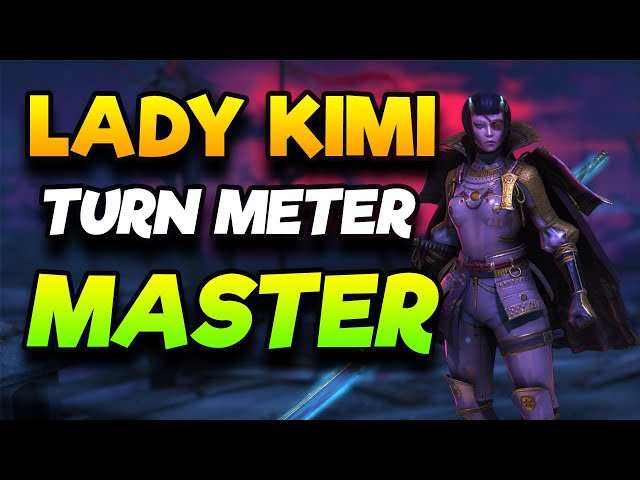 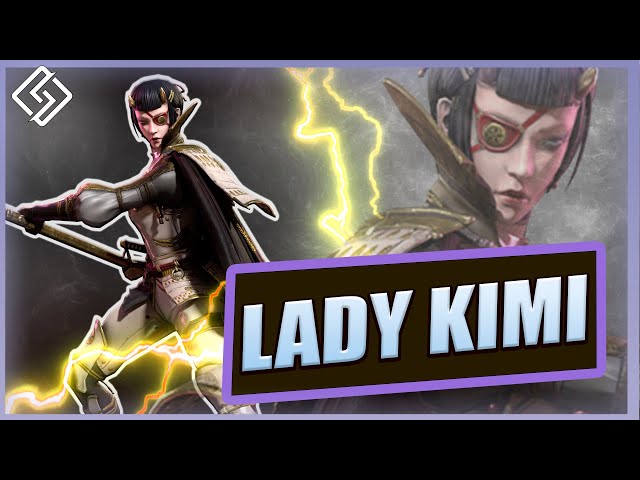