Vildrax is an Epic Attack Magic champion from Demonspawn faction in Raid Shadow Legends. Vildrax is released in Patch 4.90 on November 2021 as a Champion Fragment Fusion event!

Pestiferous [Passive]
Has a 10% chance of stealing the heal each time an enemy under a [Hex] debuff is about to be healed. [Does not work against Bosses. The amount healed will be the same as it would have been on the original target of the heal, except if the heal is based on the target’s HP, in which it will scale off Vildrax’s HP].
Level 2: Buff/Debuff Chance +10%
Level 3: Buff/Debuff Chance +10%

Aura
Increase All Ally Accuracy in All Battles by 40

Here is Mycolus’s masteries optimised as an all-rounder build for all areas in the game without requiring any specific speed-tuning for a particular team composition. 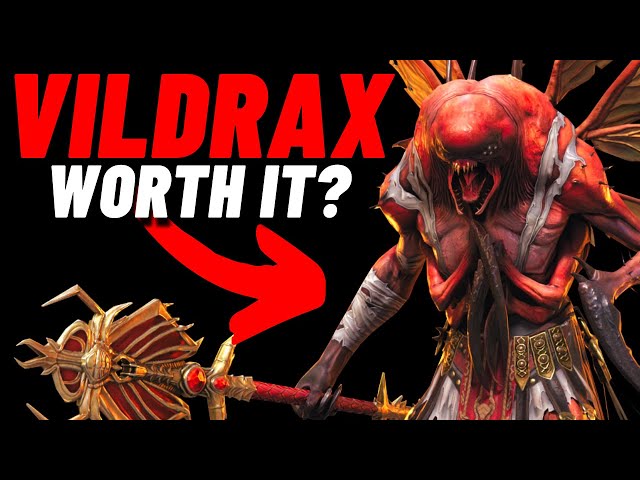 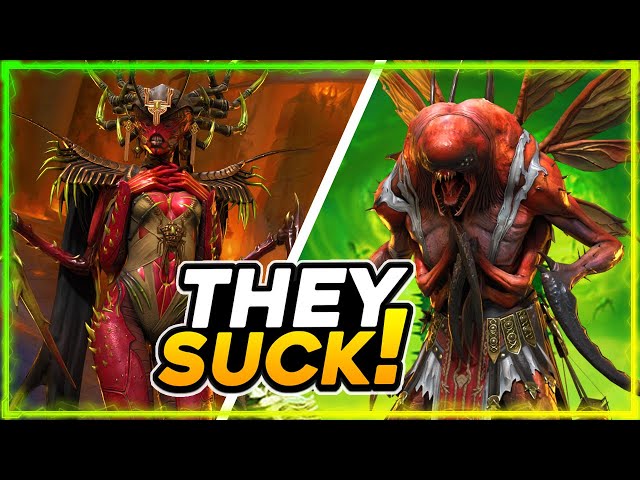 Even among the accursed Demonspawn of Siroth, one would struggle to find a beast as vile and disgusting as Vildrax, the Duke of Flies. He is a creature of avarice and pestilence and endless hunger. His body takes on an aspect of both human and insect – a profane, twisted mockery wrought in red-raw flesh. When the demon speaks, his voice reverberates like the buzzing of myriad flies, and the stench of decay hangs heavy in the air about him.
Though Vildrax was not among the fallen Lightbringers who had rebelled against Lumaya, he is still an ancient and powerful creature. It is said the soul of the first mortal to seek the secrets of Undeath was the larva from which Vildrax hatched, and it was that unholy ambition that shaped the demon’s spirit. He hates all things beautiful and pure and would plunge the entire realm of Teleria into a state of decay if he had the power to do so.
Even those who stand higher in the hierarchy of the Demonspawn legions are the object of Vildrax’s scorn; he believes himself to be deserving of a much greater position than he holds now and oft works in secret to undermine those he considers to be his rivals. Unfortunately, there is a cunning and malicious mind behind those delusions of grandeur, and what Vildrax may lack in innate power, he makes up for with subterfuge. His servants are scattered across Teleria, infiltrating organizations dedicated to Lumaya and more prominent Siroth-worshipping cults alike.
On the rare occasion Vildrax deigns to grace the battlefield, he turns the fray into a terrifying spectacle of dark magic. Swirling arcane energies and swarms of demonic carrion flies fill the air when Vildrax spreads his hexes across enemy ranks like a plague, reveling in despair that he sows. His baleful presence alone is enough to hamper the efforts of healers fighting on the other side by siphoning their power into the Duke’s own twisted form. Of course, there is usually a solid wall of minions ready and willing to throw their bodies at the enemy so that their master does not need to sully himself with melee combat.
Though most mortals would loathe the presence of such a despicable creature, Vildrax himself has no scruples about working with lesser beings to promote his goals. Indeed, if his ambition called for it, he’d have likely helped the Arbiter herself just to get rid of a rival. But anyone reckless enough to seek such alliances must take heed – demons are not to be trusted, and Vildrax will always place his own unknowable goals above all else.