Mithrala Lifebane is a Legendary Support Void champion from Dark Elves in Raid Shadow Legends. Mithrala was released in Patch 5.00 on 21st December 2021 as part of Hydra Clan Boss fragment rewards. You cannot summon her from shards similarly to Lydia the Deathsiren, but to earn her fragments by battling against the Hydra heads. Mithrala skill kit revolves around crowd-controlling enemies with Petrification and support allies with multiple buffs such as Increase ATK, Increase DEF, Strengthen and Shield as well as inflicting Poison debuff on enemies to dwindle their health slowly. Fun Fact: She is the first champion released with the ability to petrify enemies.

Libation of Pain (A1 Skill) is Mithrala’s basic skill that attacks 2 random enemies while inflicting Poison debuff on them. It’s useful against high health and defense enemies such as bosses as Poison deals damage based on their MAX Health and ignores all defense.

Sigil of Toxic Glory (A2 Skill) is her AoE attack that deals damage to all enemies in the battlefield with Hex debuff on them, while applying both Increase Attack and Increase Defense buff on your allies to improve their offense and defense capabilities simultaneously. You can pair her with other Hex champions to unlock their skills full potential such as preparing Ruel the Huntmaster for his AoE nuke attack. The unfortunate part of this skill is it perform AoE attack on the enemies before applying Increase Defense buff first, which does not fully maximize her damage output.

Brimming Cylix (A3 Skill) is her secondary support skill that removes all debuffs from allies before applying Strengthen and Shield buff. The shield capacity is based on her Max HP, hence it’s recommended to build her with high amount of Health to generate a larger shield to protect allies, especially those who have low base health.

Gaze of Stone is Mithrala’s signature passive skill that petrifies enemies with her gaze whenever they attack her. However, this powerful ability is only activated if the enemies is currently hexed. Petrification removes all of the target’s buff, prevents them from receiving new buffs while Petrification is active, and skips their turn as well as preventing their skill from refreshing. However, they will receive significantly less damage but Bombs will deal massive damage to them. In addition, this passive ability enhances her Resistance by topping it up based on the amount of Accuracy she owns, which is similar to Helior skill mechanics.

Overall, Mithrala Lifebane is a solid Legendary hero who excels in both PvE and PvP content. Having her in your Hydra Clan Boss team will make it an easier experience to sustain your heroes in a lengthy battle while boosting the team’s overall damage output to rack higher scores for better chest rewards.

Brimming Cylix (Cooldown: 5 turns)
Removes all debuffs from all allies, then places a 25% [Strengthen] buff and a [Shield] buff equal to 30% of this Champion’s MAX HP on all allies for 2 turns.
Level 2: Cooldown -1
Level 3: Cooldown -1

Aura
Increases Ally ACC in All Battles by 80. Here is Mithrala Lifebane’s artifacts and masteries optimized by MacChan as an Arena Supporter champion. She is equipped in Untouchable Set and Perception Set, which provides her Immunity buff along with additional Resistance and Accuracy stats. The stats to prioritize on her are Accuracy, Health, Defense, Speed and Resist. Having a high amount of Accuracy allows you raise Resistance stat simultaneously with the help of her passive skill. The masteries selected for her support role are Defense and Support mastery tree to increase her Accuracy stat, healing potential and her survivability against enemy nukes. 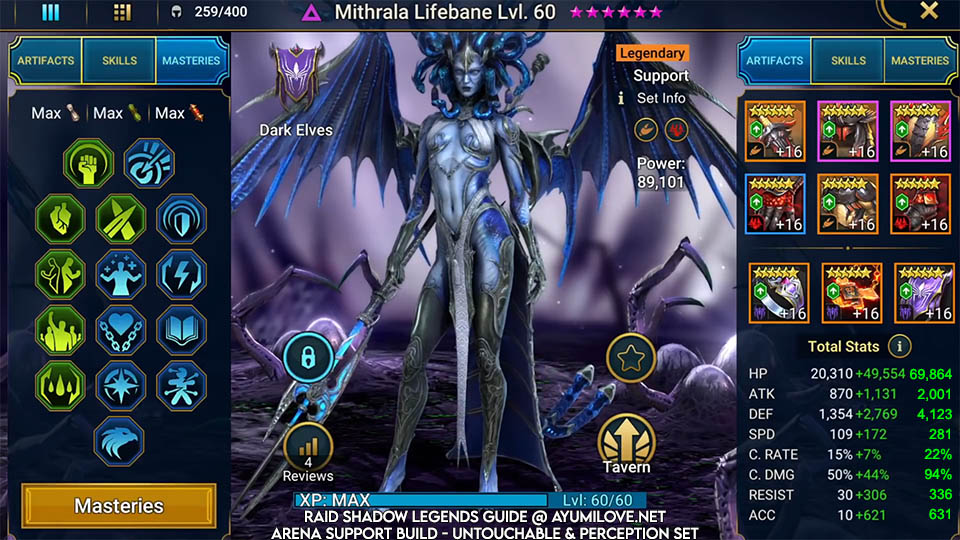 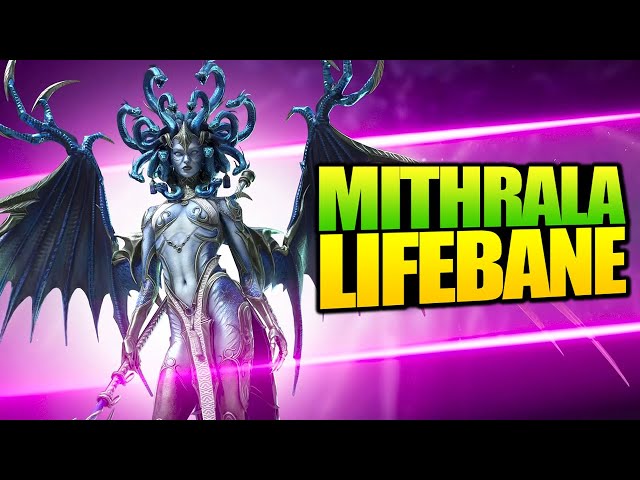 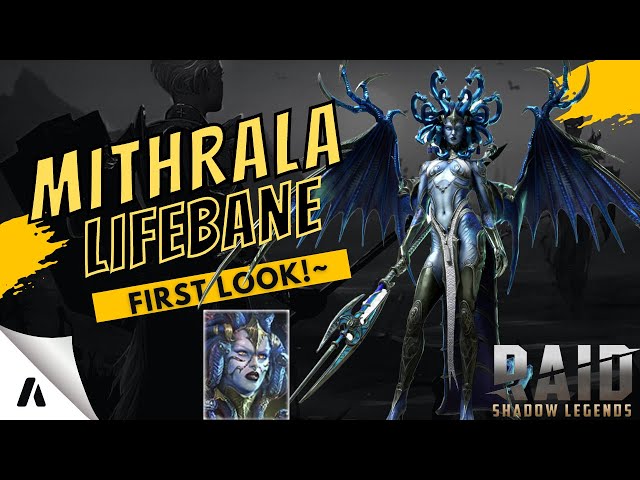 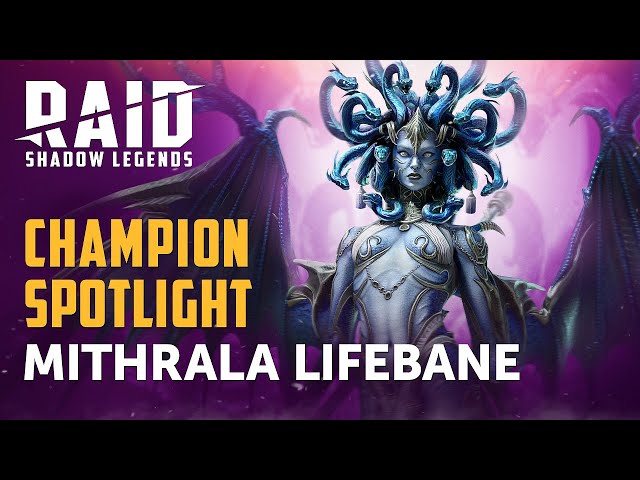