There are some who romanticize vampires, painting them in legend and song as beautiful, seductive beings. And, indeed, some may be fortunate enough to retain an eerie beauty through dark rituals and magic. But that is merely a fragile facade that will crumble sooner or later to reveal these damned souls for the beasts that they truly are. Some are not even fortunate enough to prolong this illusion. The Corpse Collector is a fairly crude monicker given by peasantry of Kaerok that she had terrorized for years. Closer to a ghoul, perhaps, than a true vampire, she nonetheless still maintains a grasp of her intelligence. That, of course, makes the undead monster much more dangerous. She feeds on the pain and blood of her victims, all too eager to siphon their lifeblood and invigorate herself. Capable of summoning unclean flames to blind and cripple her foes, the Corpse Collector is nonetheless a cautious foe. When threatened, she will strike out with poisonous claws and vanish into the shadows, whether to escape or pounce the next unfortunate fool from the back a moment later. 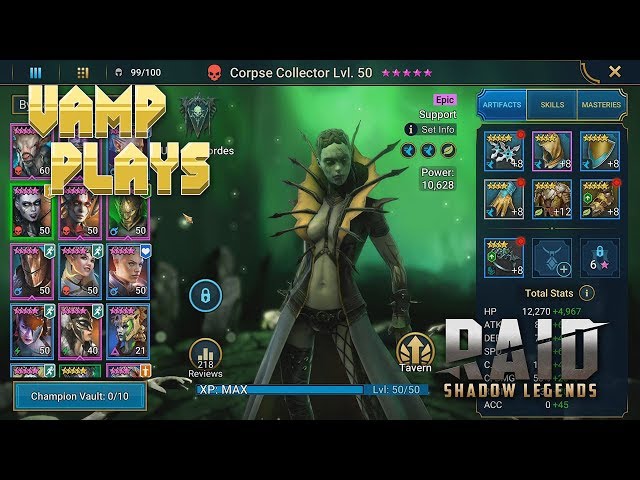