Aura
Increases Ally RESIST in all Battles by 50.

Pre-requisite: Gurptuk Moss-Beard to be equipped with Artifact Set that provides HP%, DEF%, SPD and ACC. With high speed and accuracy stats, he can start the battle first by preventing enemies from buffing themselves. Apart from that, having high amount of HP% and DEF% increases his chances of survival in long battle and avoid being targeted by the enemies. The mastery setup focusses on boosting Gurptuk’s Accuracy and Resist stats, which is useful in applying debuff on enemies and resisting enemies debuff simultaneously. Many old mysteries lie buried amid the trees of the Durham Forest. Some wondrous and beautiful to behold, others dangerous, deadly, and best left forgotten. Beasts, brigands, ruthless Dark Elves all prey on the unwary, and only the mightiest adventurers can hope to survive if they stray from the beaten forest paths. Curiously, there is someone brave (or maybe insane) enough to make his home at the very heart of Durham. Some say he is a spirit of nature, a benevolent guardian of the woods whose hut is always open to the lost and the weary. Others swear he is a monster – hunger and malice given form, ever craving the blood of innocents. One thing is clear. Whoever this creature is, his power is immense. So beware, o summoner, for only the bold can hope to unravel this mystery and recruit a new Champion to their cause. The Durham Forest is a place of ancient magic and mystery, where many dangers await the unwary who venture beyond its borders. Vicious predators and man-eating monsters lurk in the perpetual dusk that shrouds Durham, ruthless Dark Elves prey on travelers, and vile Undead abominations make their dens in the twisted thickets. But there is a clearing at the very heart of the forest where a single old hut stands. Neither beast nor elf dare stray close to it, for they know the master of that place has little patience for unbidden guests and power enough to make sure their transgressions are punished in full. No one, not even the elder sovereigns of the Dark Elves, knows when and how Gurptuk the Moss-Beard came to be in Durham. He simply was for as long as anyone could remember, making a living in the depths of the woods. Dozens of wild tales and myths surround his figure; some claim Gurptuk is, in fact, a fay, a guardian of nature and the true master of Durham; others believe he is a mad old shaman who made a pact with dark forces to grant him immortality in exchange for terrible sacrifices he must perform. Whatever the case might be, Moss-Beard holds the distinct appearance of an ogryn, albeit the bizarre wooden armor and amulets he carries may explain why he is mistaken for a forest spirit. His behavior too does not fit a single pattern, and while some speak of the Moss-Beard helping lost travelers find their way back to the true and beaten paths, others recount blood-chilling stories of people butchered and used for unknown dark purposes. But there are those bold or foolish enough to seek Gurptuk out, for he is said to be a witch-doctor of immense power and his knowledge of poisons is almost without equal. Once, an ambitious group of Dark Elf assassins sought to rid their kin of such a troublesome neighbor – and win glory for themselves along the way. They observed the Moss-Beard from afar, scheming and plotting to waylay him. When they struck, they did so with ruthless cunning and swiftness, firing poisoned arrows at the old druid in hopes of weakening him. But something went wrong. Although Gurptuk suffered many wounds, he did not fall as his would-be assassins expected, nor even stumble. Instead, he laughed. And while the attackers watched in horror, he stood tall and proud, a cloud of noxious spores rising from the mushroom growths that covered his body. Despite the poison coursing through his veins, despite the arrows in his limbs and back, Gurptuk the Moss-Beard strode forth and chanted in a tongue unheard, his staff sending bolts of arcane energy that burned through armor and flesh alike. The assassins turned to flee, but there was nowhere to run or hide from Gurptuk’s vengeance. One by one they fell, and exactly what painful fate had befallen them is unknown. After that night, a row of fresh skulls could be seen decorating the fence that surrounded his hut. With no survivors to tell the tale, rumors and assumptions spread like wildfire, and Moss-Beard’s fearsome reputation grew. Now, even the most ambitious Dark Elf warrior knows to leave the druid well alone. 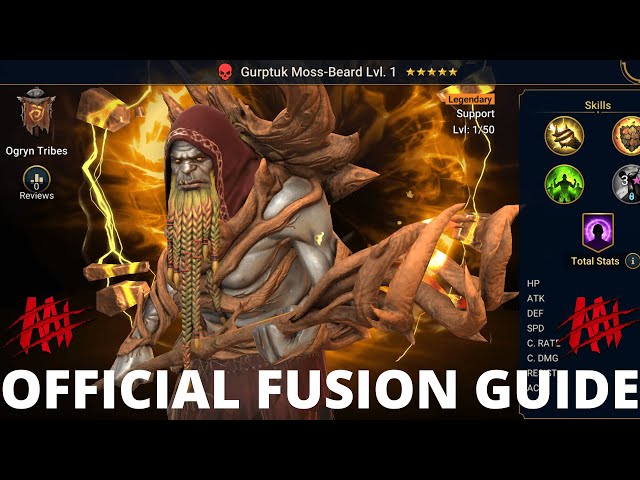 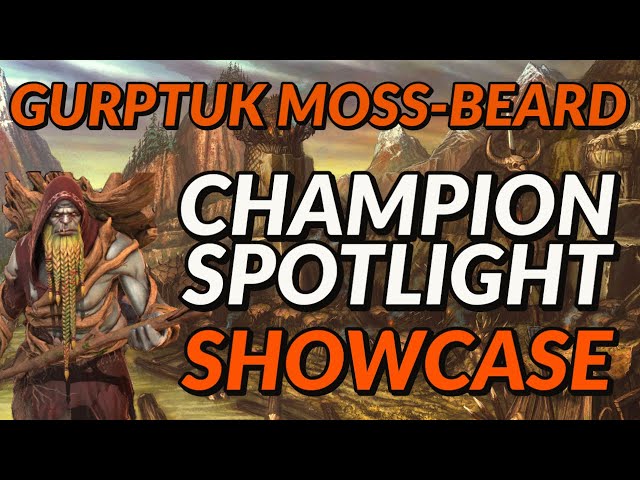 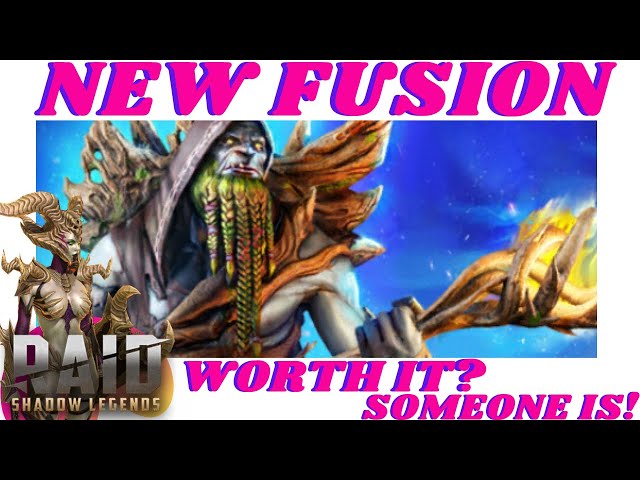 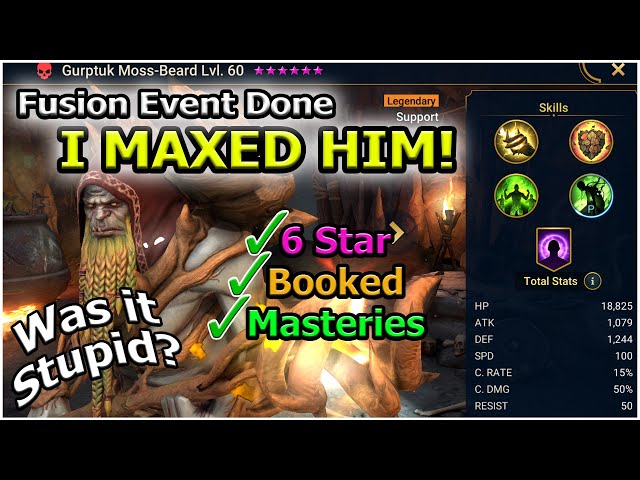 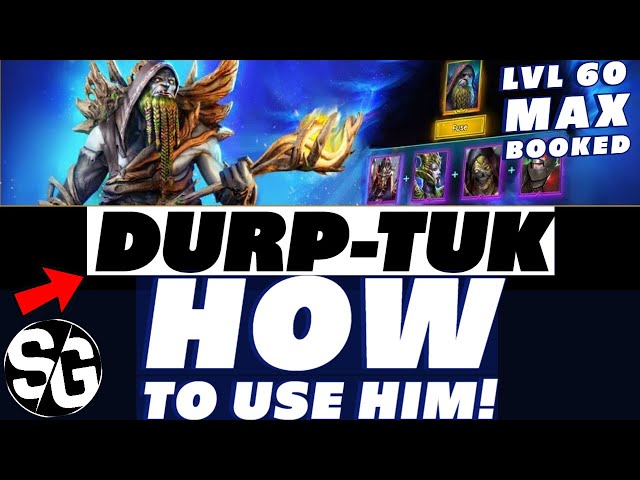 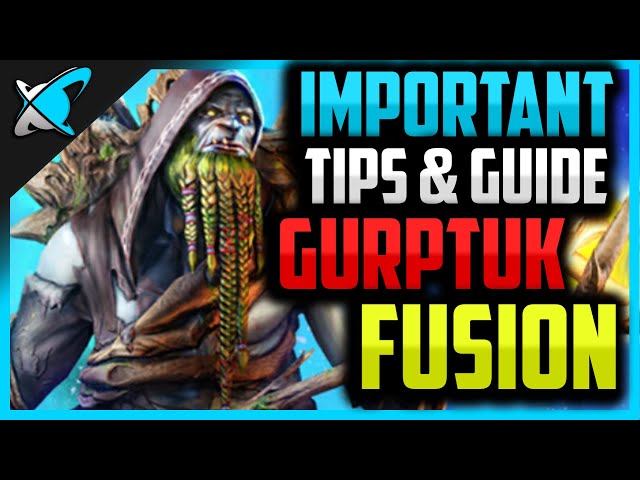 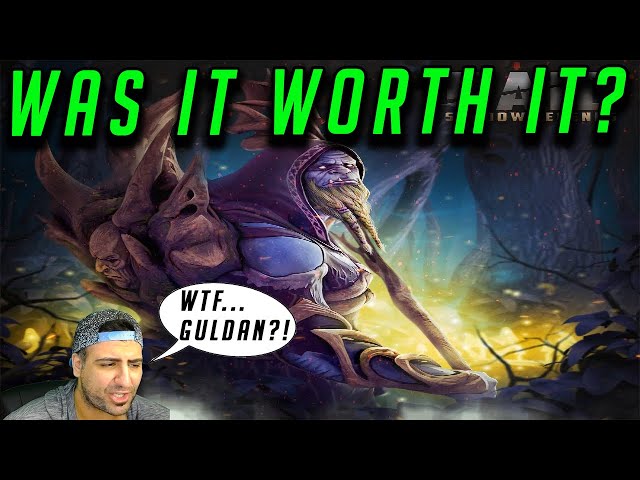 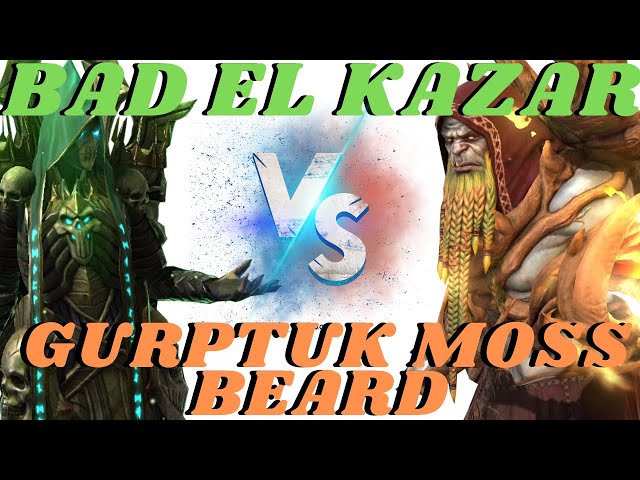 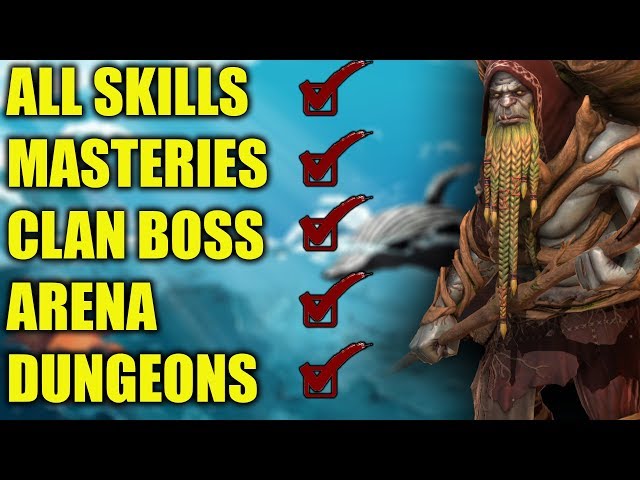