Magnarr is an Epic HP Spirit champion from Demonspawn faction in Raid Shadow Legends. Magnarr was released on August 2021 in Patch 4.50 as part of Mother Cybele Champion Fusion Event! To obtain Magnarr from the event, you need to fuse Ashwalker, Candleguard, Hellfreak and Lumberer.

Magnarr is renowned for his Percussive Pound (A2 Skill) as it deals high amount of damage by attacking all enemies twice if they do not have any HP Burn debuff on them. It’s similar to Trunda Giltmallet Forge Rhythm (A3 skill). Hence, their damage output is quite comparable, which makes him one of the best candidates as an Arena nuker.

One of the outstanding aspect of Magnarr is he is an HP based champion. This allows him to survive against enemy nukes by having high amount of HP to tank the damage. Apart from that, his damage output remains consistent regardless of enemy inflicting Decrease Defense and Decrease Attack debuff on him as his skills damage multiplier are based on HP (Health aka Hit Points). Magnarr Percussive Pound (A2 Skill) can also be used as a crowd controller if you pair him with a AoE HP burn champion in the team, as he can inflict Stun debuff on enemies who are under HP Burn debuff too!

In addition, Magnarr can be utilized as a debuff spreader using his Fan the Flames (A3 Skill) as it takes 2 random debuffs from the targeted enemy and places to all enemies in the battlefield. However, the limitation is that the enemies must be under HP Burn for the spread debuff to take effect. This skill synergizes well with his default attack Superheated Hammer (A1 Skill) that has a chance to place Decrease Defense on a single-target. With the spread debuff mechanic in place, he can spread the Decrease Defense debuff on all enemies too.

Last but not least, he has a unique passive skill Fleshmelter that heals himself whenever the enemy takes damage from HP Burn. You can use him as a tank bait, especially for Spider’s Den (Magic Affinity) to auto-taunt the spiderlings to attack him. Magnarr can sustain and outheal the damage taken from spiderling attack when 10 spiderlings and the boss takes HP Burn damage, he heals himself by 11% MAX HP! Great for Spider Dungeon Stage 25 when paired along with Crypt-King Graal who was recently buffed in Patch 4.70

Overall, Magnarr is a decent Epic champion who can be solely used as a damage dealer or a support debuffer in the team. To unleash Magnarr’s full potential as a damage dealer, you will need to provide him with high amount of HP, Critical Rate, Critical Damage and Speed. As for support debuffer, his supportive skill truly shines when he is paired with an AoE HP Burn champion such as Mordecai, Ultimate Galek, Teumesia, Sicia Flametongue or Crypt-King Graal. Magnarr will require a sufficient amount of Accuracy (11 Accuracy x Dungeon Stage) to apply his debuff on enemies for Dungeons and Faction Wars.

Fleshmelter [Passive]
This champion heals by 1% of their MAX HP every time anyone in the battle takes damage from a [HP Burn] debuff. Here is Magnarr’s artifacts and masteries by ASH optimised for as an Arena Nuker in Arena Offense Team. Magnarr is equipped with Savage Set to ignore a portion of enemies defense and Critical Damage Set to gain additional Critical Damage stat boost. The stats to prioritized on Magnarr are Health, Critical Rate, Critical Damage and Speed to maximize his damage output to deal the killing blow to the enemies. Helmsmasher mastery along with damage boosting masteries from Offense Tree are selected to combat against high HP and defensive champions easily. 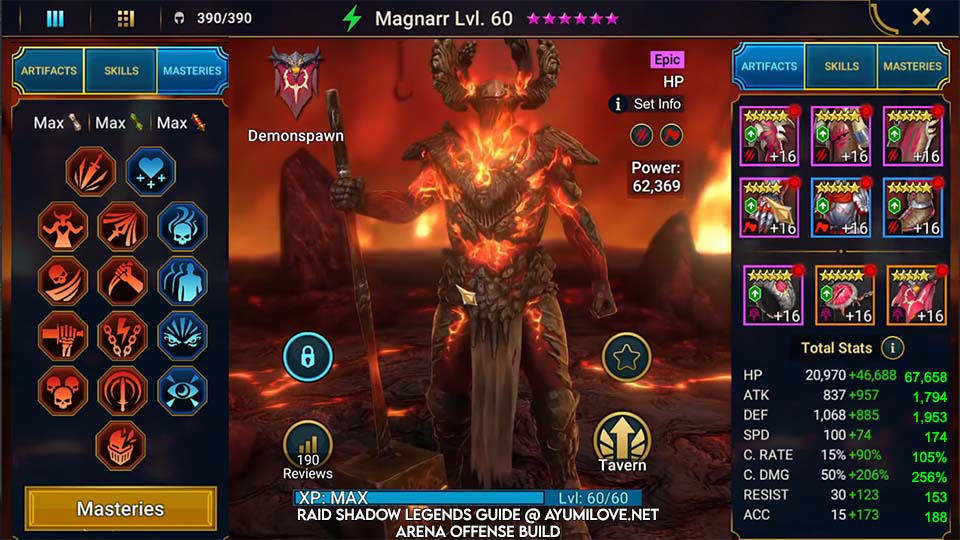 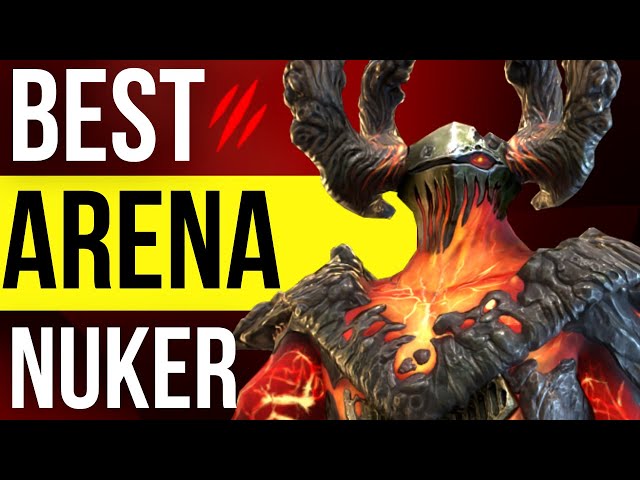 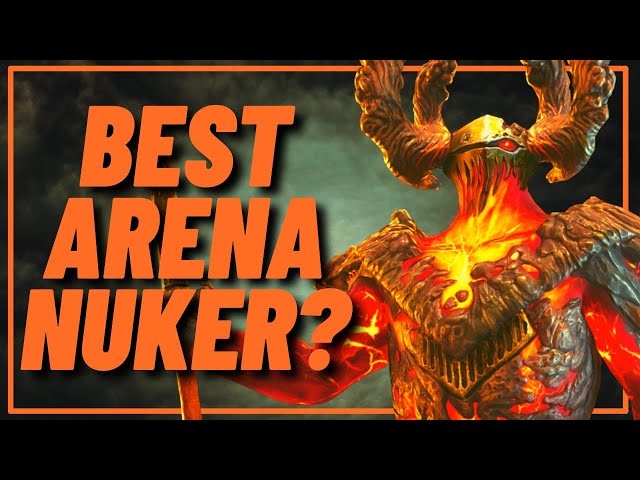 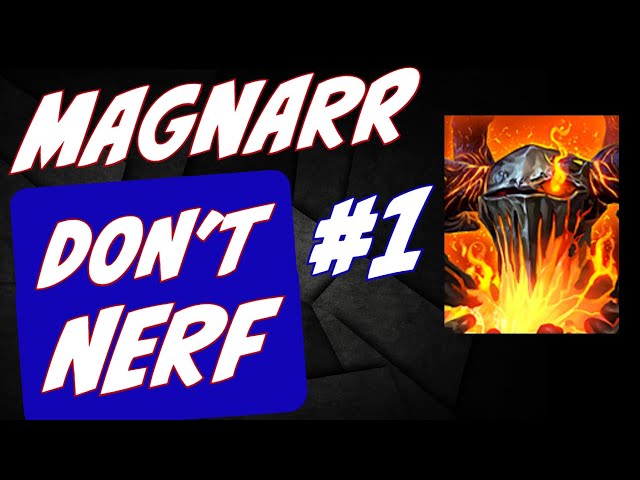 mAd Capper I Built Them, So You Don’t Have To 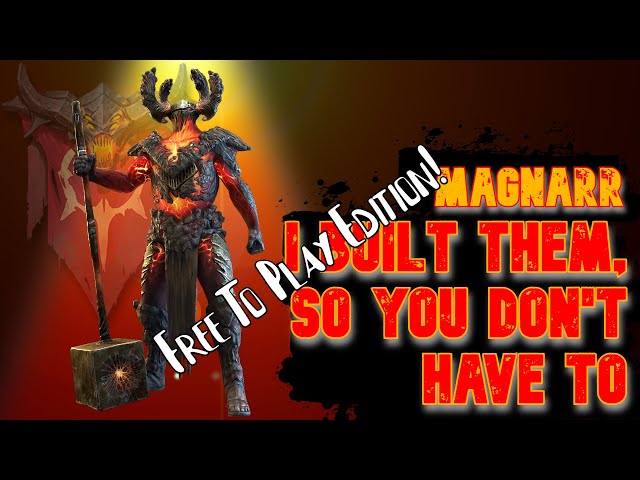