Aura
Increases Spirit Ally ATK in all Battles by 40%. Captured by the Dark Elves, these two ogryn brothers were meant to be little more than cattle for the arena. Though they have proven to be far more skilled and resilient than their captors imagined. By their combined skill and teamwork, the Cagebreaker and the Towering Titan – as they became known to the audience – not only survived, but managed to gain something of a following. Still, their ultimate fate was decided and the two relentless brothers were to meet their end at the hands of the reigning Champion, Grandhammer. Or so it was planned by the slavemasters.

Grandhammer himself had little desire to keep on shedding blood in the name of slavers that kept him bound and tortured with unspeakable magic. Thus he hatched a plan to escape, one that he managed to share with his would-be opponents the night before the grand performance. Though less than keen on such risk at first and suspecting cowardice, the ogryns were convinced in the end and agreed to follow Grandhammer’s lead. When the time came, they staged bloody and ruthless combat against each other, distracting arena guards. At the same time, Grandhammer and other gladiators attacked their tormentors, and soon enough both Cagebreaker and Towering Titan joined their fellow slaves in that uprising.

Once free, they chose to return to their tribe, bearing masterfully crafted gladiator armour and weapons the Dark Elves equipped them with. Such mighty defenders are sure to dissuade further slaver raids against their kin. 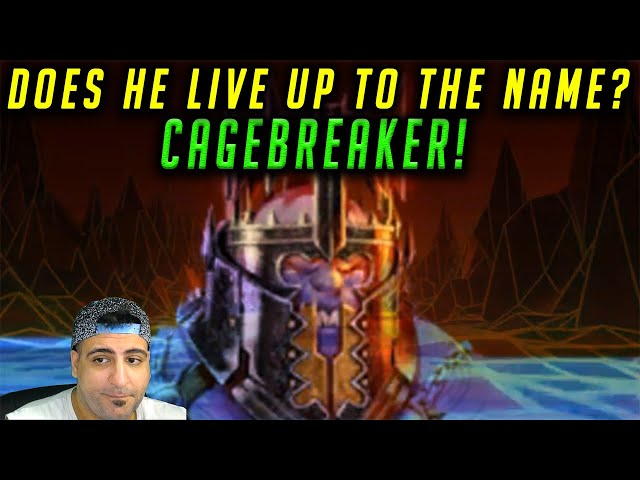