Godseeker Aniri is an Epic Defense Void champion from The Sacred Order in Raid Shadow Legends.

Guardian Angel [Passive] (Cooldown: 7 turns)
[Passive Effect] Increases the amount of healing allies receive by 10%. [Active Effect] If an ally is about to get killed by a fatal hit, preempts that hit and instantly places a [Revive On Death] buff on them for 1 turn before the damage is taken.
Level 2: Cooldown -1
Level 3: Cooldown -1
Level 4: Cooldown -1 This section contains a variety builds of Godseeker Aniri that are specialized for certain areas in Raid Shadow Legends such as Arena, Clan Boss and Doom Tower.

Here is Godseeker Aniri’s artifacts and masteries by Ayumilove optimised for Arena, Dungeons, Doom Tower and Faction Wars. Godseeker Aniri is equipped with Reflex Set to provide her with the ability to reduce her skill cooldown. 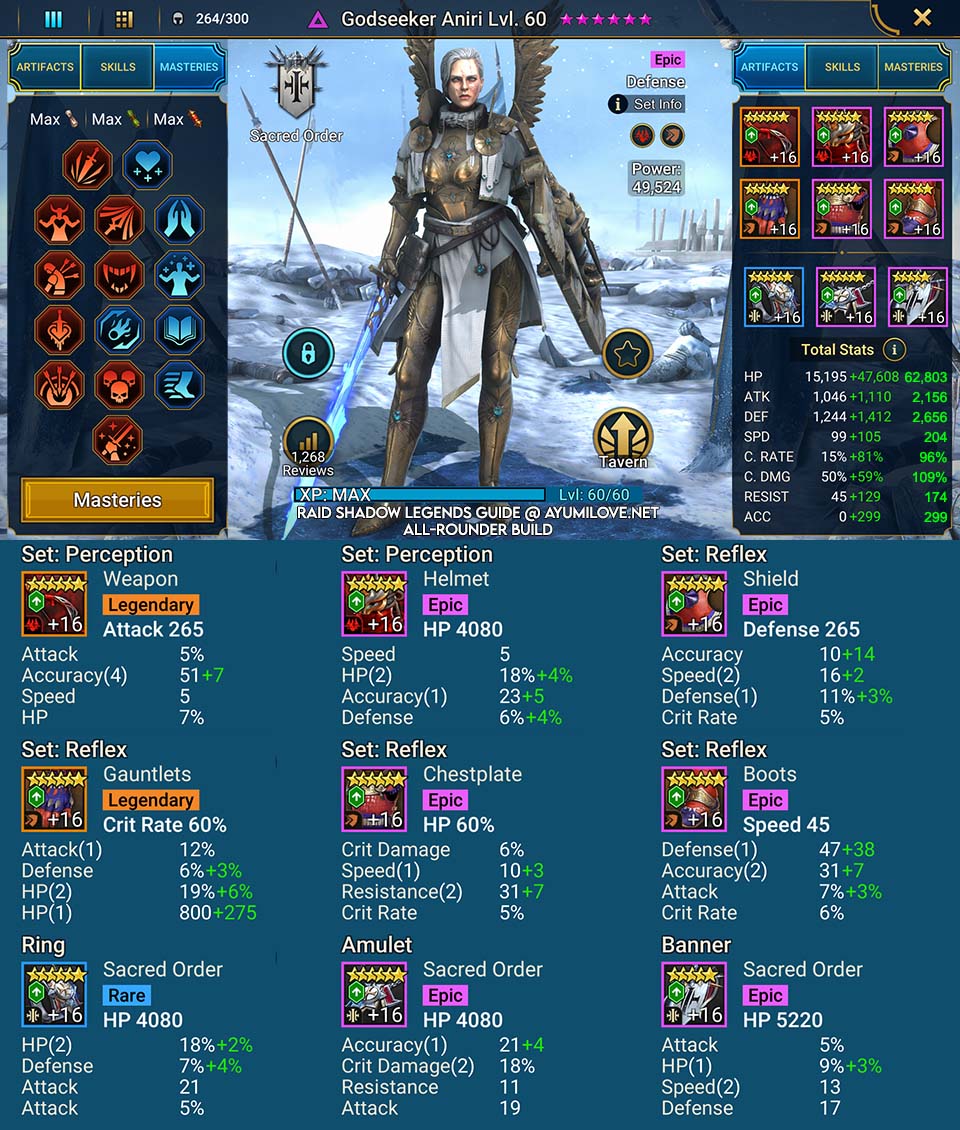 Here is Godseeker Aniri’s artifacts and masteries by YST optimised for Budget Super Tanky Clan Boss, which can also be used for other content too. Godseeker Aniri is equipped with Speed Set to achieve a specific speed range for the speed-tuned Clan Boss team. The stats prioritized for Godseeker Aniri are Speed (SPD), Defense (DEF), Critical Rate (C.RATE) and Critical Damage (C.DMG) with a decent amount of Health (HP) to maximize her damage output against the Clan Boss. Accuracy stat is optional unless you have plans to use her Quest for Meaning skill to decrease all of the enemy’s buffs duration in other areas of the game such as Dungeons and Faction Wars. 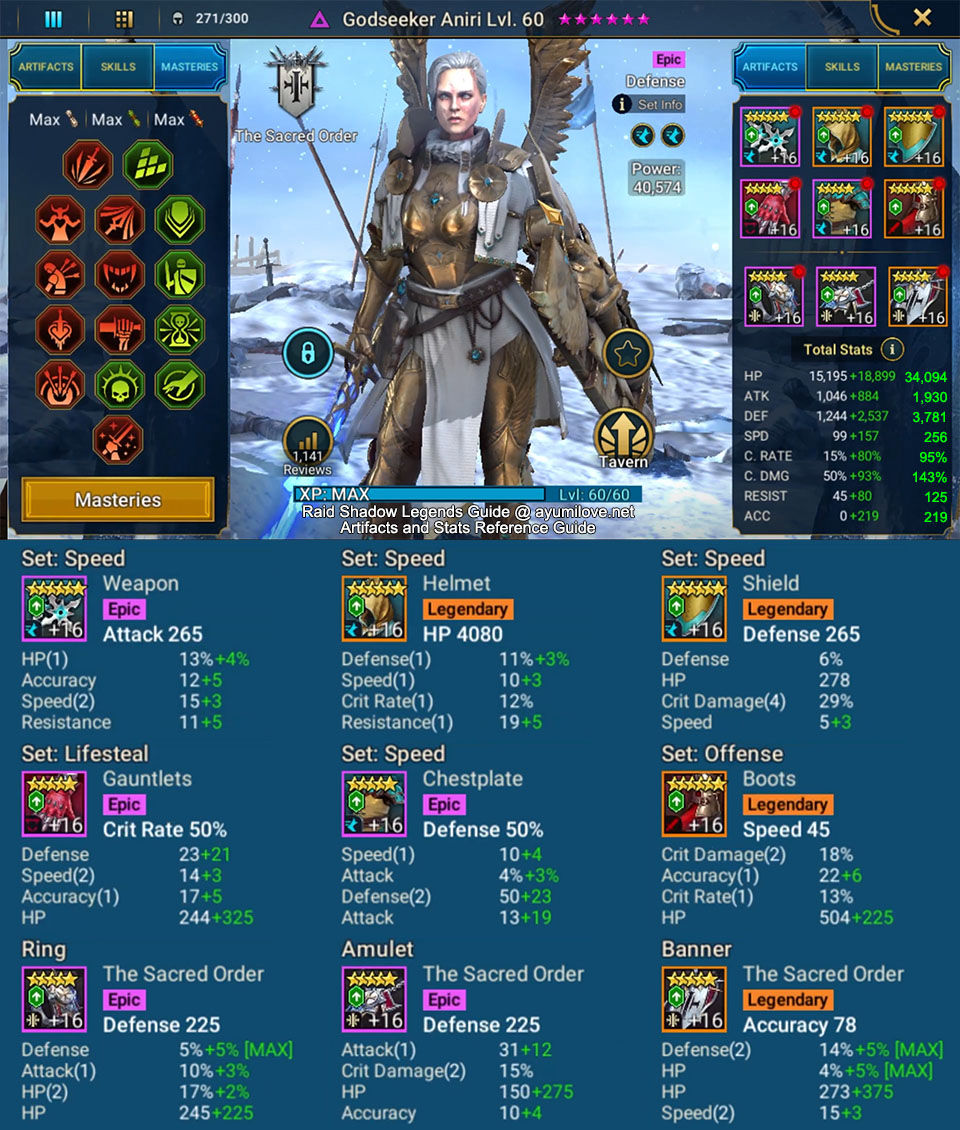 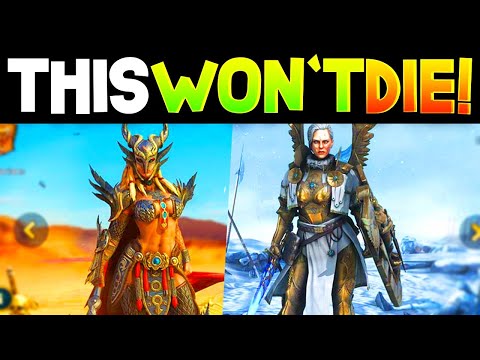 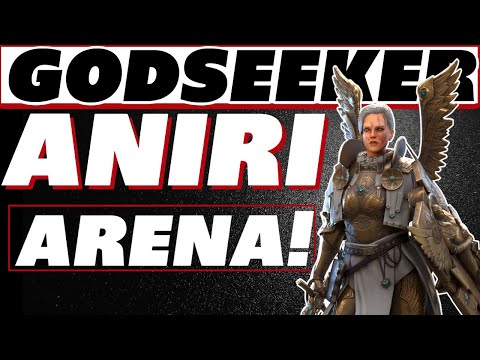 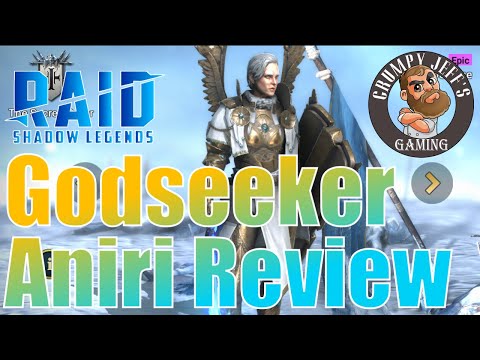 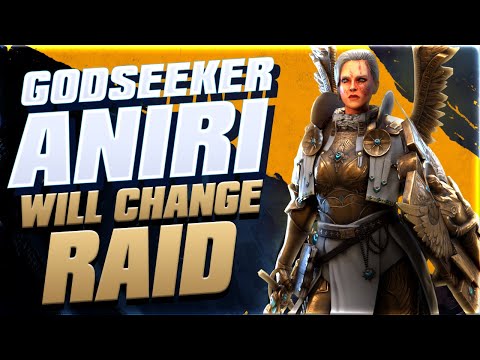