Pre-requisite: Snorting Thug to be equipped with Lifesteal Set and equipment with high Resist and Defense stat. Try as the rulers of Teleria might, it is impossible to enforce the law everywhere and without failure. Just as there will always be those who abandon morality and principles for the sake of gain, so too crime will persist in different forms. Be it thief guilds, bandits and brigands, or even hired assassins, members of all of Teleria’s prominent races can be found on the other side of the law. Due to their bestial nature, Skinwalkers are shunned and denied entry to many large cities. Yet, some authorities tolerate their presence. In most cases, there is little comfort to be found in such acceptance as superstition and fear drive the common folk to greater displays of suspicion and paranoia. It is not uncommon for these Skinwalkers to find themselves with no means to survive apart from a life of crime. Fortunately, their strength and toughness make them ideal candidates to serve as enforcers for various gangs. It was not difficult for a destitute and hungry minotaur to take up the role of a thug. He learned to fight from the moment he could walk, he had the strength of three grown men, and, most importantly, he had no scruples about smashing a few faces to get by. Such simpleminded determination and a talent for violence could not go unnoticed, and the Thug – for that was all anyone ever called him – came to the service of one of Nabruk’s guilders. From there on he spent most of his days guarding his master’s possessions, scaring off rivals, or ‘persuading’ other merchants to accept deals that were less than beneficial. Though indeed a thug by all definitions of the word, this creature does have the potential to rise above his fate and serve something greater. Perhaps the less-than-honest skills he had picked up could put to good use in Teleria’s service. 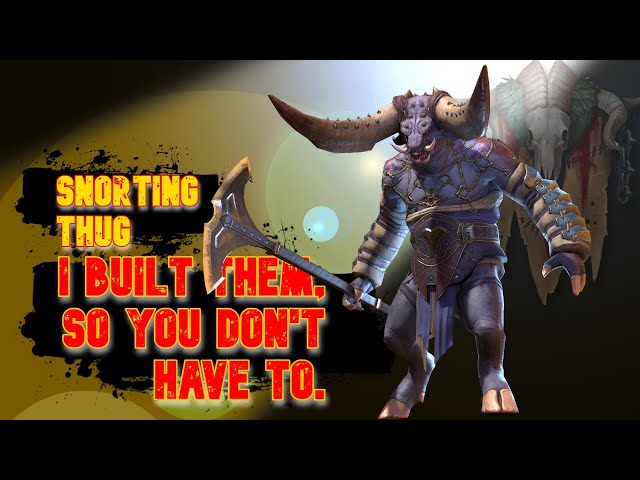 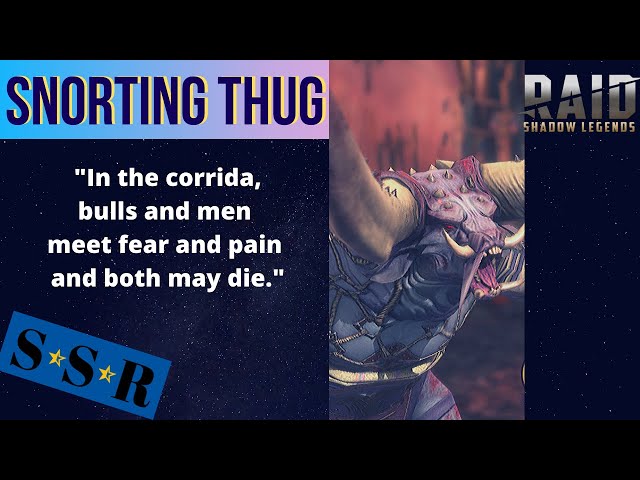 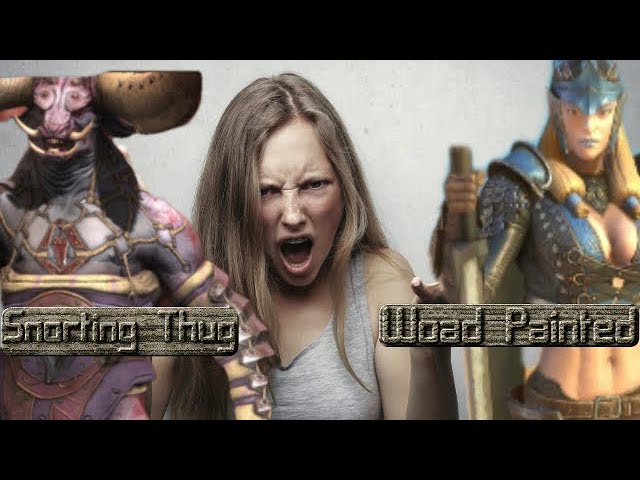