Awaken Chaos Era Gemini Dragon is one of the Arcane Dominator dungeon where you farm Guard Set, Divine Set and Rebel Set gears by defeating the boss guarding the area. Gemini Dragon has 2 unique abilities that makes this boss challenge. The first ability is the more attacks you inflict on him up will cause him to go Berserk mode. Beserk mode increases hit Attack, Critical Rate and Critical Damage stats and this self-buff cannot be removed by your hero skills. The second ability is the boss skills are damage boosted when his Health reaches 50% and below. In addition, his right Ragehammer Guard applies Immune buff to prevent the boss from being inflicted by any debuff, while the left Ragehammer Guard applies Defense Buff to reduce the damage intake from your heroes.

How does the Gemini Dragon Boss mechanics work?

How to beat Gemini Dragon?

Gemini Dragon Menu: There are 14 stages you can choose to fight against the Gemini Dragon enemies to farm gears. The last 2 stages are Hell Mode difficulty, which has enemies that are much more difficult to defeat. From this menu, you can check the enemy’s skills and the popular team formation used by other players to defeat Gemini Dragon’s enemies. 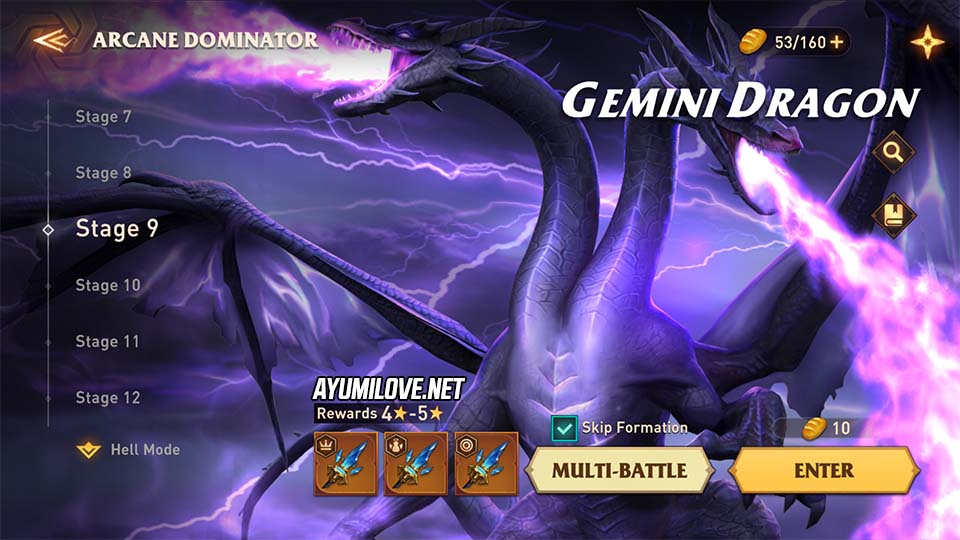 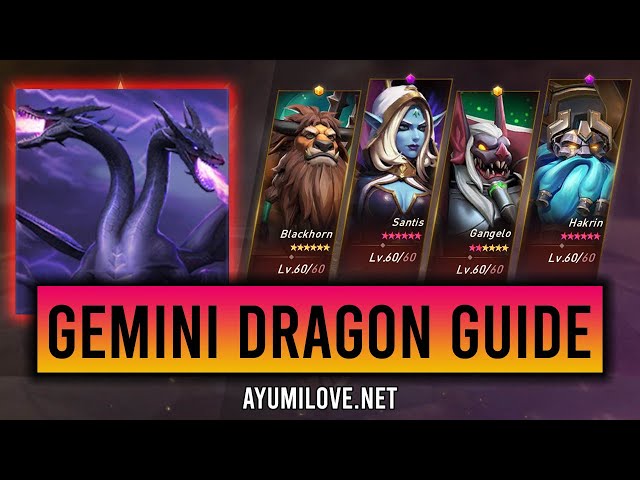 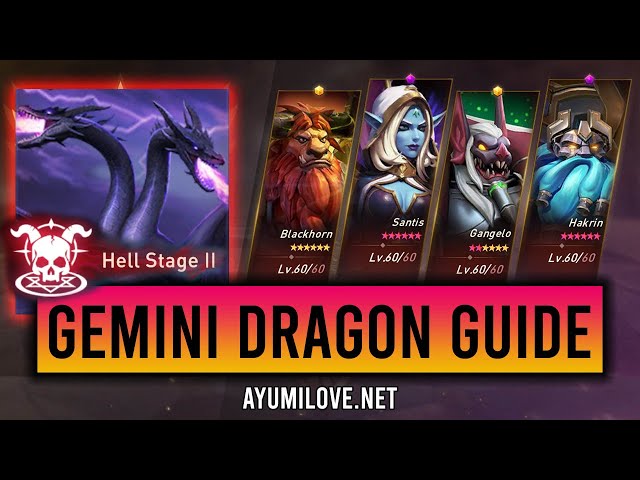 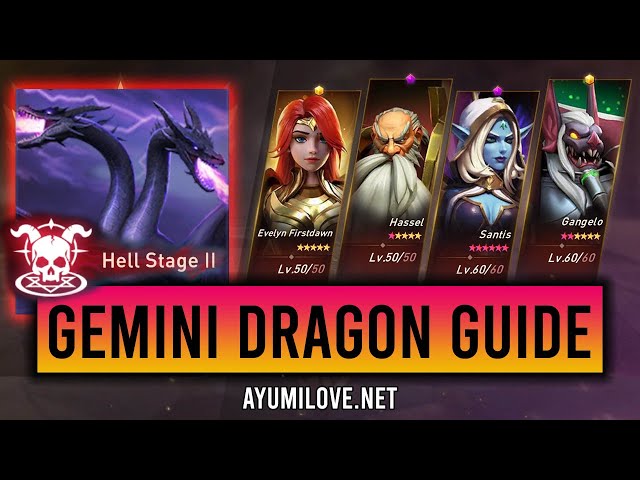 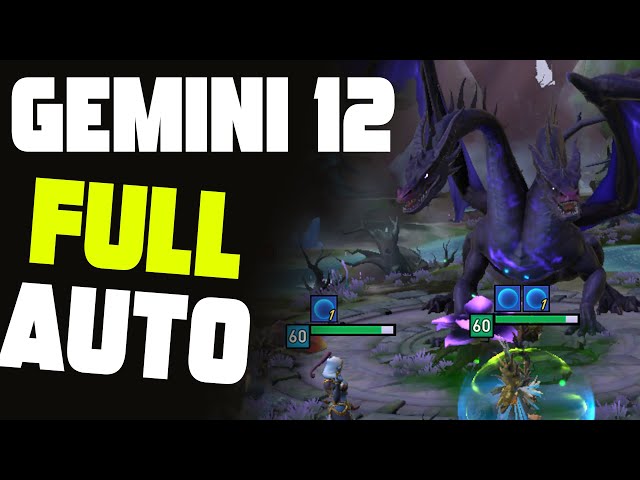