Awaken Chaos Era Lord of Holy Light is one of the No Man’s Land dungeon where you farm Light Gems, Light Crystals and Light Obsidians to upgrade Light element heroes. Checkout the Lord of Holy Light boss skills and the strategies below to learn more about this dungeon so you can farm it more efficiently!

How to beat Lord of Holy Light Boss?

There are no enhancement of the enemy skills from Stage 1 to 9 for this dungeon. 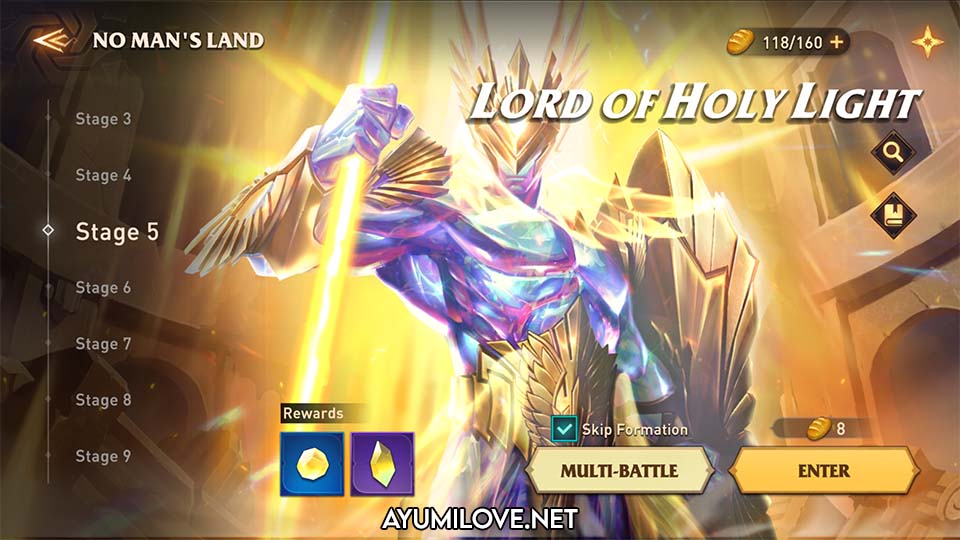 Lord of Holy Light Battle (Wave 1/2): You will need to defeat the first wave of Paladins before getting to the Lord of Holy Light boss. These enemies does not provide much of a threat as they are pretty slow and can be easily wiped out using any element AoE (Area of Effect) nukes. 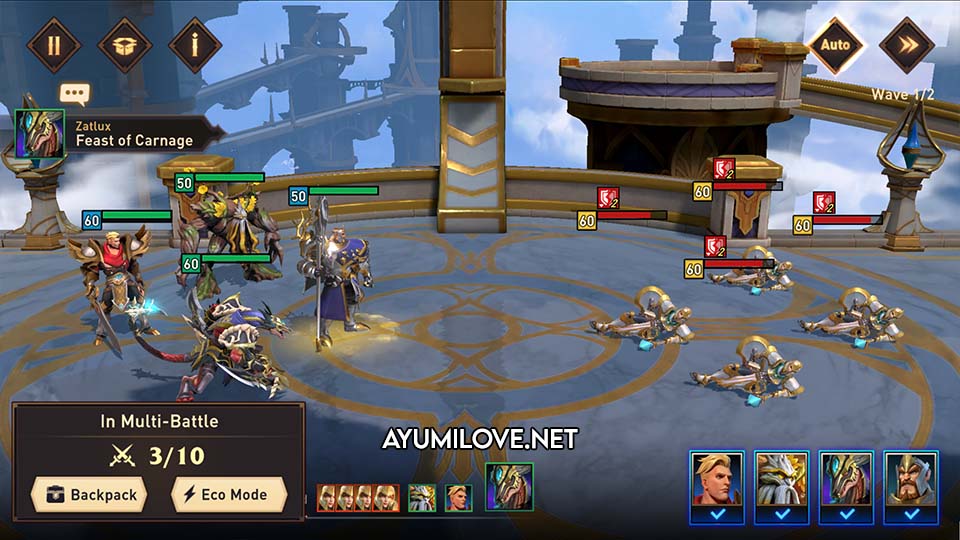 Lord of Holy Light Battle (Wave 2/2): This is the Lord of Holy Light boss residing in this dungeon where you will be farming his Light Gems, Crystals and Obsidian drops. Apply consistent buff removal on the boss to prevent him from stacking up buffs that leads to increasing his skill’s damage output. Kaluk is one of the accessible Elite heroes you can use to counter this boss easily. Ensure your buff remover heroes have sufficient Focus to strip away the buffs! 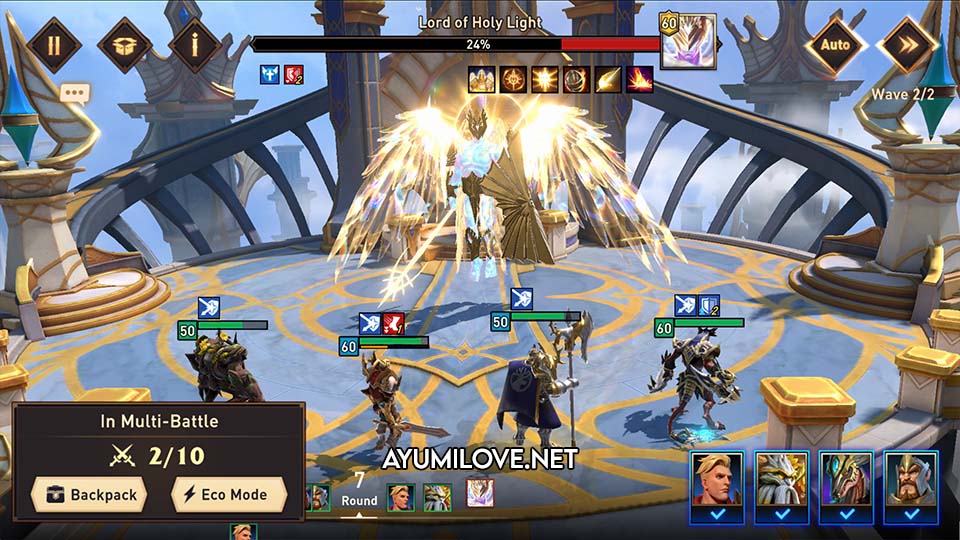 Lord of Holy Light Battle Results: After defeating the boss, you will be greeted with the Battle Results. The one shown here is the multi-battle result along with the total items being collected from farming this dungeon. It’s recommended to farm Stage 4 to upgrade Elite Hero skills (highest amount of Light Gems), Stage 6 for Epic Hero skills (balance of Light Gems and Light Crystals), and Stage 9 for Legendary Hero skills (Light Crystals and Light Obsidian). 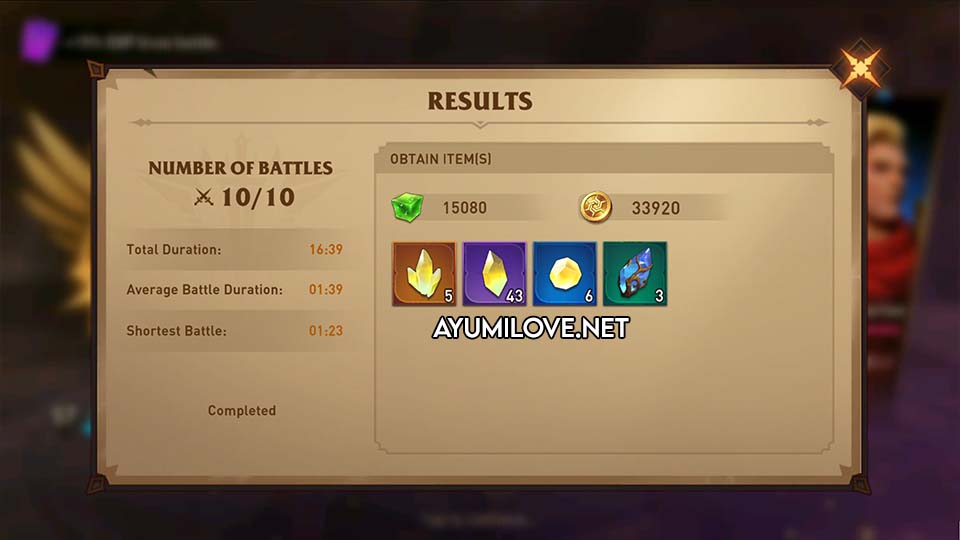